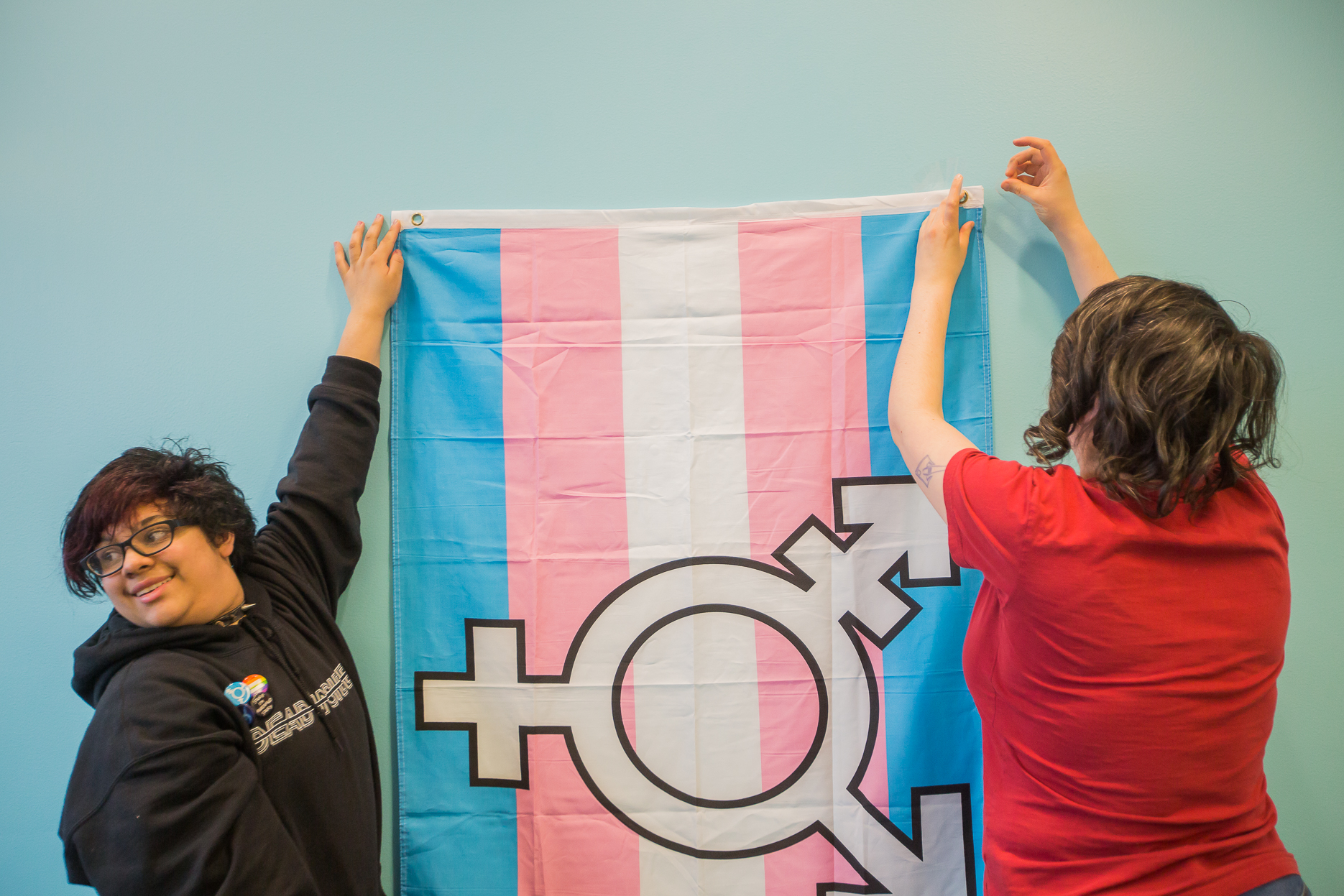 Gay Lesbian Or Whatever (GLOW), Sexuality And Gender Alliance (SAGA), Gender Sexuality Alliance (GSA), or Gay-Straight Alliance (GSA) as most commonly known – the advocacy has many monikers. To educate straight and cisgender people, to harbor LGBTQ+ kids, to mobilize LGBTQ+ students to make change in their school community, some combination of the above – it serves many purposes and goals. Despite its numerous nuances, the GSA has become a staple of the modern school community that accepts, or at least pretends to accept, the LGBTQ+ students in their midst.

While we can claim Seattle is a liberal bubble that negates the need for such clubs in our accepting schools, claim all our LGBTQ+ students feel safe being themselves without GSAs, claim homophobia and transphobia are issues of the past, and claim kids have more freedom than ever before when it comes to exploring and expressing gender and sexuality, GSAs are still, in fact, a necessity in all schools, even in our happy welcoming Seattle.

I know because I attend one of the most accepting schools to LGBTQ+ students in Seattle, and I benefit from our SAGA every Tuesday during lunch, and I’m cis! (Please keep that in mind while reading; I am a cis person writing about trans issues. I am not an expert.)

With transphobic hate crimes on the rise, trans students are increasingly vulnerable to harassment and bullying. Even more so are trans students of color, with American Indian and Middle Eastern trans students enduring the highest frequencies of in-school harassment among all races, generally. Similar to racism, misogyny and transphobia intersect to beset discrimination twice as intense upon trans feminine students among all trans, cross-dressing, and non-binary students. Disabled trans students also struggle more than average, with 82% having at least one negative experience in school contrasted to 77% of trans students overall. Clearly, transphobia is not the issue of the past many claim it to be.

GSAs and similar clubs are key in fighting this discrimination and creating a space free of it for healing. They allow trans students to connect with students like them and students who support them. Students who have a GSA at their school are less likely to feel unsafe at school because of their gender expression. They are also less likely to miss school due to harassment. Trans students also report feeling a greater sense of connection to their school community if they have a GSA. The benefits of a GSA are abundant.

Over the last few months, as part of my senior project, I conducted an investigation of Seattle Public Schools’ (SPS) so-called “safe, welcoming” environment. After over 20 hours of scouring SPS’ websites (which are all in desperate need of updating), sending emails to GSA leaders and principals, calling front offices, and entering everything into a massive spreadsheet, I confirmed that 26 of Seattle’s 101 public schools have a GSA-type of club (I couldn’t reach seven schools). More specifically, 13 of the 16 high schools, 11 of the 13 middle schools, three of the 11 K-8 schools, and none of the 62 elementary schools have a GSA.

I know what you’re thinking: It’s understandable none of the elementary schools have a GSA. Little kids shouldn’t be thinking about that stuff so young anyway.

You’re not alone if you thought this. An impressive number of office administrators, when asked by me on the phone if their school has a GSA-type club, prefaced their “no” awkwardly with, “We’re an elementary school…”

But why is it so uncalled for to expect or at least hope for a place to talk freely about gender and sexuality in an elementary school? The world already sexualizes children regularly. Their sexualization manifests when we ask a little boy if he has any girlfriends yet and when we tell a little girl that that boy who teases her just likes her. The only difference is that this sexualization is heterosexual. We’re afraid of exposing our youngest members of society to the world of LGBTQ+ because our relationships are thought of as exclusively sexual and we need to shield our children from sex (even though we indulge them with copious amounts of violence).

Also, a lot of kids (like me) have LGBTQ+ parents and guardians. In a GSA space we could at least bond over that commonality if not our own identities. I would have greatly appreciated an LGBTQ+ club in elementary school to simply feel comfortable uttering the words associated with the community. For the longest time, because no one else said it and it was very taboo, I would avoid saying “lesbian,” but I have lesbian moms. I am also a lesbian. Pathetic, right? I am very confident this would not have been the case if there was a safe space at my elementary school dedicated to open LGBTQ+ conversation.

Further, kids are extraordinarily gender fluid creatures. For the most part, they’re constantly breaking gender norms. Sadly, though, this free exploration is too often cut short very early in their childhood because they quickly learn what a girl is supposed to be and what a boy is supposed to be. GSAs could partially combat our gender-binary brainwashing by embracing kids how they are and inviting them to continue their identity searching through elementary school and beyond.

Because they are usually behind the creation and upkeep of clubs and after-school activities, the complete absence of GSAs in Seattle’s public elementary schools is very telling of our parents, guardians, and teachers. In middle and high school, when kids start to run the school clubs and activities, GSAs become much more common. This can only lead me to conclude that it’s the adults who are uncomfortable with LGBTQ+ things, not the students they claim to be protecting.

After asking schools if they have a GSA-type thing and receiving a “yes,” I asked if their club is trans-inclusive. While all of the Seattle schools who have a GSA said they’re inclusive of trans students, not all of them could report having actual trans members in their club. While this doesn’t automatically disprove their previous profession of inclusion, it does leave it up to question. Contrary to popular belief, trans-inclusion is not a given in school GSAs. The very (original) title – Gay-Straight Alliance – is extremely exclusive and binary. It includes straight people before trans, a very backward way of thinking if you ask me. Fortunately, though, many schools have realized this outdated language and have responded with changing the names of their clubs to include gender and other sexualities besides homosexuality.

Our school district has come a long way, but until every out and closeted trans student in Seattle is guaranteed a place of refuge from the torment, a place to mobilize for meaningful school-wide and community-wide change, a place to connect with others like them, a place to further explore their identities, and a place to live as their authentic selves, we still have work to do.

Please comment how, if at all, this article impacted you. I crave your feedback, thoughts, and praise!