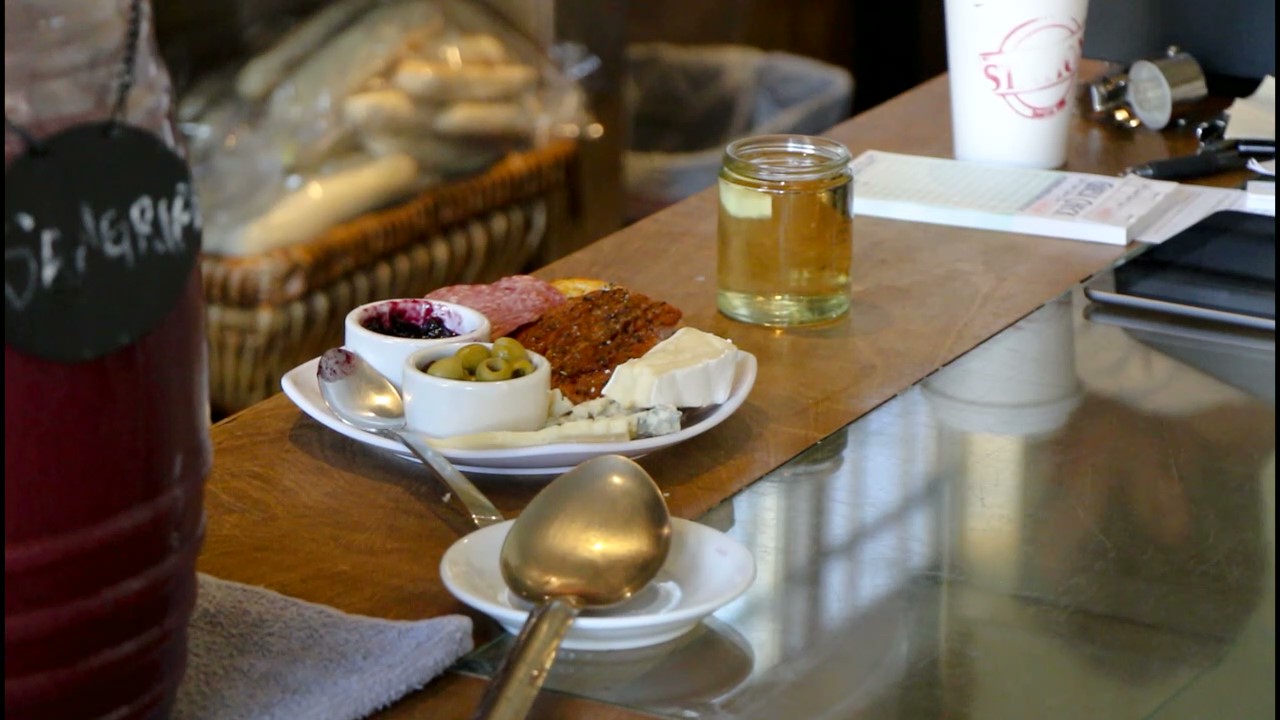 As dusk consumes a Thursday night, music, conversation, and clinking of glasses fill a compact nook in Beacon Hill, where locals find comfort in serious political discussion between sips of cabernet.

At one table, a local prosecutor discusses racial profiling in police traffic stops, while another pair of friends rebuff the popular Hollywood trope of a “white savior.”

The Wine Station brought fine grapes to the South Seattle neighborhood when it opened its doors last November, but for co-owner Luis Rodriguez, it’s just another chapter in a long story of community engagement.

With his new wine bar, Rodriguez, who shares ownership with his wife Leona, and Jaimée Marsh, set out to bring the alcoholic beverage to what he said is not its typical demographic.

“I wanted to make sure that people of color feel welcome around wine,” Rodriguez said. “When they go to another wine bar they feel comfortable and knowledgeable.”

Beacon Hill is one of Seattle’s most diverse neighborhoods. According to 2010 data from the U.S. Census Bureau, the Beacon Hill population nearly 50 percent Asian, 21.7 percent white, 17.6 percent Black and 8.5 percent Hispanic.

Wine, Rodriguez said, is typically associated with upper-class whites, and people of color may be discouraged from partaking if they don’t understand the drink’s many nuances and classifications.

In addition to a full range of wine varieties, the bar boasts a worldly menu of small plates inspired by dishes from India, Italy and Mexico. Adding even greater versatility is an upcoming morning operation in which the building will run a political bookstore.

Rodriguez already has an established presence in Beacon Hill as the owner of The Station coffee shop, which opened eight years ago in the same building that the wine bar now occupies.

The Station moved to a larger space across the street in February of 2017, but Rodriguez wasn’t willing to sell his old building. Alongside coffee, The Station used to sell wine, beer and sangria.

“For me, it was a no-brainer to open a wine bar,” he said. “To me, the building already felt like a wine bar.”

It isn’t just about bringing vino to a new neighborhood for Rodriguez, who said he also wants to create a safe space for political discussion in a diverse community. That word “community” is the real key.

Growing up in Baja California, Mexico, coffee was an integral part of Rodriguez’s life. From the age of 5 his father served him café con leche, a coffee-milk hybrid that is popular throughout Latin America.

More important than coffee, Rodriguez learned from his father the importance of a supportive local community. Rodriguez said his father, who was affectionately referred to as “Don Luis,” knew everybody in his hometown, and knew that there was a responsibility to take care of one another.

Java Love eventually changed its name to Baja Bistro before closing in 2009. With two young sons of his own, Rodriguez sought to emulate his father’s legacy, and in 2010 he opened The Station in the hopes of fostering political discussion among local residents.

Referencing the drink’s history as a plant native to Ethiopia that eventually spread across the planet, Rodriguez explained that his passion for coffee is directly related to the diverse demographics that make up his clientele.

“Coffee was something that belonged to black and brown,” he said. “We build a safe space for a lot of people.”

Kisa Nishimoto, a longtime Beacon Hill resident, is the marketing and communications manager for the Rainier Scholars, an organization dedicated to helping low-income students of color achieve four-year college degrees.

Having frequented The Station for several years, Nishimoto was visiting the wine bar for the first time. She said Rodriguez and his businesses are ideal representations of the community discourse and accurately reflect the neighborhood they serve.

“He first and foremost is a community member that advocates and supports people in the community and people of color,” she said. “What Luis creates is a hub, a hub for people to come together, share ideas and celebrate their culture.”

While the new wine bar has taken over Rodriguez’s old building, the coffee shop is thriving in its larger space in Plaza Roberto Maestas, and the addition of a light rail station across the street has also increased the appeal. Rodriguez said the best part of his business’ success is his ability to create new jobs in the shop and hire more employees of color.

“They add a sense of community and bringing people together here on Beacon Hill,” Maestas said. “You run into lots of people that they know.”

For now, the plan for Rodriguez is to focus on running his two shops, but he said somewhere down the line he hopes to open another business that can’t be found in Beacon Hill: a Sunday brunch spot.

In the meantime, Rodriguez and his businesses stand as pillars of stability in a metropolis characterized by rapid development.

“So much change has happened in Seattle. I think it’s important for business owners to preserve community,” Nishimoto said. “I think that we need more businesses that make that a priority.”

Alex Visser is a contributor to the South Seattle Emerald. His work has appeared in local newspapers in Seattle and across Washington state.