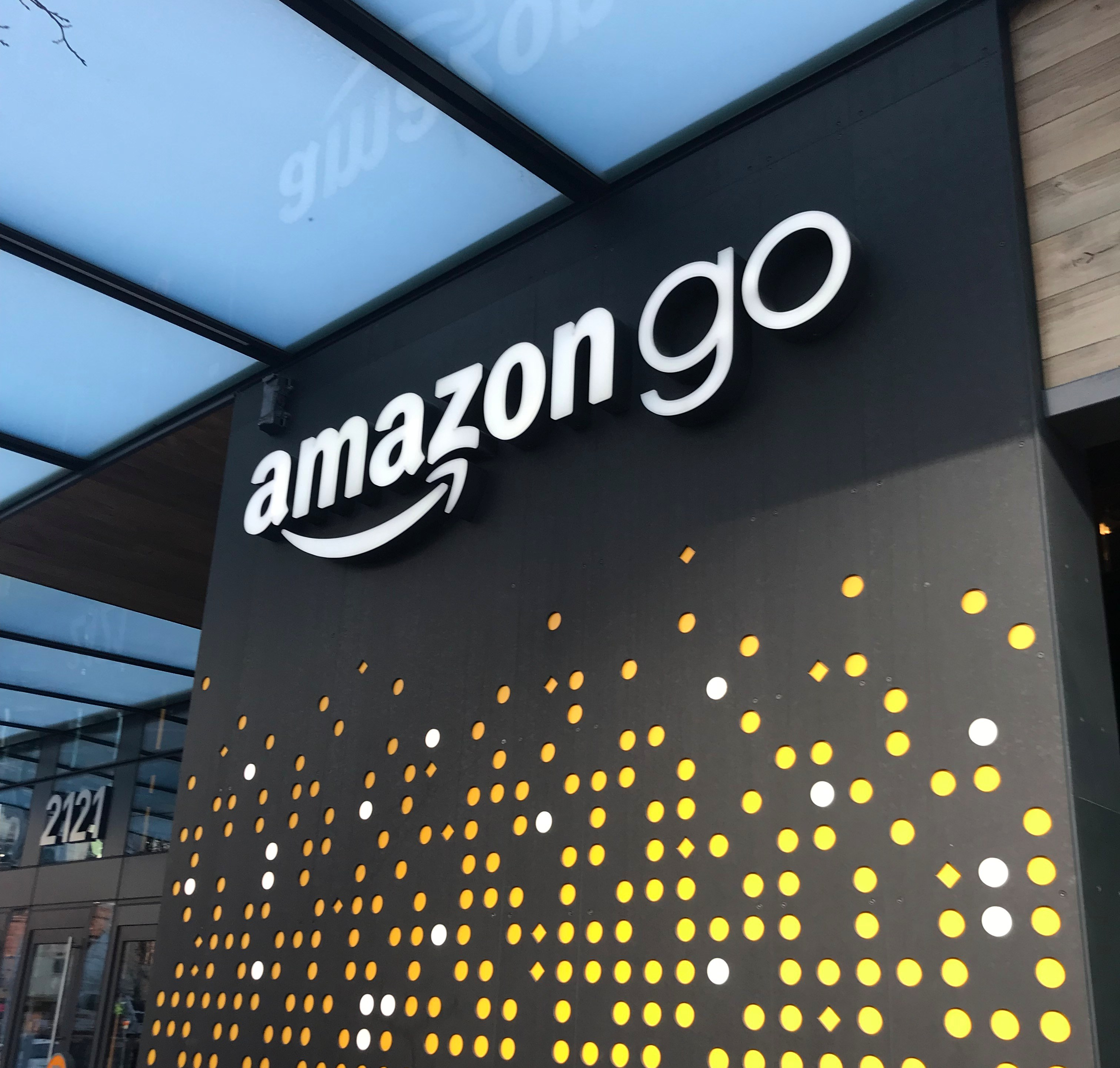 Located in downtown Seattle on Blanchard Street & 7th Avenue Amazon Go is the first store of its kind. To get in you must first download the Amazon Go application (app); which means to get in you must have a smartphone. You must also have a credit or debit card to enter into the app in order to be charged for your items. So if you do not have any of these things. do not even try to go to Amazon Go. It is not for you. You will not get in.

Seriously, they have people, wearing very bright orange shirts, who stand at the door to let you know you will not get in without the app and a credit card. Those same folks will also kindly show you how to download the app and input your credit card information into it.

Once you have the app you must flash a barcode from your phone across a scanner connected to a sort of turn style; which will grant you entrance into the cashier free domain. Amazon Go is not very big. It looks like a really nice convenience store with a high-tech entrance and exit system and cameras tracking your every move. Though the alcohol is well guarded and requires you show an actual human your ID. 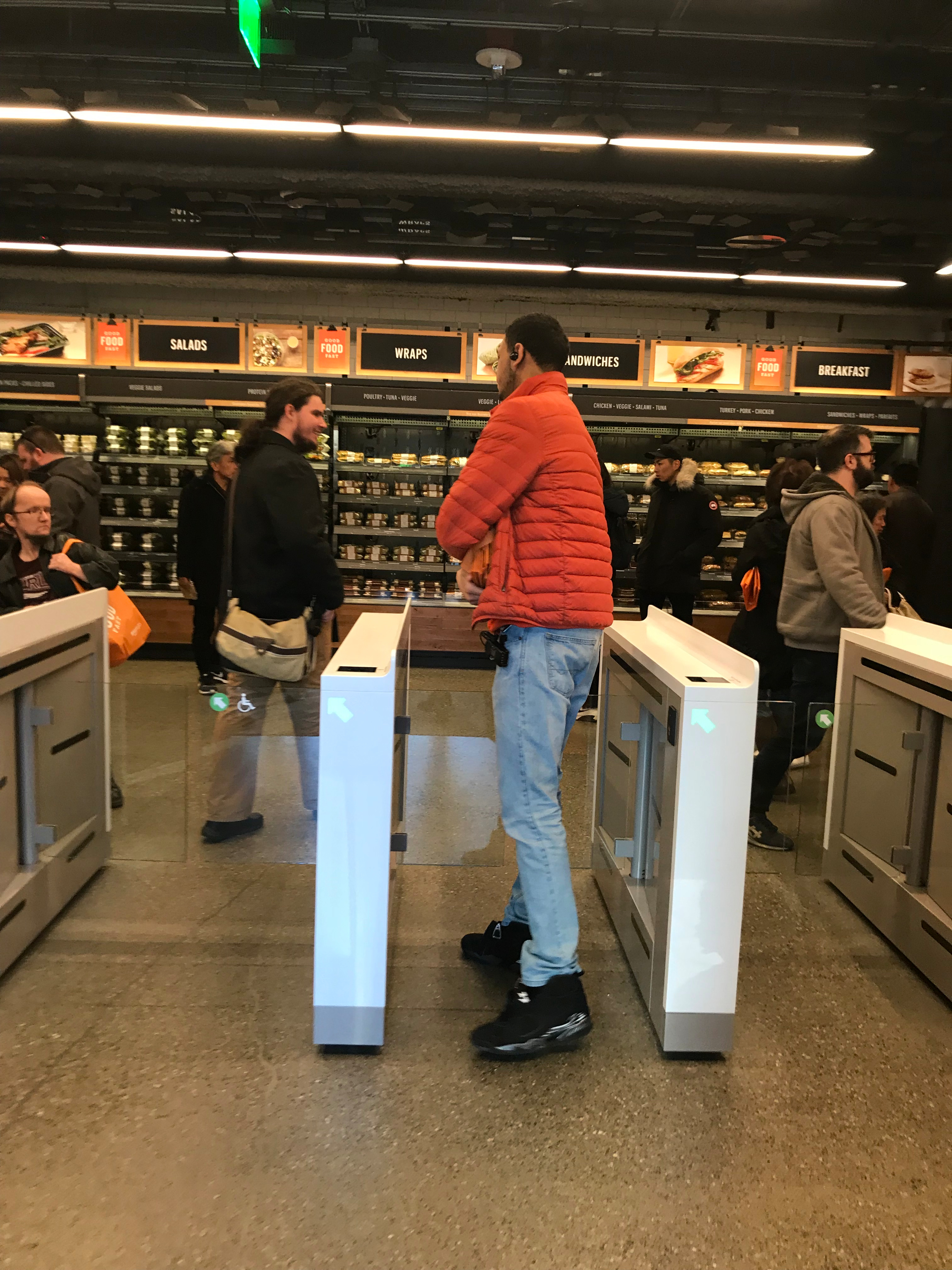 The day I visited the small high-tech convenience store was very busy—full of tourists, Amazon employees, and downtown dwellers. I walked from one end of the store to the other in less than five minutes. I could have done it faster, but I didn’t want to be too suspicious. I did everything everyone else did but was also wearing very big sunglasses trying to act like no one would notice me. After all, the promise of Amazon Go is you can walk in, grab what you need and walk out without paying a cashier! Just in case you forgot, I’m brown and that sounds like a set-up.

We are all busy, but if you are “don’t have time to wait in line for my groceries and interact with a human cashier” busy, Amazon Go is your convenience store fantasy. It is also a working-class nightmare.

Amazon Go is a store model which will likely further expand automation and the continued elimination of working-class jobs like being a cashier. This is a frightening reality for the working class people of Seattle already being pushed out. The future does not look so bright for moderate means families in Seattle as working class jobs cease to exist in the city, the cost of living continues to increase, and the thousands of highly compensated jobs Amazon offers remain out of reach for the people who need them most.

Truth is Amazon is not simply doing this through Amazon Go. Their warehouses are also highly automated and quickly moving towards eliminating human workers because they just don’t move as fast or efficiently as machines. After all, Amazon is a business whose number one goal is to increase their bottom line. It would not surprise me if in the near future Jeff Bezos, like Mark Zuckerberg, begins advocating for a basic income (also called universal income). Without a basic income many families will cease to have money to purchase basic items let alone shop on Amazon!

Not to sound like a Black Mirror fanatic, but how far-fetched is a dystopian Seattle where all the poor and working class have been pushed out of their jobs by automation and now live on basic income in suburban slums? How far-fetched is it that all of the physical non-Amazon Go grocery stores have gone out of business and are replaced with Amazon Go or online grocery services? How far-fetched is it that Amazon refuses to put Amazon Go in the poor neighborhoods for fear of theft and instead those living in food deserts are forced to order what meager groceries they can afford online and those groceries are delivered by drones?

Automation is not inherently bad. It is like fire. Fire will burn you if not handled with thoughtfulness and care. Fire can keep your house warm or it can burn it down. There are some jobs that automation can make safer and more effective. If corporations shared their profits with their workers, automation could make jobs safer, shorten the workday, and increase workers pay. But most corporations are loyal only to their stockholders and not their workers; especially not blue collar workers.

Our education system is failing to educate our children for this brave new world—especially black, brown, and poor children. As a result, automation seems like more of a death threat to the working class than a lifesaver. But the real problem is not automation. The real problem is racialized capitalism and economic stratification; which is inherently exploitative and extractive. 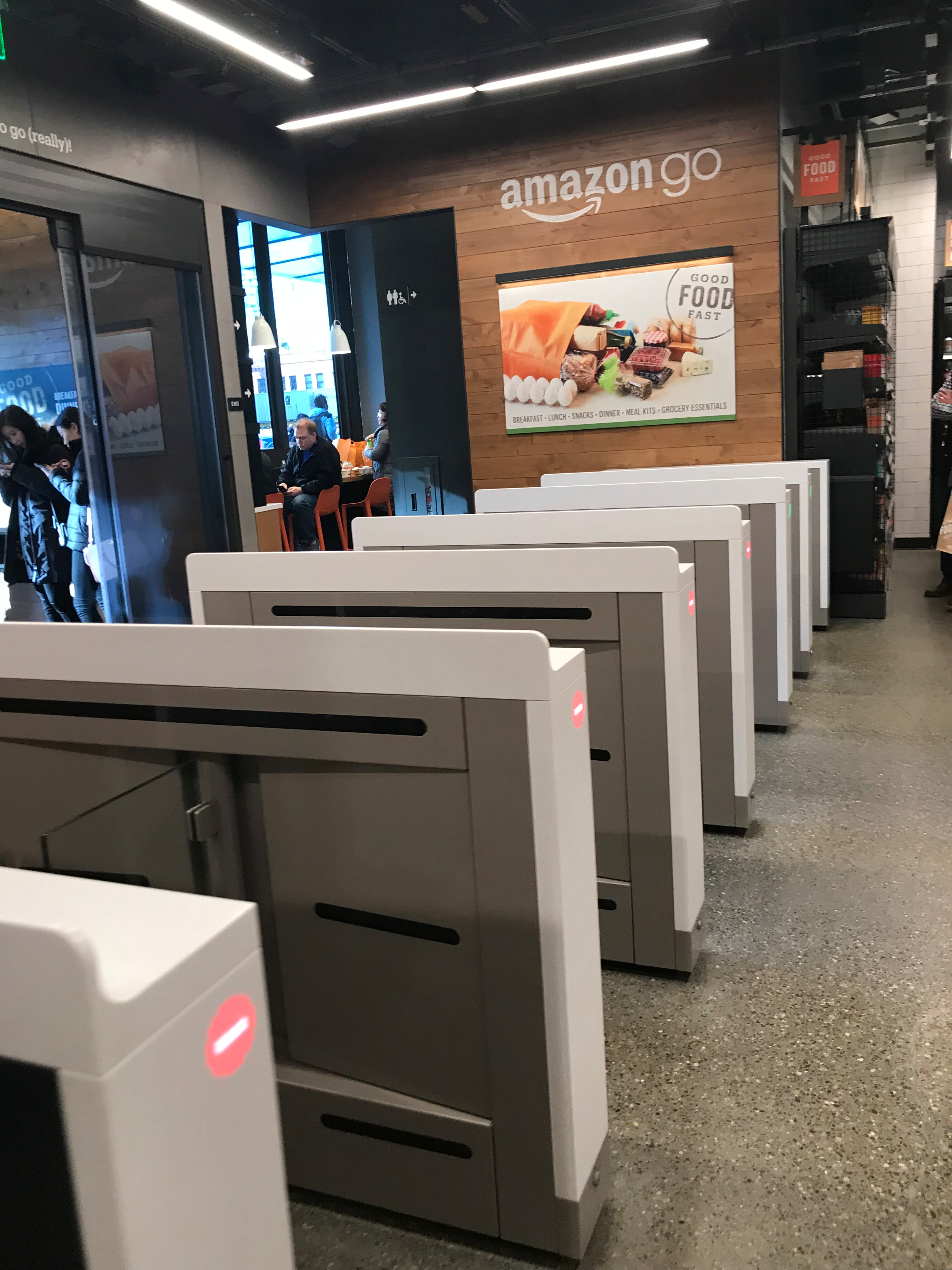 Racialized capitalism strives to make money off of people, establish and preserve a poor and working class, and utilize race to ensure that the same white wealthy men who currently hold most of the world’s wealth continue to do so. Automation plus racialized capitalism (and white supremacy) equals Black Mirror in real life. After all, if you watch Black Mirror it is not because the storylines are so implausible, but rather because the storylines are a little too plausible to turn away.

So to say the least, while I did not buy anything at Amazon Go and I will probably never go there again, it did give me a lot to think about. Whether we see it or not the next wave of racialized capitalism (and colonialism) is upon us. We need to be careful because this house is already on fire.

Thank you for the food for thought, Jeff & Amazon Go. 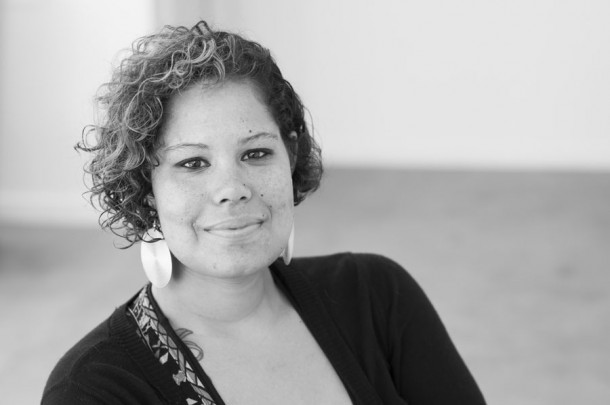 Nikkita Oliver is an activist, lawyer, spoken word artist and former mayoral candidate for Seattle. She is also a member of the Seattle Peoples Party. Follow at @NikkitaOliver

One thought on “Amazon Go: Black Mirror in Real Life?”