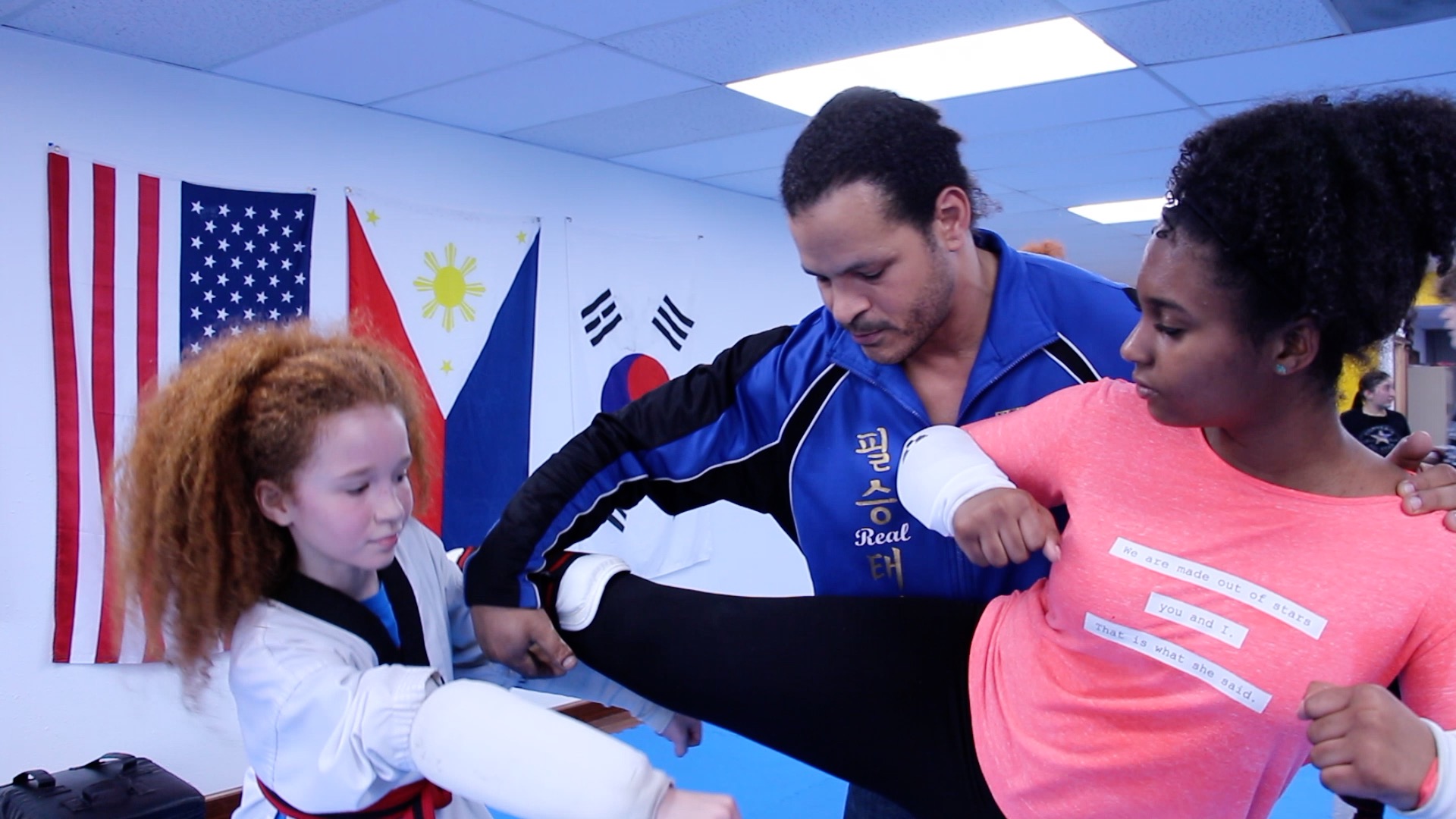 With three decades of martial arts experience under his belt, Maxwell LaRoy knows how to teach taekwondo.

It’s why he opened Victory SEA Taekwondo, a dojo in the Skyway neighborhood, one month ago. He said taekwondo can teach kids empathy, validation, and respect — qualities he hopes to inspire in his students and the community they live in.

The opening of LaRoy’s dojo has been a bright spot in Skyway, a community whose unincorporated status has often left it short of resources. The neighborhood, which joins seven others with the same status to form an area collectively known as West Hill,  doesn’t belong to a local government. This means most of its funding comes from King County — an amount some residents say has not been enough to develop proper access to transportation and medical care for the neighborhood’s 17,000 residents.

In the absence of funds, many residents assume multiple roles in the community. There’s the insurance agent who counsels teenagers; the pastor who fundraises with the family center. Neighbors who keep an eye out for each other when the town’s day-only sheriff’s office closes for the night.

Then there’s LaRoy. Tall, muscular, dressed in blue sweatpants and a martial arts robe, he looks the part of someone who’s spent more than half their life practicing martial arts. He has a deferential air that matches what he’s trying to instill in the community: a sense of discipline and virtue.

Nadia Haas, a 10-year-old student of LaRoy’s, said the challenge taekwondo presents has taught her discipline, confidence and how to stay motivated in tough situations. She said in school these skills help her focus. LaRoy’s classes can be tough, but they push her to challenge her limits.

“You don’t get in trouble, but you do get yelled at,” Haas said, smiling.

Sonja Haas, Natasha’s mom, lives in Rainier Beach and has been taking her kids to the dojo since it opened. She said LaRoy works hard to keep his practice affordable, making sure every family can participate regardless of their income. The business, she added, has also been a draw to an area that’s often viewed as a shortcut from Renton to Seattle.

Other parents say LaRoy is a positive influence in a community where single mother households are common.

Roughly one in five households in Skyway is female-led, meaning there is not a husband or father present, according to census data. Single mothers like Maria Ancira, a massage therapist in the community, see LaRoy as another person who can teach her kids life skills in the absence of a positive male role model.

Ancira’s 8-year-old son has competed in several competitions since he started training with LaRoy in September. Since then her son has started volunteering to do dishes and laundry — things he never offered to do prior to training with LaRoy.

LaRoy likes being that support. He said the most gratifying part of teaching taekwondo is being available to students who need a shoulder to lean on.

Beyond Skyway, LaRoy operates an outreach program where he teaches taekwondo in low-income neighborhoods across Seattle. LaRoy estimates he has 60 students. Every once in a while they congregate at his dojo for a group practice. LaRoy said he believes the gatherings bridge divides between kids in different communities.

“I’m giving the kids the freedom to be who they want to be in any neighborhood,” LaRoy said.

Another longtime Skyway resident whose children train with LaRoy applauded the dojo and what it provides young members of the community.

The parent, who did not want to be named for privacy reasons, said future investments in the area should mirror LaRoy’s commitment and not be apart of the gentrification that has affected other historically low-income neighborhoods in Seattle. She added the effect of Seattle’s skyrocketing home prices is leeching the neighborhood of its diversity and any future investment should focus on the people already living in the area.

“I love it,” the parent said of LaRoy’s dojo. “It’s been a great place for our family and I hope there are other investments in the community that invests in people here.”

Featured image: Nadia Haas, left, works with another student during a sparring practice at LaRoy’s dojo. Maxwell LaRoy, center, said he hopes to teach students respect, empathy and other life skills that have positive impacts in the community. (Photo credit: Max Wasserman)