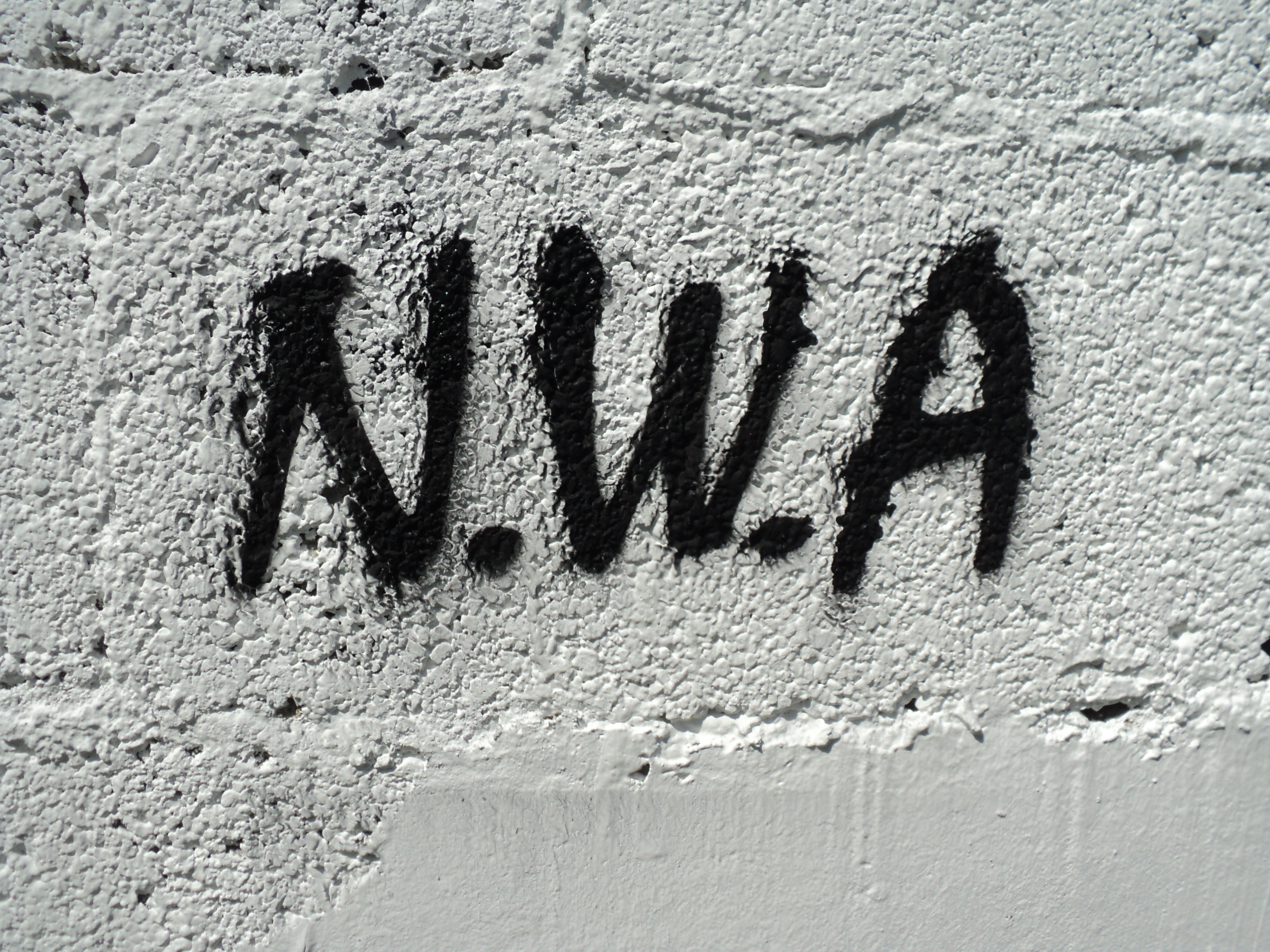 Based in the systemic suffering and inequality faced by inner-city black youth, hip-hop and rap music has reached a surprising level of popularity in a society that denies the racial hierarchy it was founded upon and continues to support.

The n-word has been a facet of hip-hop and rap music practically since its creation, becoming mainstream with the popularity of West Coast “gangsta rap” styles in the mid-80’s. At that time, the n-word’s existence in rap music served to break down the societal definition of a “nigger” and reflect on what the n-word really means. Take for example NWA’s song ‘F*ck the Police’, in which they rap,

“A young nigga got it bad ‘cause I’m brown

And not the other color, so police think

They have the authority to kill a minority.”

As a light-skinned black girl who comes from a solidly middle-class family, the context of stereotypical hip-hop culture is something I find completely unfamiliar. Gang violence, generational poverty, and the meager social expectations of being belligerent, unintelligent, and violent are not things I’ve experienced consistently throughout my life. From my own observations, many die-hard fans of hip-hop and rap music can’t relate to these traumas either.

A huge demographic of rap listeners in my community are middle-class white teens with a limited understanding of systemic racism and white privilege. This holds true around the country, as most people who download hip hop music are white teens living in the suburbs. White people listening to rap music is not inherently bad; anyone can listen to any kind of music they enjoy. What is inherently bad is when white rap fans use the n-word while listening to hip-hop and rap music.

We have always lived in a racially inequitable society. In America, black people have always existed at a lower tier on the socioeconomic spectrum than white people. It’s very important to remember this historically persistent power dynamic when thinking about the n-word’s use today. In defining the n-word, those in power defined the black person as less intelligent, inherently violent, and higher risk. Whether or not we individually recognize this to be true, these social expectations have subconsciously defined what a black person should be in our minds. Because these characteristics which define the n-word still exist in the way we perceive black people, we have not reached a point in our society where we can say the n-word and assume it carries no weight.

We live in a society where black men and women are routinely murdered by the police, where black teens are followed through stores because they look suspicious, and where black women constantly must slap white hands out of their hair. The belief that there is an unfair double standard if black people say it and white people can’t point to a lack of understanding of this prevalent racial injustice in our society. Being called the n-word in a derogatory way is a disproportionately larger injustice than being unable to say the n-word when rapping along to your favorite song.

This illusion of an unfair double standard leads to white people deciding that if they can’t use it, then black people shouldn’t be allowed to either. While I understand the argument behind abandoning the n-word entirely, the motivation here is based in a feeling of being left out. The reality is, no white person can police a black person’s use of the n-word. Wanting to abandon a word defined by centuries of racial violence and trauma is entirely just, and whether the n-word should be used at all is an active conversation on the table. White voices have no place in that conversation, especially when their participation is based in an illusion of unfairness.

When and how the n-word will be used is something to be decided specifically by the black community.

It feels distinctly wrong to me that white teens who likely know little about systemic racial discrimination actively try to be ‘more hood’ and call their similarly privileged white friends ‘their niggas’ with little to no repercussions. Because they are the ones oppressed by the n-word, black people have the power to choose for themselves if they want to reclaim it or not. Black people can use the n-word at their own discretion; white people do not have that authority.

Many youth in my community seem to be under the assumption that we live in a world where racial slurs should bounce off our skin without leaving a mark. Unfortunately, this is not a reality; we live in a society defined by racial injustice. We need to look at this issue with a heightened degree of empathy: if you were to put yourself in the shoes of displaced, mistreated, and continuously neglected black Americans, would you say ‘nigga’ so readily?

Vivian Brannock is a Senior at the Center School, where she is an activist for racial injustice. She is also a big fan of dogs, and particularly cute ones can make her cry.

2 thoughts on “No, The N-Word is Still Not Appropriable”