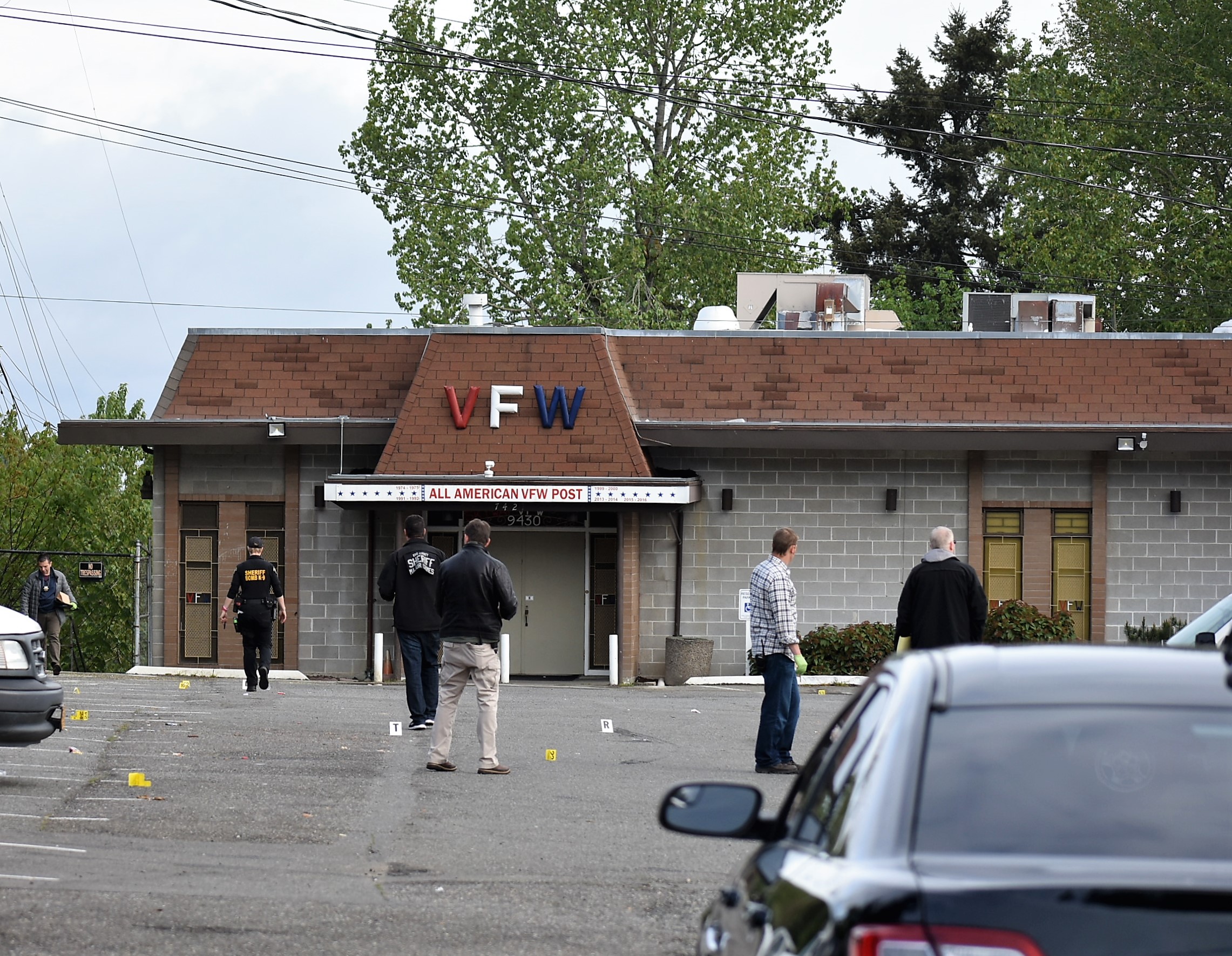 Two people are dead and two are wounded after a gunfight took place early Sunday morning in a Skyway parking lot.

According to the King County Sheriff’s Office, the shooting took place in a parking lot in Skyway in the 12600 block of Renton Avenue South about 4 a.m.

A Sheriff’s Office spokesperson said a fight broke out at what they described as a “biker family party”, then shots were fired.

According to the spokesperson, some of the gunshot victims made their way to a Renton McDonald’s at 73 Renton Ave. S. A 24-year-old man died there, and a 36-year-old man died at Valley Medical Center, the Sheriff’s Office said. One person was also injured in a car crash on the way to a hospital.

The two gunshot victims at the hospital are expected to survive. Three other people are at a hospital being evaluated for injuries that are unrelated to the shooting. The three include the car crash victim and two other who suffered panic attacks, the spokesperson said.

The crime scene is currently taped off and local residents are being advised to stay away. Sheriff Office investigators are at several locations and trying to develop a fuller picture of what happened.