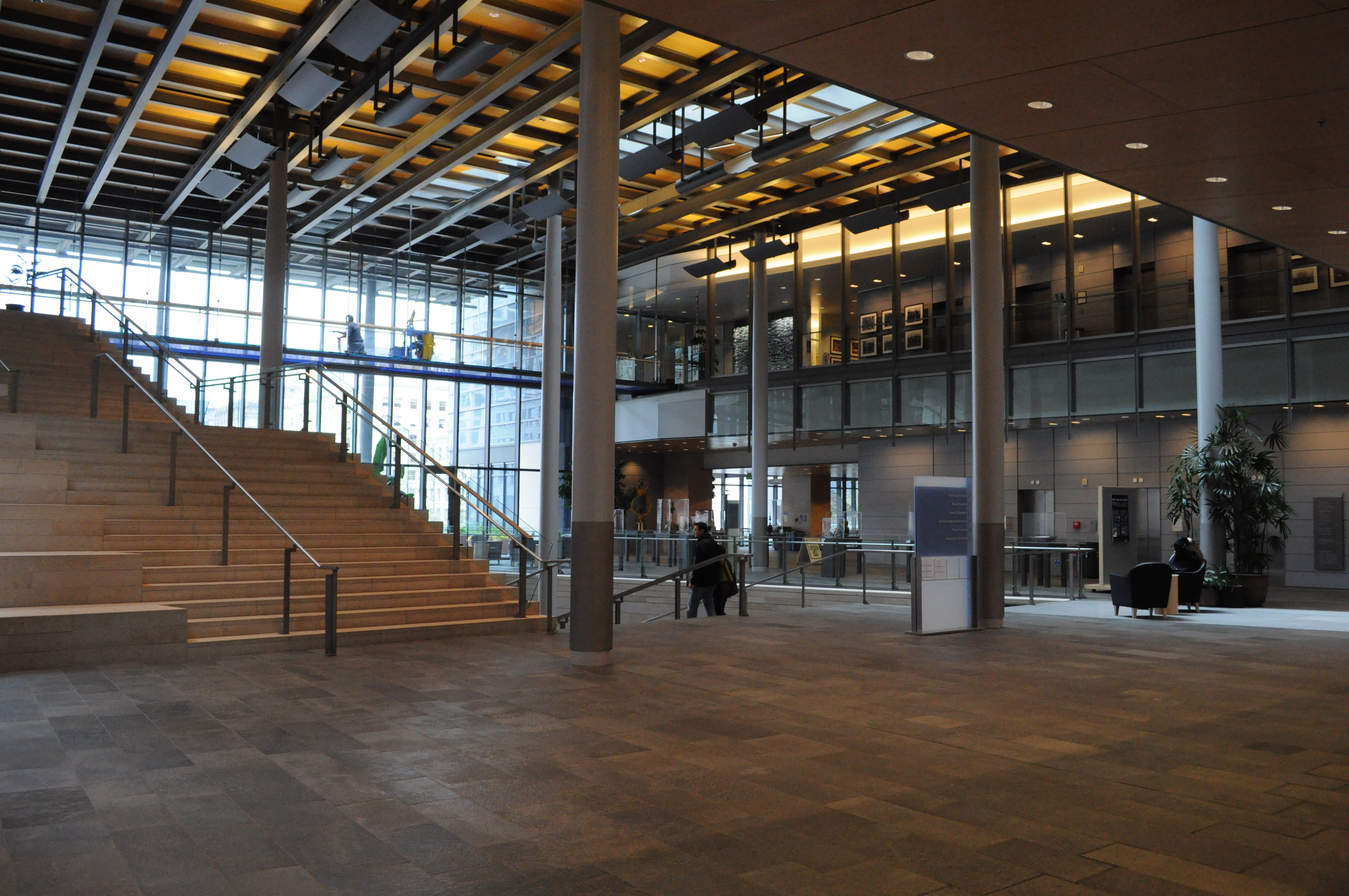 In spite of negativity and division, everyone seems to agree: Something must be done.

On Monday, May 7th, I went to the council hearing on the Mandatory Housing Affordability policy (MHA). As I pulled up to Franklin High School, I saw several police cars—no doubt a reaction to the angry mob Councilmembers faced at a hearing the previous week in Ballard. Or, perhaps the police presence was in response to the recent physical eviction of a councilmember from a neighborhood celebration.

Inside, two officers stood in the wings of the school auditorium as a crowd slowly filed in. The crowd totaled about 150, many representing SCALE and Seattle Fair Growth – organizations that object to growth— and most of them were white.ere white.

Unlike the event in Ballard though, a brief presentation was permitted and was followed by two hours of passionate, but respectful, public testimony.

Some were there to oppose MHA, objecting to what they believe was poor community outreach or a perceived giveaway to developers. Some believe the plan is too focused on housing for high-income earners. Others objected to the idea of increasing housing at all, preferring a new park. One speaker objected to paying for homeless services at all if it means increased taxes on homeowners.

“Why are we spending money to serve the homeless?” she asked.

Still, most of the speakers came to express their support of the plan, even bringing suggestions for how to make it better. And it can be made better, if council demonstrates a true commitment to equity.

The most common thread, whether folks support the plan or not, is that the city must do more to mitigate the displacement that is already happening and that will continue if left unchecked.

What the heck is MHA?

At its most simple, Mandatory Housing Affordability is a policy meant to increase the number of housing units that are affordable to working families. It requires every new multi-family housing development (apartment building) to either set aside a percentage of their units as income-restricted or to pay into a fund that will be used for affordable housing development. Essentially, in exchange for the ability to build taller, developers must either include affordable units in their building or pay into the fund.

The catch is that the policy doesn’t kick in until the city gets “rezoned” to allow for greater density in different neighborhoods. MHA,  as a citywide policy, has not yet passed—however, some neighborhoods have adopted the rezones, which triggered the new rule in the UDistrict, South Lake Union, Downtown and Chinatown/International District. The citywide policy, though, is still under consideration, with an anticipated vote this summer.

Speakers expressed the belief that the rezone is triggering displacement because the ability to build taller also raises property values in the neighborhood, which both raises taxes for homeowners and raises rents for tenants. This may be true, but there haven’t been enough neighborhoods rezoned to see the evidence.

It may also be a moot point. It has become clear that neighborhoods will continue to be developed even without the rezone—and so far, the bulk of that development has benefited, primarily, the most wealthy. Displacement is happening regardless of action—or inaction—by the city.

Also true is that even without the rezone, property owners are already asking higher prices for their property in anticipation of what the buyer will be able to do. Speculation is rampant across the city, especially in south Seattle along the light rail.

Which forces an uncomfortable, but necessary, question:  Could the displacement have been anticipated? And, secondarily, could it have been avoided? The answer is yes and yes.

In fact, it was anticipated by the Seattle Planning Commission, who wrote in 2015:

If unmitigated, new market-rate development in high-displacement risk areas is likely to lead to displacement of marginalized populations.” P. 28. In Southeast Seattle neighborhoods, current zoning suggests that development would likely be medium-density residential development close to light rail stations. Such development would likely be at considerably higher cost than average housing costs in those neighborhoods. If this development replaces or puts upward pressure on lower-cost housing stock, this will exacerbate displacement trends…Alternative 3 (which guides growth to Urban Villages near Light Rail) would require the highest level of mitigation investments in areas where displacement risk is high and access to opportunity is low in order to help ensure that growth benefits existing communities. P.30

High displacement risk urban villages: Othello, Columbia City, North Rainier, North Beacon Hill and Rainier Beach. It is not clear that expanding urban village boundaries supports equitable development strategies outlined for these villages. New development may put upward pressure on rents before community stabilizing investments take effect. A well-resourced mitigation strategy coupled with implementation over time could prove successful but further community engagement and analysis should be undertaken to determine the feasibility and details of such a strategy. P.32

The city has a tool to determine whether a policy will have an adverse effect on racial equity. It’s called the Racial Equity Toolkit and it includes a list of questions policymakers should consider. The tool was intended to be used by community members as a way to hold city departments accountable. But it has morphed into a tool for internal department use.  While it has limitations, the tool is one way the city planned to hold itself accountable for addressing racial disparities in city policy.

The central questions of the Racial Equity Tool Kit are as follows:

So we know that the city has a tool for determining if a policy will negatively impact racial equity. We know that the Planning Commission has already identified the risk of displacement.

And we know, from neighborhood meetings and myriad online conversations, it’s clear that the people of this city—homeowners, renters, and those who have been forced outside—want to do something. They know that something must be done. They have the gut feeling that something should have been done already.

So why the delay?

The city appears to have all of the tools that it needs to address the issue of affordable housing—and the evidence that failing to do so has been detrimental to communities of color. Did the city apply the Racial Equity Toolkit to MHA? If they didn’t do it before, it’s time to whip it out and get busy making the policy changes needed to stop the displacement of low-income people and communities of color.

Tammy Morales is a community organizer at Rainier Beach Action Coalition and a member of SouthCORE – Communities Organizing for Racial and Regional Equity.