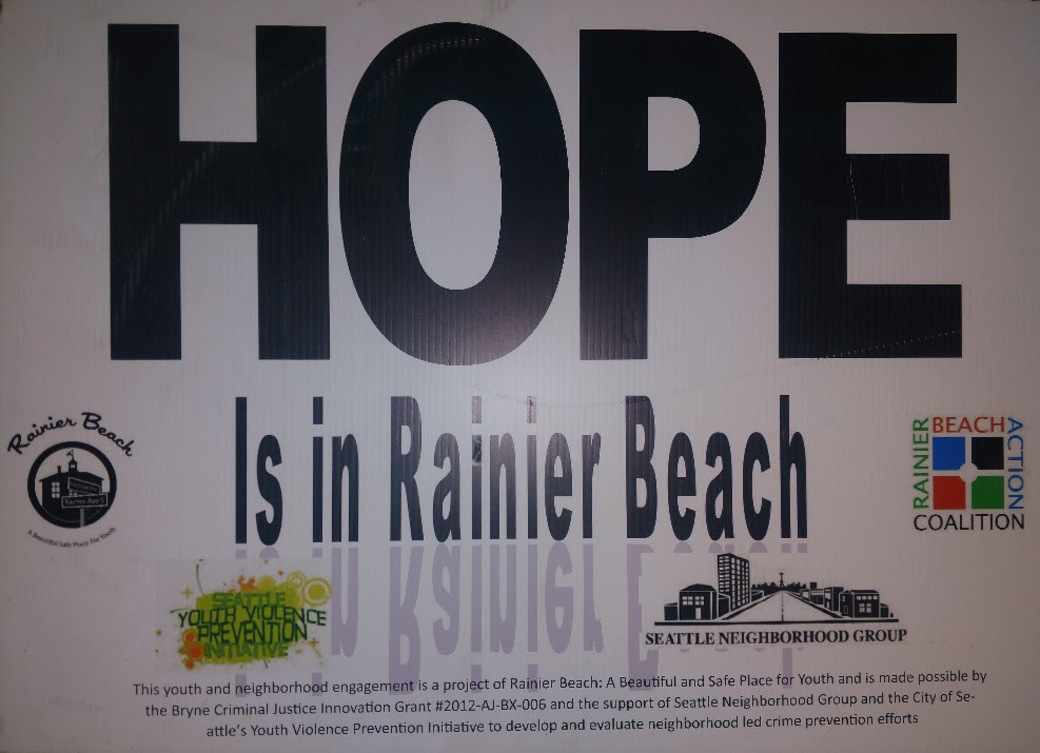 Rainier Beach Town Hall Asks “What Is Killing You?”

The Rainier Beach Action Coalition (RBAC) will be hosting their annual neighborhood town hall for residents this Thursday at South Shore School (4800 South Henderson Street). According to an RBAC spokesperson, this year’s theme, “Is your ____ Killing You” revolves around “remedies to the elements of our education, public safety, and transportation systems that are killing us. Unearth and respond to the parts of our housing, environment and economy that are killing us.”

The town hall is scheduled to run from 6:30pm to 8:30pm. RBAC is encouraging planned attendees to fill out a survey sharing desired neighborhood improvements prior to Thursday’s event.

See Your Favorite Rainier Valley Place on a Photo Banner

Do you have a favorite building or a storefront, an old tree or a street corner where shadows fall just right at sunset? Seattle’s Office of Arts & Culture (SOAC) wants to hear from you.

Art Interruptions, a project of SOAC, are coming to Rainier Valley this summer. Lana Blinderman, one of the selected artists, is creating a series of pole banners resembling giant Polaroid photos, each photo depicting a place important to the Rainier Valley community. The main purpose is to celebrate people’s landmarks, big and small. The banners will be displayed for one year along the Neighborhood Greenway on 45th & 46th Streets.

Suggestions can be sent to rainiervalley2018@exfactorycreative.com by May 30 with subject line “2018 Art Interruptions” and include 1) the name or description of the place, 2) address or cross streets, and 3) why you love it.

SPD Officers Commandeer a Jet Ski to Save Lives

Two officers commandeered a jet ski and braved the choppy waters of Lake Washington last Wednesday to save two kayakers.

Around 7 pm, one of the kayakers called 911, reported his boat was full of water and he was having difficulty breathing. He also told police he couldn’t swim and wasn’t wearing a life vest. The man also told 911 operators that his female friend was also out of her boat and in the lake about 100 yards away

Police arrived on the scene, saw a woman riding a jet ski near the shore and flagged her down. She turned her jet ski over to Officers Morgan Irwin and Mark Rawlins and provided a life vest.

The officers hopped on the jet ski and took off toward the stranded kayakers, presumably while playing at least *some* air guitar.

The officers first found the female kayaker clinging to her partially submerged kayak and tossed her a life ring.

They then continued on toward the male kayaker, and found him bobbing in and out of the lake as officers pulled alongside him. Officers were able to pull the man onto the back of the jet ski. The SPD Harbor Unit boat picked up both kayakers and took them back to land.

Police turned the kayakers over to Seattle Fire Department EMTs and returned the jet ski to its very helpful owner.