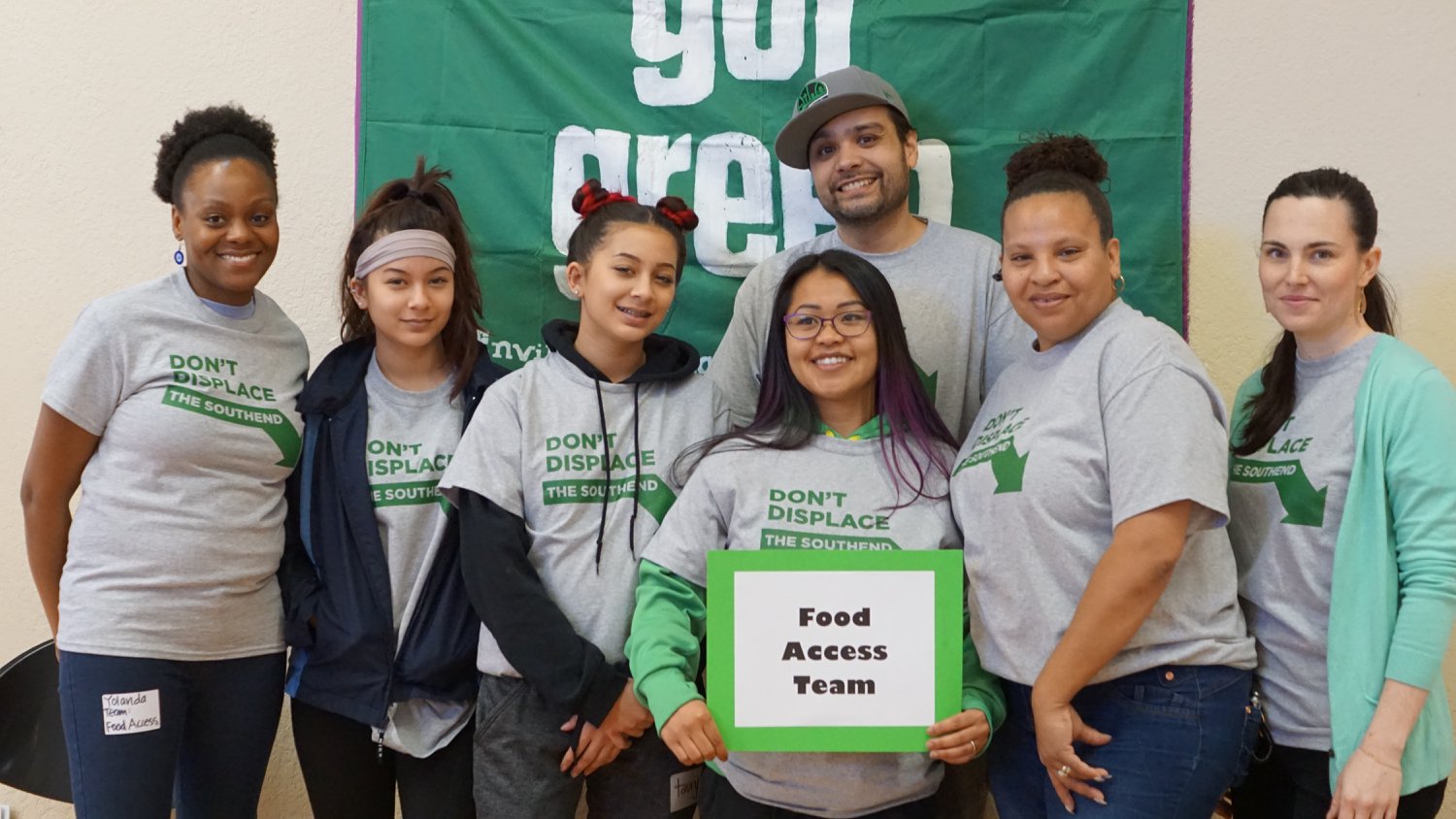 by Yolanda Matthews and Leika Suzumura

Let us start by sharing some initial thoughts about the Sugary Beverage Tax, why we got involved, and how we came to be sitting at this Community Advisory Table(CAB). We first heard about the potential of a sugary beverage tax through the Got Green Food Access Committee. It had recently been passed in other cities and was being talked about very enthusiastically by several on Seattle City Council.

Initially, Got Green and many of the Food Access Committee members were against the tax because of its regressive nature. As we learned more about it, we felt it would pass with or without our support. At that point, a decision was made to organize and mobilize to ensure the needs of the communities most impacted by the new tax would be addressed with the generated revenue. We reached out to community folk in other cities who fought for similar revenue. We were fortunate to have the guidance and support from the organizers of the Berkeley Sugary Beverage Tax, the first to pass in the nation.

That mobilization gave birth to the (then) newly formed  Food Access Coalition; led by Got Green and made up of over 20 nonprofits and community organizations from South Seattle. It was then, as a collective, that we made the decision to advocate for the revenue to be used towards Closing the Food Security Gap, those who make too much money to qualify for food stamps but not enough to afford quality food throughout the month. Through our advocacy in the months leading up to the City Council vote, Closing the Food Security Gap was put into the ordinance as the top priority for programs funded with tax revenue.

Though this was a huge victory, we were disappointed that diet soda was not included in the tax, which we advocated as an equity issue that would distribute the burden of the tax more evenly across different demographics. With the support of a few key council members, we successfully advocated for a Community Advisory Board to give recommendations on how the new revenue would be spent, ultimately building a bridge between the community and the City of Seattle to hold accountability around the set priorities. There are currently four members of the Food Access Coalition sitting on the Community Advisory Board.

There are a lot of great programs being supported by the Sugary Beverage Tax. The Fresh Bucks program is expanding into other outlets beyond farmers markets to be more accessible. Criteria is currently being examined to see how to broaden eligibility for those in the Food Security Gap. Many low-income families are being served through the Fresh Bucks to Go program where they receive a free bag of produce when they pick up their child from preschool. More funding is being distributed to Food Banks to address the emergency food needs of so many families in Seattle. In addition to those solutions aimed at shrinking the Food Security Gap, funding is also slated to go toward the 13th year scholarship for high school students and early learning support for ages 0-5 and their families to reduce disparities in development and school readiness.

The CAB is currently focused on determining how to distribute the $2.8 million that is in reserve for CAB recommendations, along with how to distribute the 2019 budget. The ordinance outlines priority areas like food access and early education, but it is our job to gather input from the community to make recommendations that reflect the needs of those most affected by health and education disparity. Is food access most successfully addressed by subsidizing produce? Does this happen at farmers markets, grocery stores or corner stores? Who should be leading these efforts? Questions like “should community-driven solutions be prioritized for funding over ‘evidence-based’ models?” are creating necessary discussions among CAB members. CAB recommendations to the Mayor and City Council are due at the end of June.

Here are ways you can get involved:

The authors of this Op-Ed sit on the City of Seattle’s Community Advisory Board(CAB) for the Sugary Beverage Tax.  Both of us are women of color, have built roots in the South End, and are longtime Food Justice organizers and activists.

2 thoughts on “$15 Million in New Revenue from the Sugary Beverage Tax – How Should It Be Used?”