In Seattle, I was always acutely aware of my blackness. I felt like the small black font on an all-white page of the newspaper.  No matter how many black typeface words filled the page, the background is all white. Always. White.

Whiteness surrounds you in Seattle. Even more so now than when I left in 2016. My husband and I departed for a fellowship but decided in 2017 not to return. There are myriad reasons we decided to permanently leave, but the one at the top of my list: whiteness. Overwhelming whiteness. Unchecked whiteness. Ally whiteness. Solidarity whiteness. Everything IS about us, nothing without us, whiteness.

After 12 years, meeting my needle in a haystack black husband and some of the most amazing friends who are now members of my tribe, I had to bid adieu to Seattle.

Most people hear this and ask questions something like this, why leave such a beautiful, progressive, liberal utopian city the rest of the country strives to be like?

It’s simple. Seattle is not that city.

Seattle enjoys a reputation as a liberal bastion. I resent this unearned notoriety. It makes me roll my eyes when I mention living in Seattle and people start swooning about how great it is. Truth be told. It is great. For white people. For most black people, it’s a different experience.

Seattle never showed me what it claimed to be, but what it really is: a city that enjoys the mystique of openness and a reputation of being woke, but that, in my tenure, never lived up to this bold statement.

Seattle showed me quite the opposite.

I’ll never forget one of my first experiences of racism in Seattle. I lived in West Seattle when I had “the nigger moment”, a moment all too familiar for black people and defined by sociologist Elijah Anderson as acute, racially biased disrespect. I had moved from Colorado state. It was time for me to switch my license plates to Washington state. I did so on a quick break from work one day. On my way home, I stopped at the Metropolitan Market for a few things. As I got out of the car, I looked at my expired Denver tabs. I decided to change my tabs right then and there for fear of getting a ticket or worse being pulled over by the police.

I grabbed the license plate and tabs out of my vehicle. In my black suit and heels, I proceeded to unscrew the license plate. As I was struggling to loosen the screw, I noticed a white woman looking at me suspiciously.  I ignored her and continued working. I glanced over a few minutes later and she was still looking my way but this time she was on the phone. While taking this in, I notice the store manager and two employees come outside, look in my direction and turn away. I felt uncomfortable especially because I thought surely the store manager recognizes one of the few black customers to patronize the grocer. Then I thought even if he didn’t recognize me surely one of the cashiers whose line I frequent will recognize me. Whether they acknowledged recognizing me or not, no one walked in my direction.

Moments later and after I directly asked the woman if she needed to ask me something, two police cars swarmed into the parking lot and boxed me in on both sides of my car. I was standing by the rear end of my car trying to remain calm, holding the paper that would justify what I was doing with MY car. When the first police officer approached me, I handed him the motor vehicle registration before he could open his mouth. “This is why you were called here,” I say between clenched teeth. He looked at it and immediately registered what happened. To his credit, he told the other officer to leave and then graciously changed my license plates for me. I was grateful for the save but beyond pissed at the humiliation and aggravation I suffered because this soccer mom white woman decided to mind my business and not hers.

This is how whiteness works. A white person feels uncomfortable or threatened by black people’s mere existence in a space perceived as white only and they call the police. No matter the consequence for the black person who more often than not isn’t breaking the law or committing a crime. Look no further than the many examples of living life while Black whether at a BBQ in Oakland, inspecting property for investment or sitting in Starbucks waiting for a friend.

I wish I could tell you these incidents were uncommon or better yet that my situation in Seattle was an isolated incident. But it’s not. This was the first of many such experiences where the liberal whiteness façade was unmasked to reveal the ugly truth.

I’m from the south. I choose to go back to the south. Why would you do that many proclaim? Isn’t it a step back in time?

Maybe. Or maybe it’s a reminder of the time we as a nation/society have never gotten past. To live anywhere in the U.S. and think you have found some section of the country that has “made it” as opposed to others is naïve at best but mainly just wrong.

I am a proud North Carolinian. I grew up in the tiny town of Randleman, home of Nascar great Richard Petty. Overt racism was normal. Expected even. White people are honest with their racist attitudes. And black people are honest with their have zero fucks to give attitudes. Black people don’t have to try and decipher code to determine how white people feel in the south because it’s in your face. Not like in Seattle, where there is so much emphasis on being anti-racist that actually deconstructing what it is or looks like to be racist falls by the wayside. The desire to be seen as a “good” white person outweighs honesty about how problematic whiteness can be. Honestly, I found being black in Seattle exhausting and fatiguing. Once away from it, I realized how deep my physical, spiritual and mental health had been impacted. For me, leaving created an opportunity for me to come back home to the south. For all of its ills, I find some peace here.

Macon, Georgia is our new home. It is deep south. It’s honest, sometimes uncomfortable south. I’m not claiming it to be better or worse than the Pacific Northwest. It’s different. White people and their whiteness still surrounds me but it doesn’t threaten to suffocate me with a persistent need to be validated, included or stamped for approval.

On a recent return visit to Seattle, in one day alone, every white person that greeted me said the same thing, “Oh my God! I love your hair!”. Yes, my natural hair is fly. But does it warrant random strangers losing their minds over it, no. What I came to realize by the end of the day, other than I was back in Seattle, was the notice had more to do with white people looking for a way to give themselves a pat on the back for “seeing” me even if in the most superficial way.

Black folks can and should sit this one out. White folks this is on you. Deal with it. Figure it out. Do better. Be better.

Sonya Green is an Engagement Reporter at the Center for Collaborative Journalism at Mercer University in Macon, GA. Green previously served at 91.3 KBCS as the Interim Assistant General Manager, News Director and the inside collaborator for Localore: Finding America. A series produced for the project earned the Katherine Schneider Journalism Award for Excellence in Reporting on Disability, a national award given by the National Center on Disability and Journalism at the Cronkite School of Journalism at Arizona State University. Sonya left her position at 91.3 KBCS radio in Seattle in 2016 after being selected to the Knight-Wallace Journalism Fellowship at the University of Michigan. While at the fellowship, Sonya researched how language, attitudes and approaches in journalism narratives can perpetuate stereotypes about race, class and identity.

Featured image is a cc licesned photo by Seth Sawyers 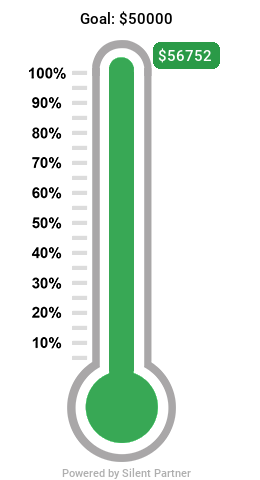