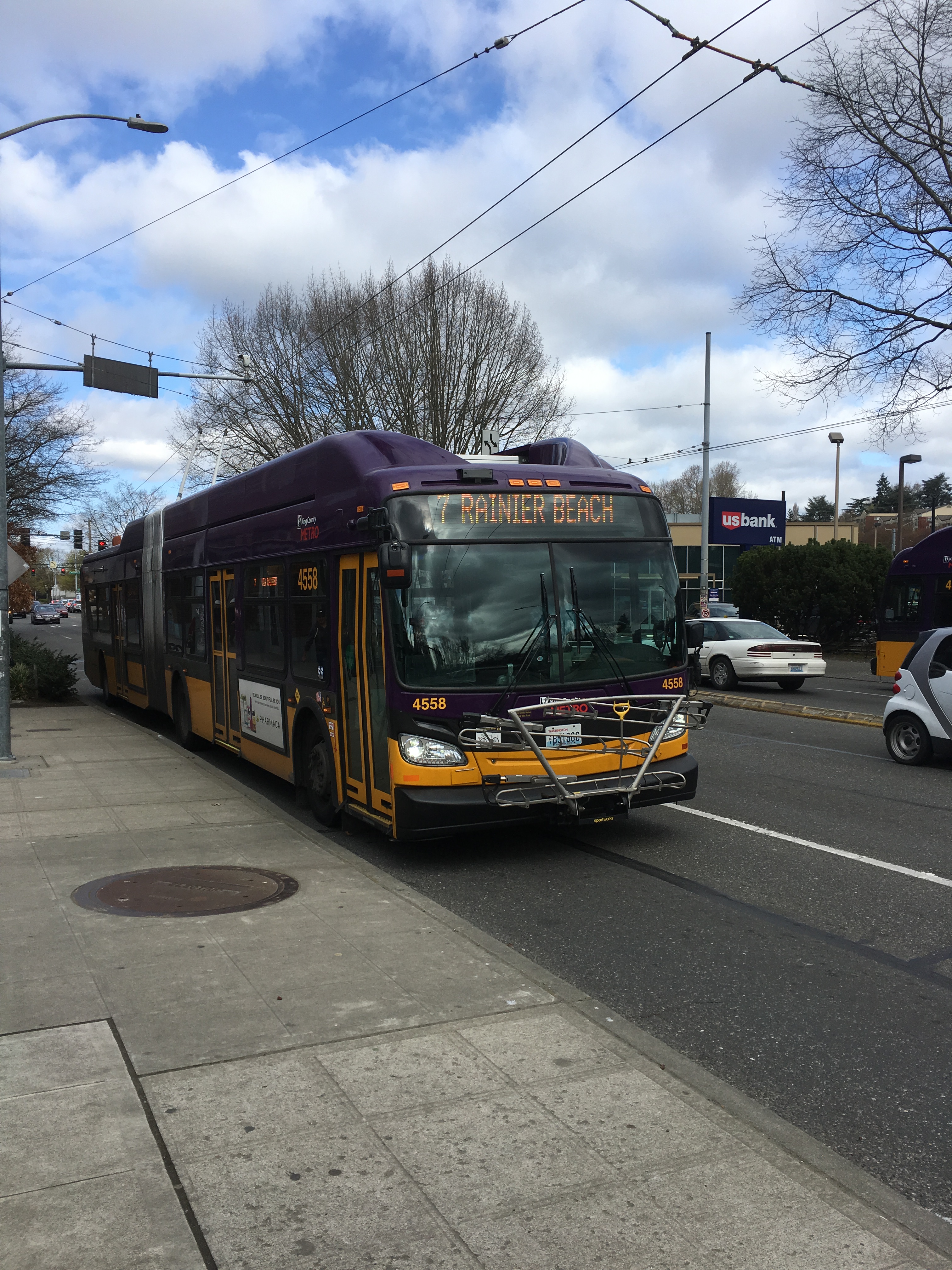 Earlier this year, the Emerald covered the arrival of RapidRide in Rainier Valley—a new transit line that will subsume the Route 7 bus entirely, replacing it with transportation that will speed riders to Downtown Seattle in just 15 minutes.

The plan includes attempts to involve the community of South Seattle by hosting community events, providing briefings, and creating online resources for curious would-be riders to explore (provided they have access to a computer). The proposal touts shorter wait times, fewer crashes, and wider lanes so all metro users will have access to reliable, speedy transit.

When we previously spoke to Dawn Schellenberg, a Community Engagement Liaison with SDOT, she touched on these points, explaining how SDOT uses a mixture of route data and community outreach to create routes that feel safer and more streamlined than they have been in the past.

However, many community events have been poorly attended, and the bulk of the plan the city has created is data-oriented and centered on point-to-point effectiveness rather than reflective of residents’ opinions or needs.

“The number 7 [is] a rolling common space that expressed the diversity present in the South End,” said Emmanuel “Mano” da Silva, a longtime resident of South Seattle. “I worry about the intention of the RapidRide. Has it been designed with the requests and needs of the people already present or is it replicating the desires of wealthier, white, Northend folks?”

Among the reasons cited by the city for changing Route 7 to RapidRide is convenience—and it will certainly make commutes to downtown easier. With the increase in housing costs in Seattle, employees of tech companies are looking to buy farther and farther from the city’s center. RapidRide will succeed in turning Rainier Beach into a community that is a hop, skip, and jump away from South Lake Union.

“If RapidRide only solves problems that have been expressed by wealthier white folks, then that’s naturally going to push out the South End community,” says Mano, who views this convenience as a negative. And pushing low-income metro riders away from the 7 will prove catastrophic for many.

The 7, described as “Metro’s flagship route” by driver Nathan Vass, is the system’s longest and busiest route. It links Rainier Beach, Rainier Valley, Columbia City, the International District, and downtown.

And much of the enormous population that Route 7 serves is transit-dependent, says Vass. “The 7 is a lifeline. These communities, individuals, and families would not survive without the route. To witness the epic deluge of passengers descending upon the Rainier Food Bank on Saturdays is to appreciate the life-giving value of public infrastructure.”

Much of Metro’s ridership are choice riders. These folks are not.

Vass also pointed out that riders do not use Route 7 solely for commuting, as they do many lines, but for errands and leisure activities. The 7 arrives frequently and stops often, making it ideal for those who have no other form of transportation to move through the neighborhoods of Rainier Beach relatively efficiently.

The RapidRide program will remove the 7 loops that run along Seward Park and Prentice St, meaning passengers in these areas may have to walk an extra 10-30 blocks to catch a ride. Although the bulk of the route will follow the original stops for a time, it is also likely that the city will remove some stops as RapidRide becomes geared more toward downtown transport. This prioritization of accessibility to the city center over neighborhood connection reflects a larger issue within South Seattle.

As Seattle continues to gentrify, fewer affordable and diverse neighborhoods remain. Rainier Beach is one of the last areas of the city without prohibitively high costs of living. This is partially due to its lack of proximity to downtown. As Rainier Beach becomes easier to access, property prices will escalate here as they have in other areas.

“If gentrification is the changing of a community without that community’s consent,” says Vass, “I can think of no better example than Columbia City. The introduction of expensive high-rise apartments, condos, new homes, in addition to high-end restaurants and grocery stores, is glaringly obvious as a calculated slap in the face to the community…. Gentrification is usually easy to spot, but it’s rarely this shameless.”

However, Vass does not connect gentrification with the conversion to RapidRide. Rather, he sees the bus change as a mild upgrade for most of the ridership. The route will be identical in arrival frequency, slightly faster, and safer with the presence of fare enforcement.

This, to Vass, is not indicative of gentrification. “Converting the busiest non-Rapid route to Rapid service is exactly the opposite,” he claims.

“I’ve seen more and more white people getting off the Columbia light rail station over the years,” he shares. “Public transportation ‘improvements’ have often allowed for greater gentrification to take root… that might be the case with the RapidRide through the South End.”
For more information on the RapidRide project, visit: http://www.seattle.gov/transportation/projects-and-programs/programs/transit-program/rapid-ride