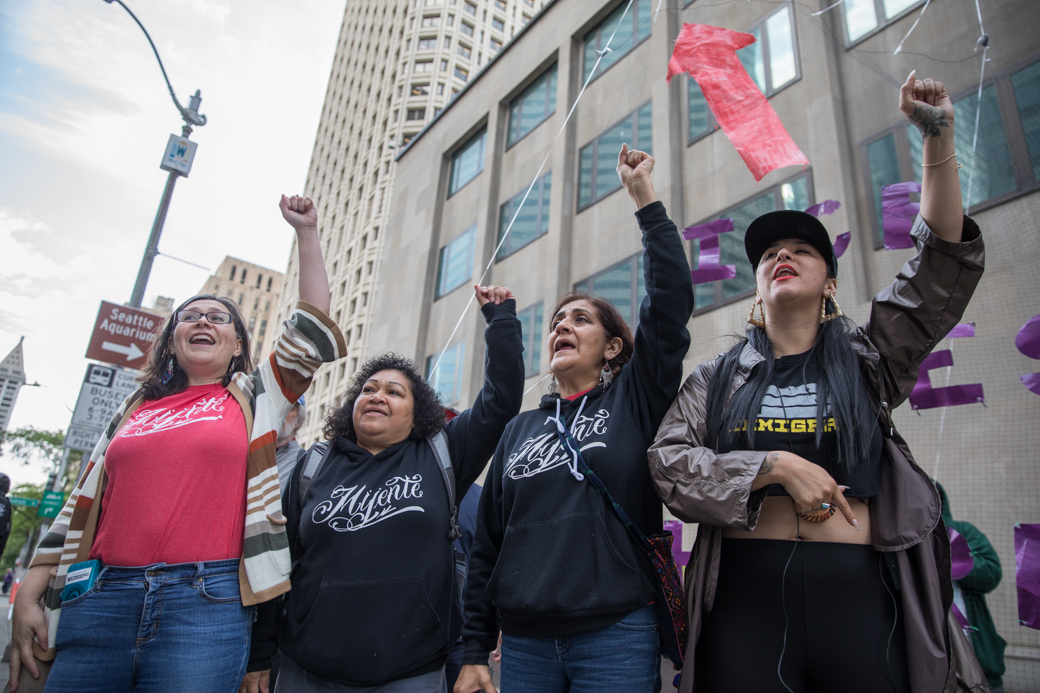 by Alex Garland (words and pictures)

At 7:30 am Tuesday Morning, nine immigrants rights activists locked together with “lockboxes” set up a blockade on 2nd Ave. at Spring St. in downtown Seattle in protest of deportations and ICE’s (Immigration and Customs Enforcement) treatment of detainees. 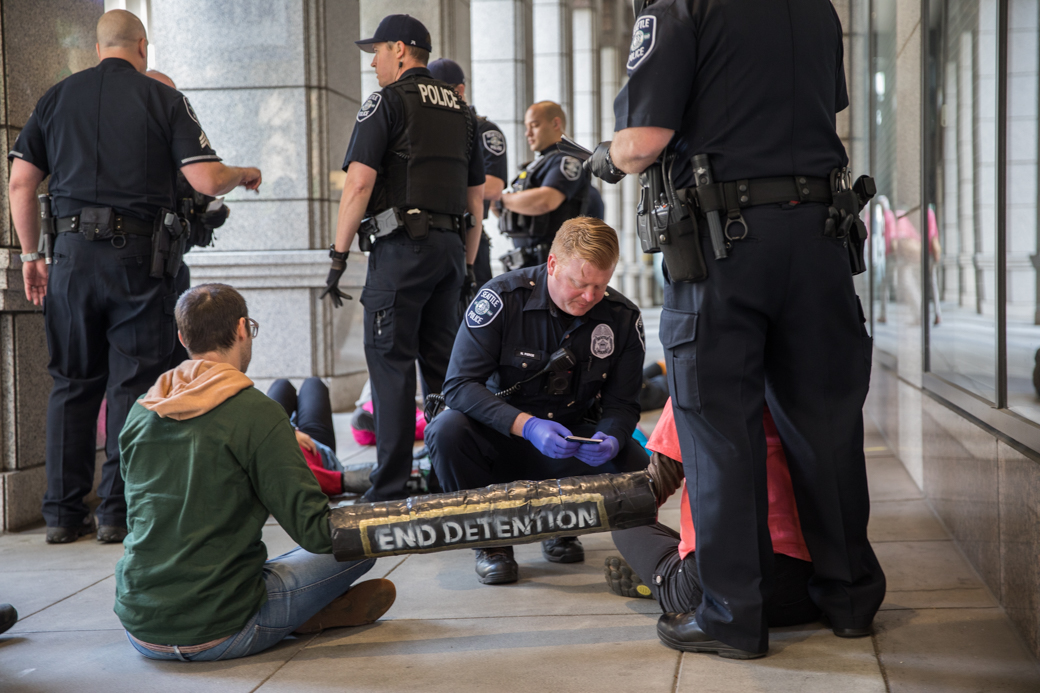 Led by chants of “Chinga La Migra” and “Fuck ICE”, activists held up the morning traffic until approximately 2 hours before streets were re-opened. Nine activists were arrested after being cut from their lockboxes by the Seattle Police Department’s “cut team”. 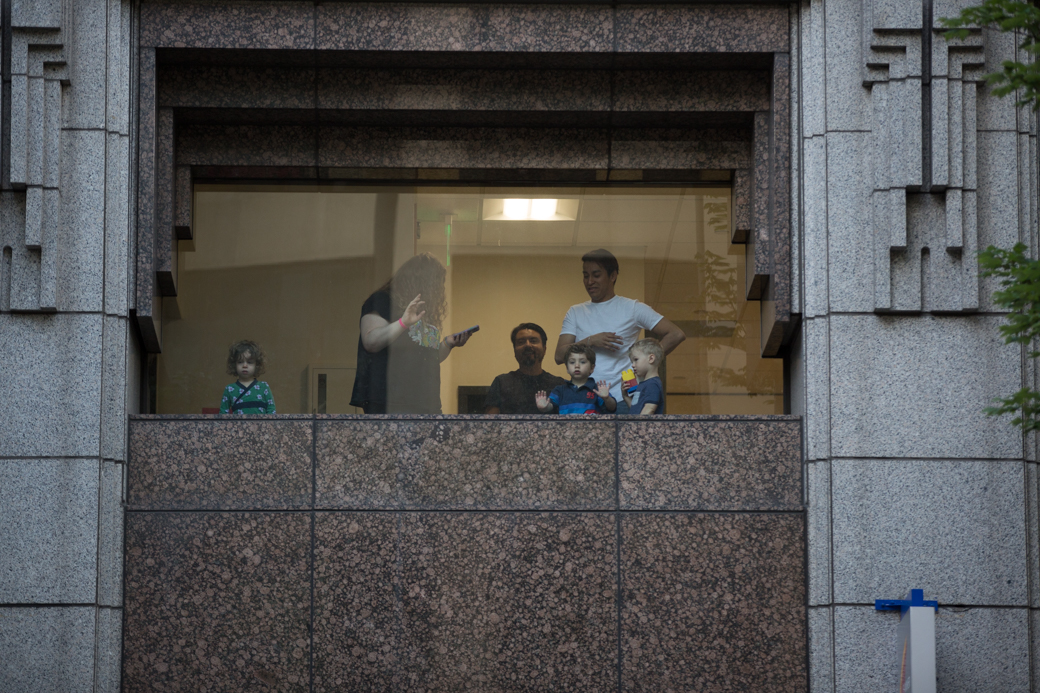 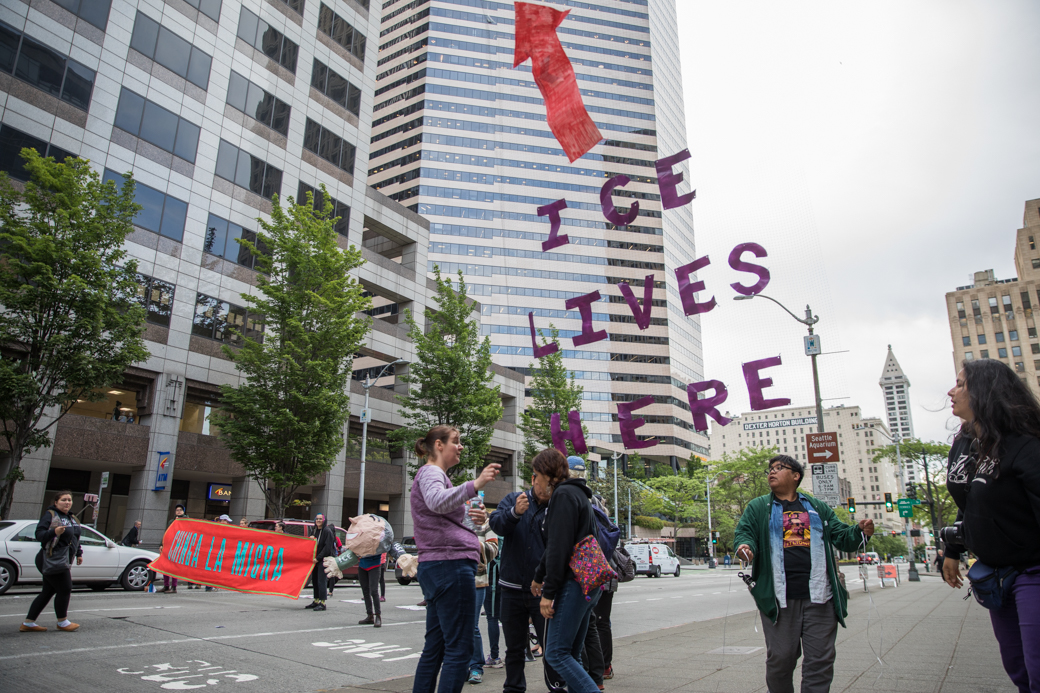 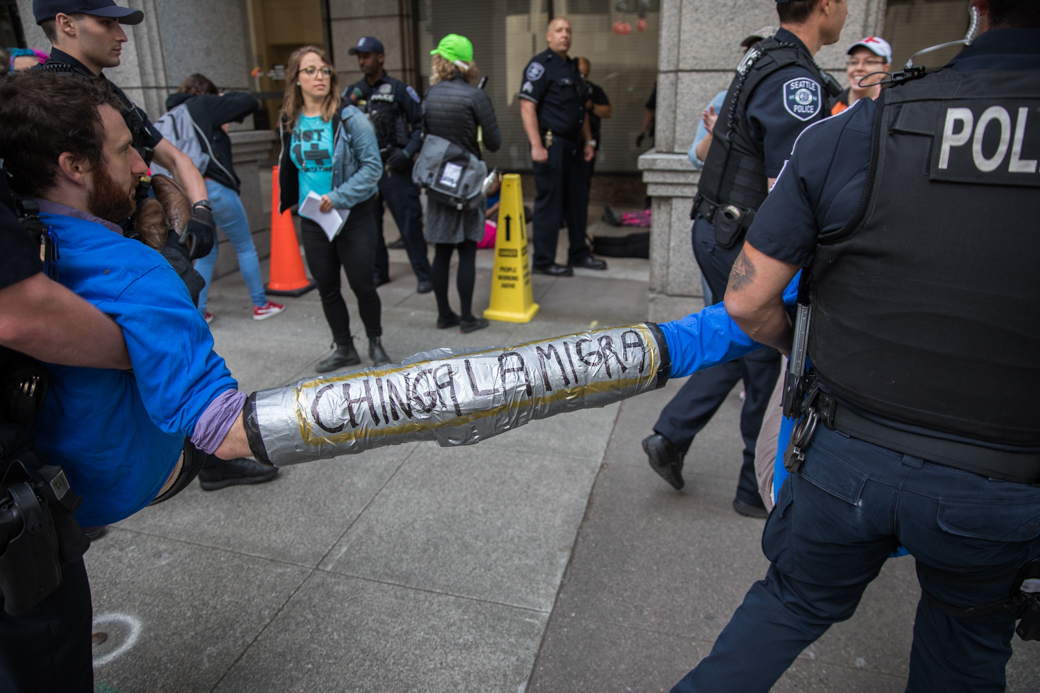 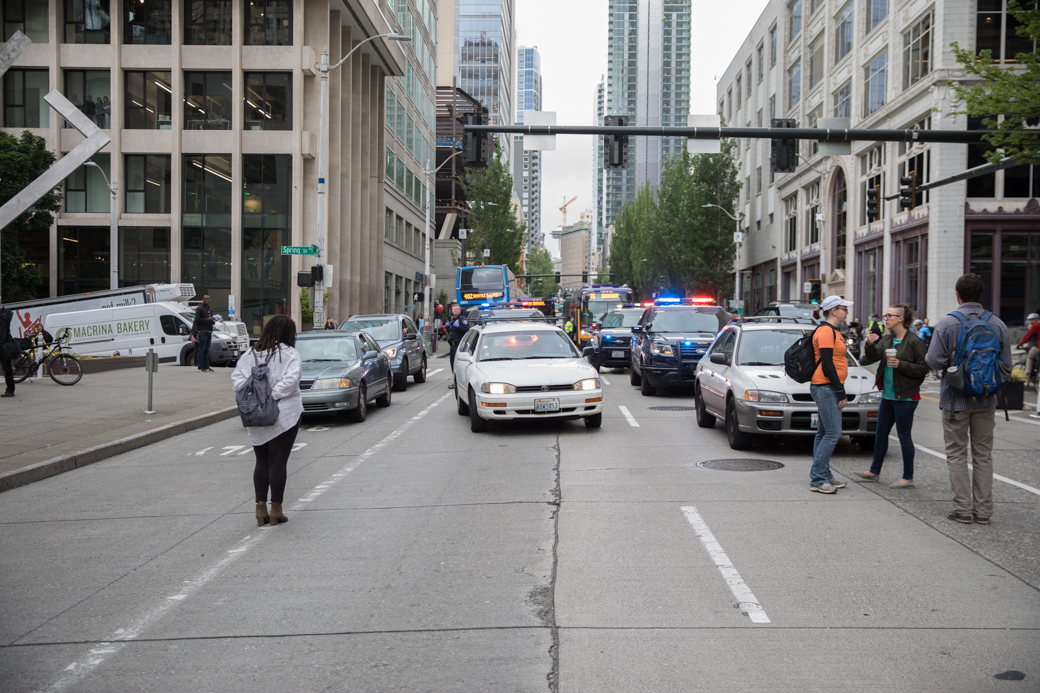 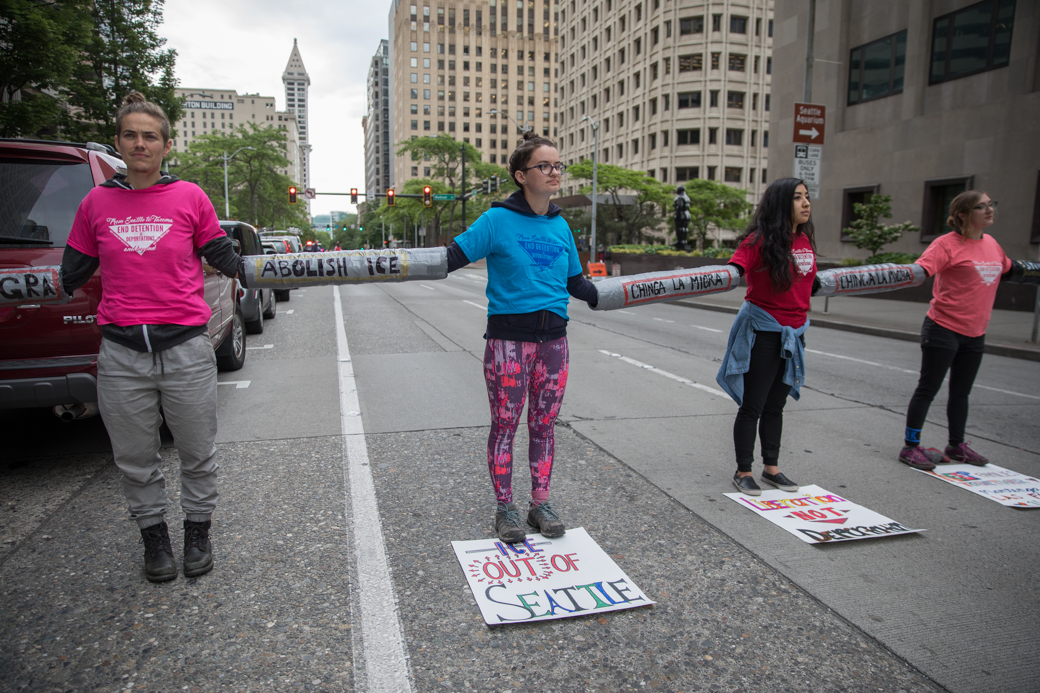 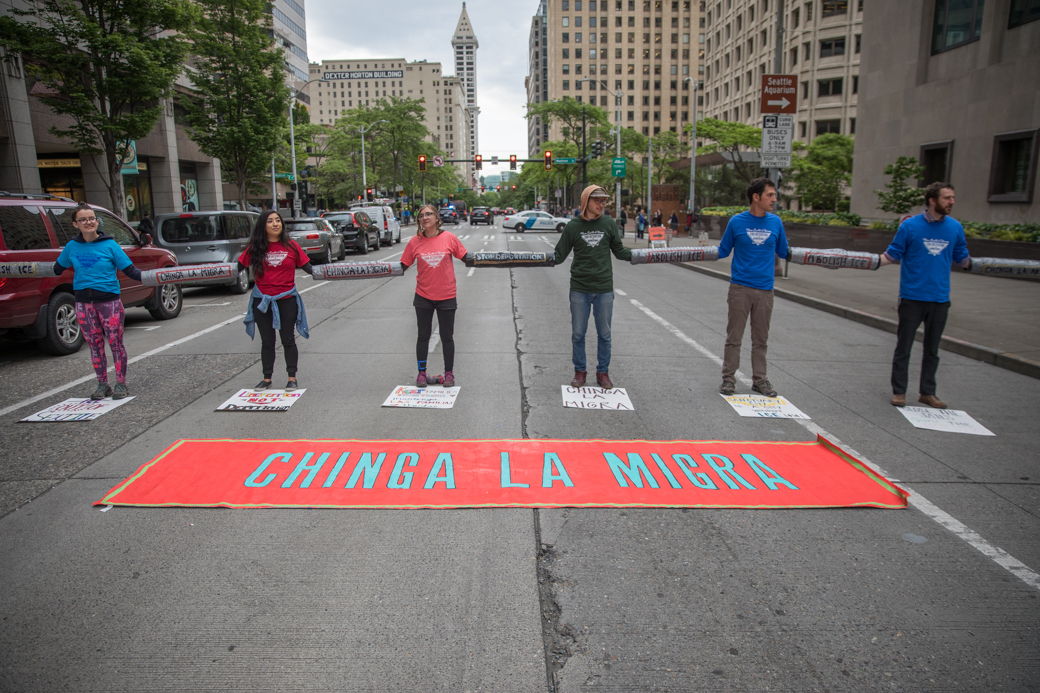 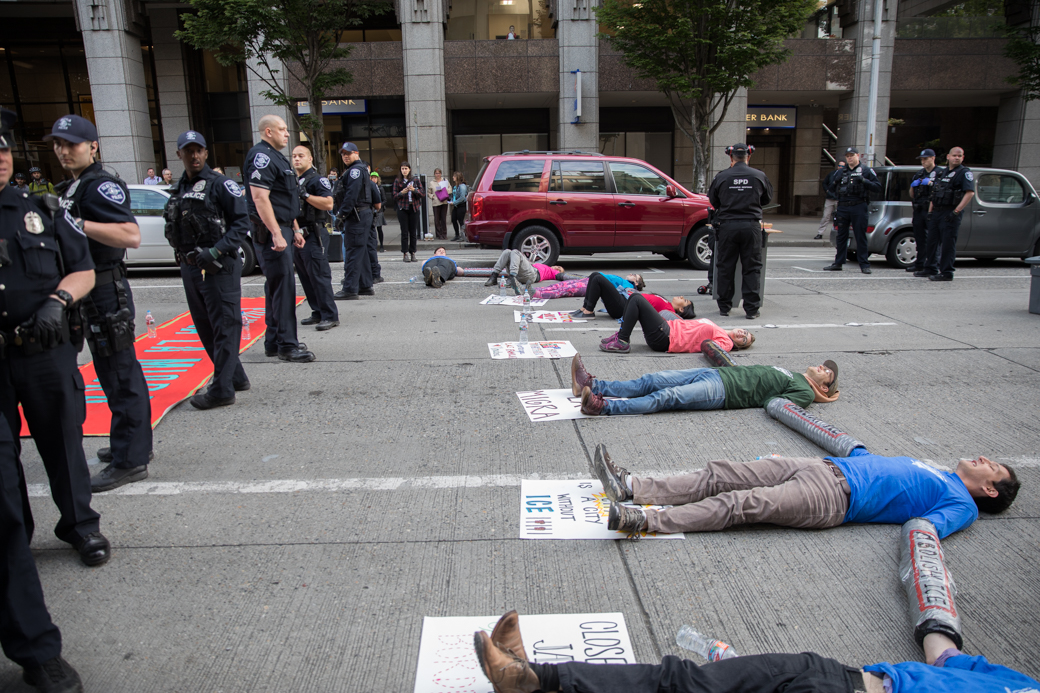 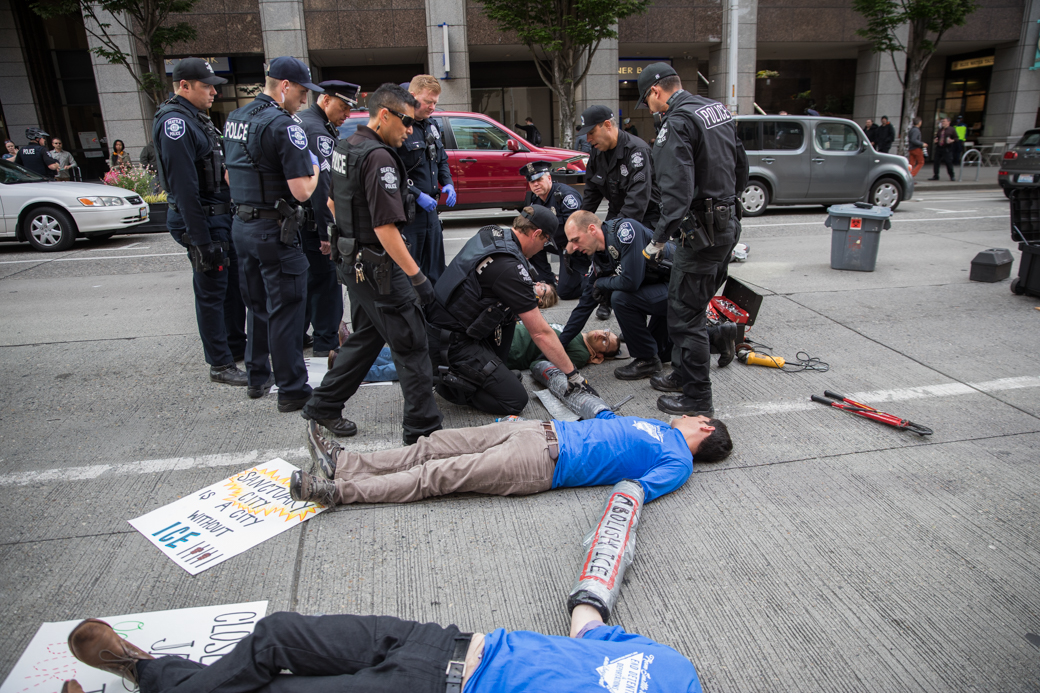