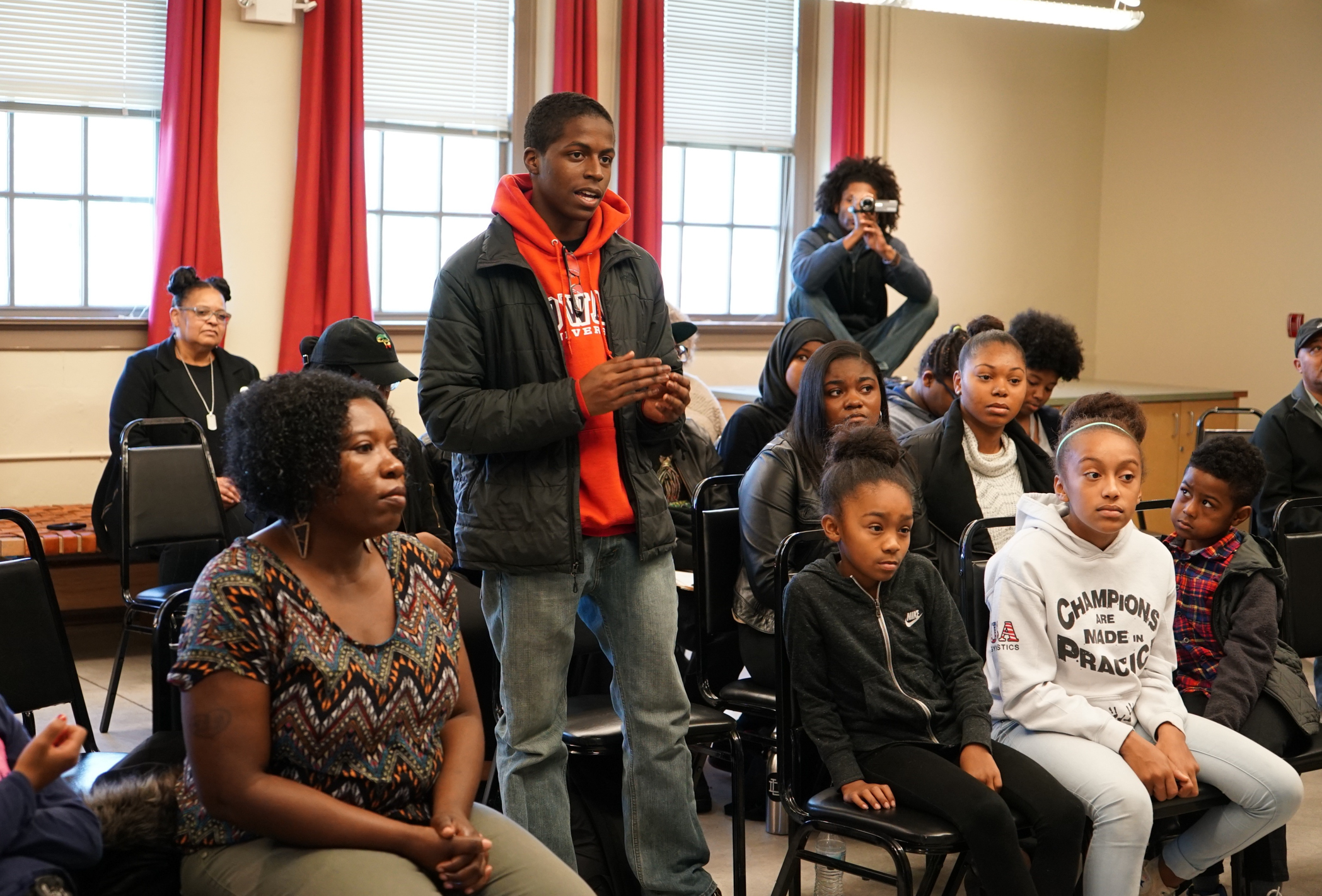 The 17-year-old Franklin High School student was shot at Martha Washington Park where, police believe, he and a group of friends were ghost hunting that cool spring night. The three gunshot wounds were fatal. He died in the early hours of Saturday morning at Harborview Medical Center, just one week before he was supposed to graduate.

Dela Cruz is the second student from Franklin High School to have been shot to death this year. In April, Trevon McKoy, a former Franklin student and local rapper, was shot and killed in Seattle Center. Dela Cruz’s death was not gang-related, nor was there a confrontation between Dela Cruz and his friends and the group of people who fired the shots, Seattle Police Department Public Affairs Director Sean Whitcomb said.

While she couldn’t cite exact statistics or comparisons, based on what she has seen during her time as the Director of the Seattle Youth Violence Prevention Initiative, Marty Jackson “absolutely” believes the South Seattle community suffers the majority of teen deaths due to gun violence in the Seattle area, and that “the young people in Southeast Seattle are one of the most, if not the most vulnerable.”

Despite City efforts to curb youth violence that began in 2009, under the Seattle Youth Violence Prevention Initiative following the murders of five teens in South Seattle in 2008, the Office of the City Auditor concluded in 2015 that the City’s strategies were not comprehensive enough to reduce violent crimes involving youth. It found that the City needed to fundamentally change certain institutional systems, as well as provide additional services for those who need them.

From her work on the ground, Jackson has found much the same thing. In order to create effective violence prevention measures, both community action groups and the City must work together, and their efforts need to be coordinated, not disparate. But perhaps the most important aspect of the anti-violence push is to listen to the young people who are being affected by this kind of violence, she said. There are a variety of things youths have proposed, but, most often, Jackson hears the need for love and support from the community’s adults.

“Young folks need loving adults. They need people to care about their well-being. They need folks to ask them what their name is, and build relationships with them, to help them figure out who they are, as young people,” Jackson said. “They need folks to help them, whether it’s in school, whether they need … a caring adult to talk to, about a personal issue.”

Franklin High School Principal Jennifer Wiley echoed Jackson’s sentiments, saying that, even though adults don’t hold all the answers, they need to set the stage, and “ask critical questions,” in order to help guide the next generation.

But both Jackson and Wiley know the issue isn’t that simple, and there is no one answer to fix the problem. From her work, Jackson understands there is a need for counseling resources, and for kids to “not just get a job, but keep a job.” Furthermore, most of the youth Jackson and her colleagues serve are on free and reduced lunch, and many of them are homeless – both problems Wiley knows her students face: of the school’s 1,276 students, 112 of them are homeless.

In a week riddled with parties and graduation plans, as well as testing, Wiley said her students are “focused on getting through the next couple weeks.” But, as a school whose charter centers around social justice and social action, they are also going the extra mile to speak out against gun violence. On Friday at 11 a.m., the students will be using Quaker Day – normally a day of campus-wide fun and games – to don orange, and peacefully protest at the corner of Martin Luther King, Jr. Boulevard and Rainier Avenue South.

In order to prepare for the abrupt change in plans, the students have been deeply studying nonviolent protest, Wiley said. They want to put their energy towards getting people to demand more safety for the South Seattle area – “if that means more presence, if that means more proactive, if that means tougher lines on gun legislation – all of the different kinds of things that help keep our neighborhood safe.”

“I think our kids respond exceptionally well. … We value our kids. They do great work. The fact that they do it in the midst of landmines, in so many ways, emotional and otherwise, is profoundly inspiring,” Wiley said.

One thought on “In Wake of South Seattle Teen’s Murder, Community Turns to Its Youth”