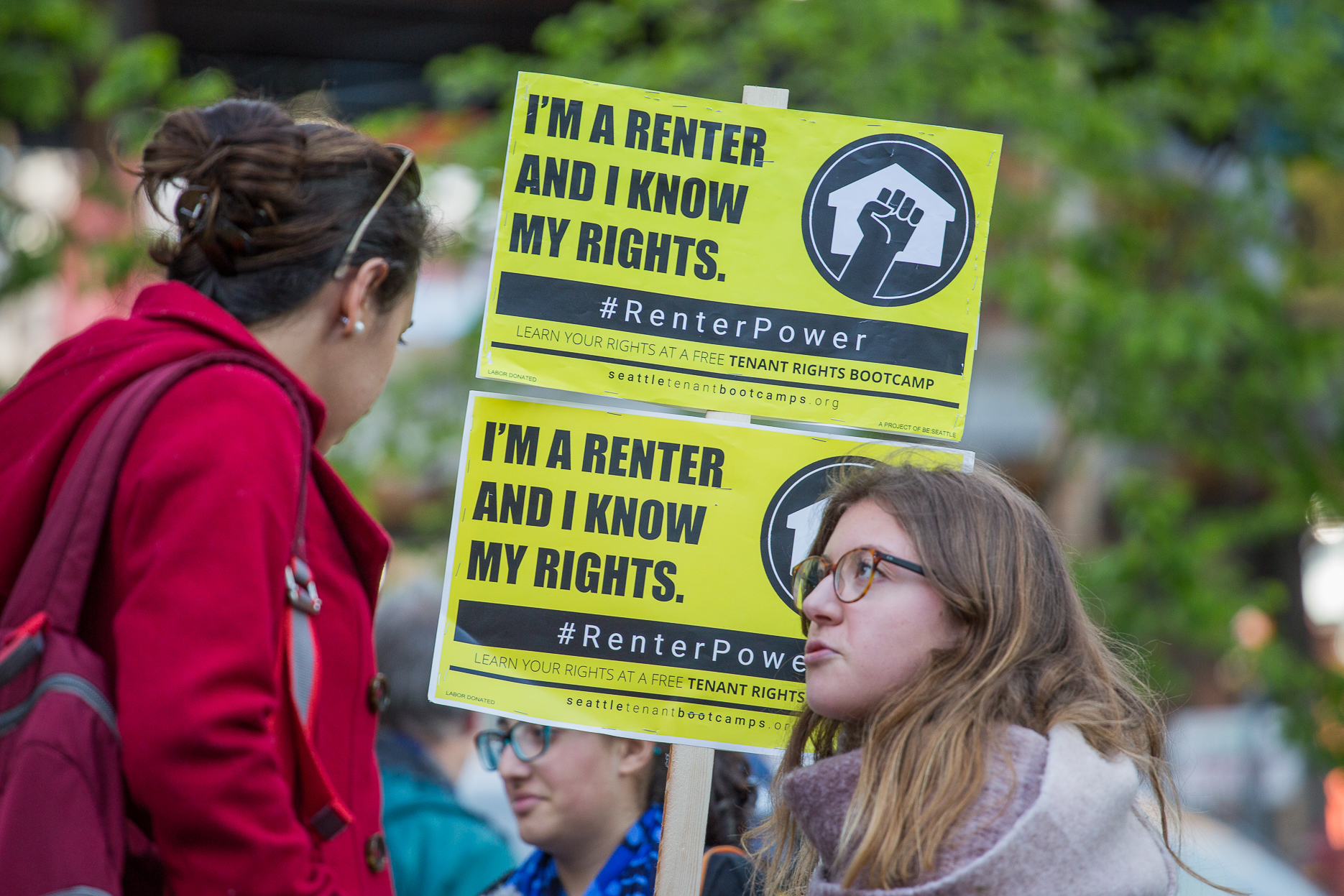 As big business works to repeal the head tax, and Mayor Durkan gives up on building significant amounts of new affordable housing, this year’s one-night count confirms that the city’s policies to address homelessness haven’t been working.

This year’s “point in time” homeless survey, released in late May, showed about 4,400 people are unsheltered each night. New York City, in its latest census, counted 3,900 people unsheltered each night. That’s despite New York City having twelve times the population of Seattle, and nine times as many homeless people (about 77,000). Seattle is only the 15th largest U.S. city by population, but we rank third in the country for homeless population, trailing (distantly) only the much more populous New York and Los Angeles.

Sadly, Seattle is also overrepresented in homeless deaths. For fiscal year 2017, New York City recorded 311 homeless deaths. If the Big Apple matched Seattle’s per capita death rate, that number would be about 1,700 instead.

Other major cities, from L.A. to Miami to Denver to Nashville, are also scrambling to deal with record homelessness – but most of them seem to be doing a better job than Seattle.

Many of these larger cities also have significant housing affordability issues. What makes Seattle different? Our recent rapid growth, to be sure. We also have a relatively mild winter climate, which has meant less obvious urgency in providing winter shelter here than in, say, Chicago or Boston.

But the biggest factor separating Seattle from similarly sized cities has been at least a decade of utterly incoherent – and often counterproductive – city policies in addressing the issue. And several current developments have underscored the likelihood that despite dedicating significant new resources to the problem, our city’s approach is getting worse, not better.

The most immediate development, of course, is the June 15 deadline for the effort to submit at least 17,632 valid signatures to qualify for the November ballot a referendum to repeal the recently passed Employee Hours Tax (EHT). Several companies who opposed the EHT, including Amazon and Starbucks, have poured significant money into the repeal effort, which had only five weeks to gather the required signatures – a deadline that a number of EHT backers quietly concede the repeal campaign is likely to meet. And, as the Stranger recently reported, the qualifying effort is also being helped by some paid signature gatherers using plainly false claims to lure voters into signing their petitions.

The new EHT law itself was significantly watered down at several points, largely to appease the same business opponents now seeking its repeal. Last winter, the city’s Progressive Revenue Task Force recommended raising $150 million a year through an hours tax, while acknowledging that even that figure wasn’t adequate to address the scale of the problem. The city council’s proposal this spring cut that figure in half, to $75 million; after Mayor Durkan threatened to veto that measure, the compromise that emerged raises only $47 million a year.

But even that is apparently too much for some major Seattle employers, who were targeted for this tax for the simple reason that our city doesn’t have any other taxpaying segments that aren’t already taxed to the limit. If this referendum succeeds – and it will benefit from an aggressively ignorant segment of Seattleites that despise spending anything on homelessness – it begs the question of whether major local employers are willing to accept any new city tax, despite, in many cases, receiving a number of tax breaks already. And, if the city can’t even impose minimal taxes on local businesses, how can the city find the revenue to address homelessness or any of its other urgent issues?

According to Mayor Durkan, it can’t. On May 29, two weeks after she signed the hours tax into law and the repeal effort was launched, Durkan announced she wanted to spend $6.3 million in one-time income from the sale of a city-owned parcel of land to add 500 new shelter beds and Tiny Houses. At the press conference announcing the plan, Durkan justified it as necessary to show visible progress to the public, dismissing attempts to build new, permanently affordable housing units as “not scaleable” to the size of the problem – a statement that should have gotten a lot more attention than it did.

Durkan’s emphasis on homelessness services, rather than building affordable housing, was also reflected in her last-minute compromise plan when the city council was set to vote on the original EHT plan last month. That plan, approved (and likely written) by Amazon, cut the hours tax revenue to under $40 million a year, and proposed spending most of that new money on services rather than building housing. Yet while Durkan’s 500 new beds will help some, they aren’t “scaleable” to the 4,400 people living without shelter in Seattle on any given night, either.

Durkan gave no indication of how (or whether) those 500 new shelter beds will be funded after this coming year. But the beds – and her “scaleability” argument – may represent her fallback plan if the hours tax is repealed this fall, or if a new council majority repeals it after next year’s elections. Or, if the hours tax is retained, Durkan can still argue in her 2019 budget proposal that a chunk of its revenue should be spent on keeping those shelter beds open, rather than the focus on housing that the city council’s accompanying EHT resolution calls for.

Most critically, Durkan’s position seems to be a complete, if unacknowledged, reversal from the “Housing First” approach launched by Mayor Ed Murray two years ago, and emphasized in Durkan’s 2018 budget. Before city council stepped in, that budget was used to justify the city’s de-funding of most of the city’s existing emergency shelters and transitional housing (along with critical support services) as being too focused on saving lives rather than placing people in permanent housing that does not, as yet, exist. Now, apparently, Durkan has decided that the city can’t build that housing – but the housing-oriented funding criteria for shelters remains in place.

The city’s version of Housing First has been a bad joke, a supposedly “data-driven” plan using deceptive definitions and cherry-picked data to obscure the clearly primary cause of Seattle’s homelessness emergency: a failure to anticipate or plan for the shortage of affordable housing that has been evident, and worsening, since at least 2010. But at least it was a plan, with objectives and goals. Before that, the much-ridiculed “Ten Year Plan to End Homelessness,” launched in 2003 and quietly forgotten in 2013, made many of the same mistakes.

Now, there’s no coherent plan, and sometimes no plan at all. For example, this year’s homeless count showed an astonishing 46% increase over 2017 in the number of people living in vehicles (many of whom have become homeless relatively recently). The city literally has no place for these folks to park. After a failed Murray attempt to launch a pilot parking program at one site in 2016, the city’s only response for the 1,500 or so people living in their vehicles in our city each night has been ticketing and towing – “sweeps” that eventually undermine a homeless person’s ability to maintain the vehicle. How can that possibly help?

Seattle, at this point, seems to be hanging onto the worst of its past mistakes (such as ignoring the affordable housing shortage and playing whack-a-mole with sweeps of unsanctioned encampments) but dispensing with any coherent attempt to improve things – and letting any attempt to raise revenue to help in the margins be determined not by what our city needs, but by political perceptions and by what its biggest businesses will allow.

One thing, sadly, hasn’t changed. Instead of acknowledging and acting on systemic causes for homelessness (e.g., people being unable to pay rapidly rising rents), Seattle has long emphasized programs to “fix” the homeless – a paternalistic approach that presumes they need fixing and that their homelessness is a result of individual failures. Even when there are, say, substance abuse or mental health issues, studies have shown that those are easier to tackle once someone is housed. Seattle’s current approach is predicated on an individual working with a case manager and relevant programs in order to be eligible for housing – or, more often, to become eligible to get on a waiting list for housing that does not, as yet, exist.

As the bumper sticker says, housing is a right, not a privilege. Currently, Seattle homelessness policy is the exact opposite: A paternalistic approach that awards housing as a privilege. As critical decisions about the lives of homeless people are being made, the only “stakeholders” who are never, ever allowed at the table are homeless people themselves. What would they know? If they had anything useful to contribute, they wouldn’t be homeless, amirite?

With the city itself embodying this attitude, it’s no surprise that literal hate groups, as well as conservative Hate Radio hosts, have been mobilizing to support the EHT repeal referendum. Despite widespread support, there’s no political consensus on a solution, there’s no apparent path for new money, and there’s no recognizably cohesive strategy to address a crisis that has already resulted in a record 52 homeless deaths on Seattle’s streets in the first five months of 2018.

Of course, other cities are doing better. That’s inevitable for any issue when trying to look good to the public and pleasing big money interests outweigh obvious solutions.

4 thoughts on “Seattle’s Homelessness Crisis: Many Plans, No Solutions”