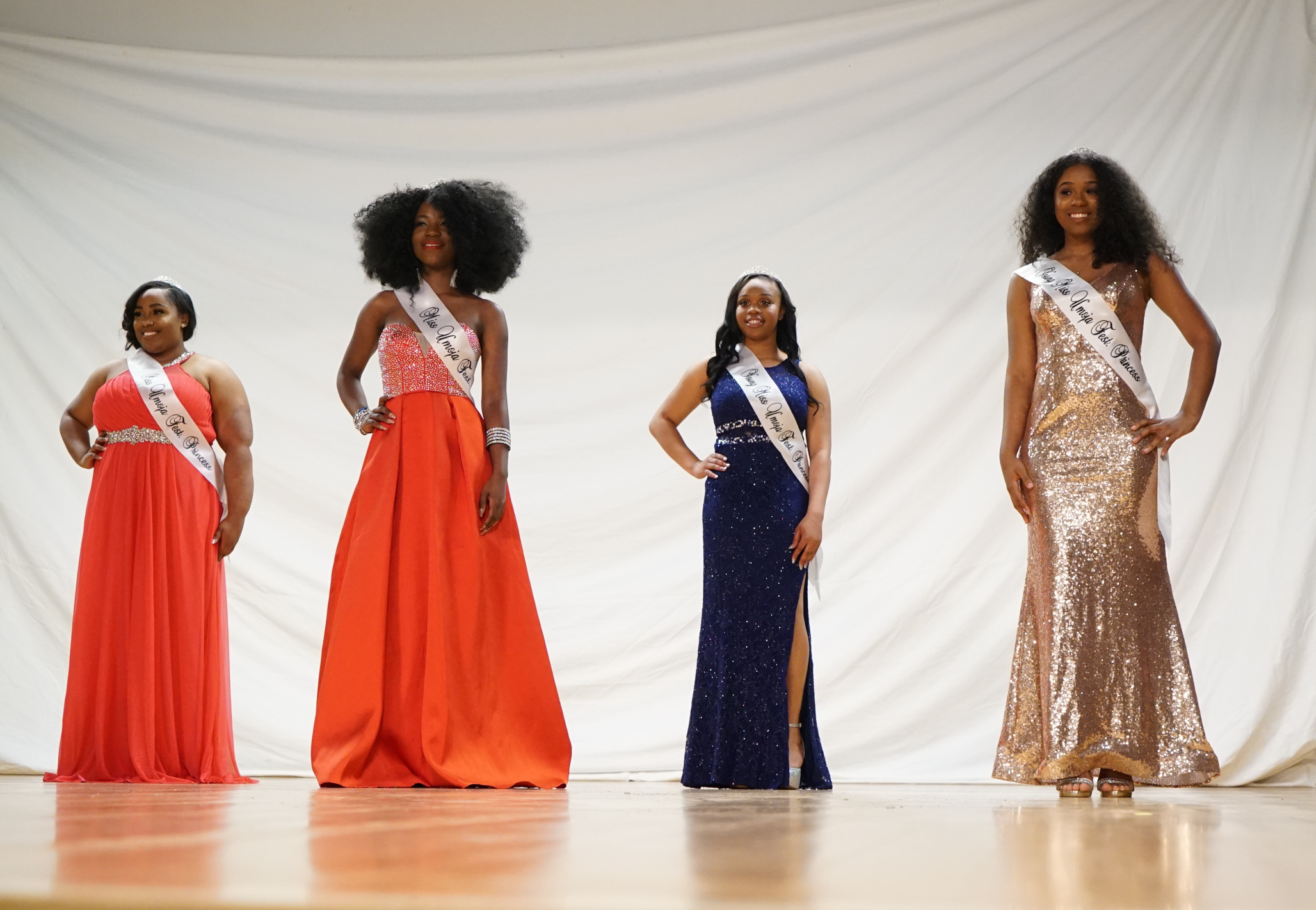 “The Umoja Fest continues the legacy of our East Madison Mardi Gras which started in the 1940s,” Umoja Peace Center representative Wyking Garrett explained, during the pageant. “It’s been Umoja Fest for the last 20 years, keeping the spirit of our community, our parents, our grandparents, that made these institutions, that made the Central District a rich Black community. … We’ve been here for over 130 years and we’re still here and we’re going to be here and be part of the future.”

Anttimo D. Bennet, Sr., asked each contestant what winning the respective titles would mean to them. All expressed a desire to further their education and become advocates for their community. Fields said she was interested in working with people affected by HIV/AIDS, and wanted to use the title of Miss Umoja as a “platform, so I can be the voice of the voiceless and help educate, advocate and inspire those to live life free of HIV.”

The women also put on artistic performances to showcase their talents. Fields performed a traditional African dance, while Walker covered “Rise Up,” by Andra Day.

Following the three judges’ deliberations, Shakira Brown was crowned this year’s Young Miss Umoja, while Michela Walker captured the title of Miss Umoja Queen. Both will go on to represent the community in this year’s Umoja Fest Africatown Heritage Festival and Parade.