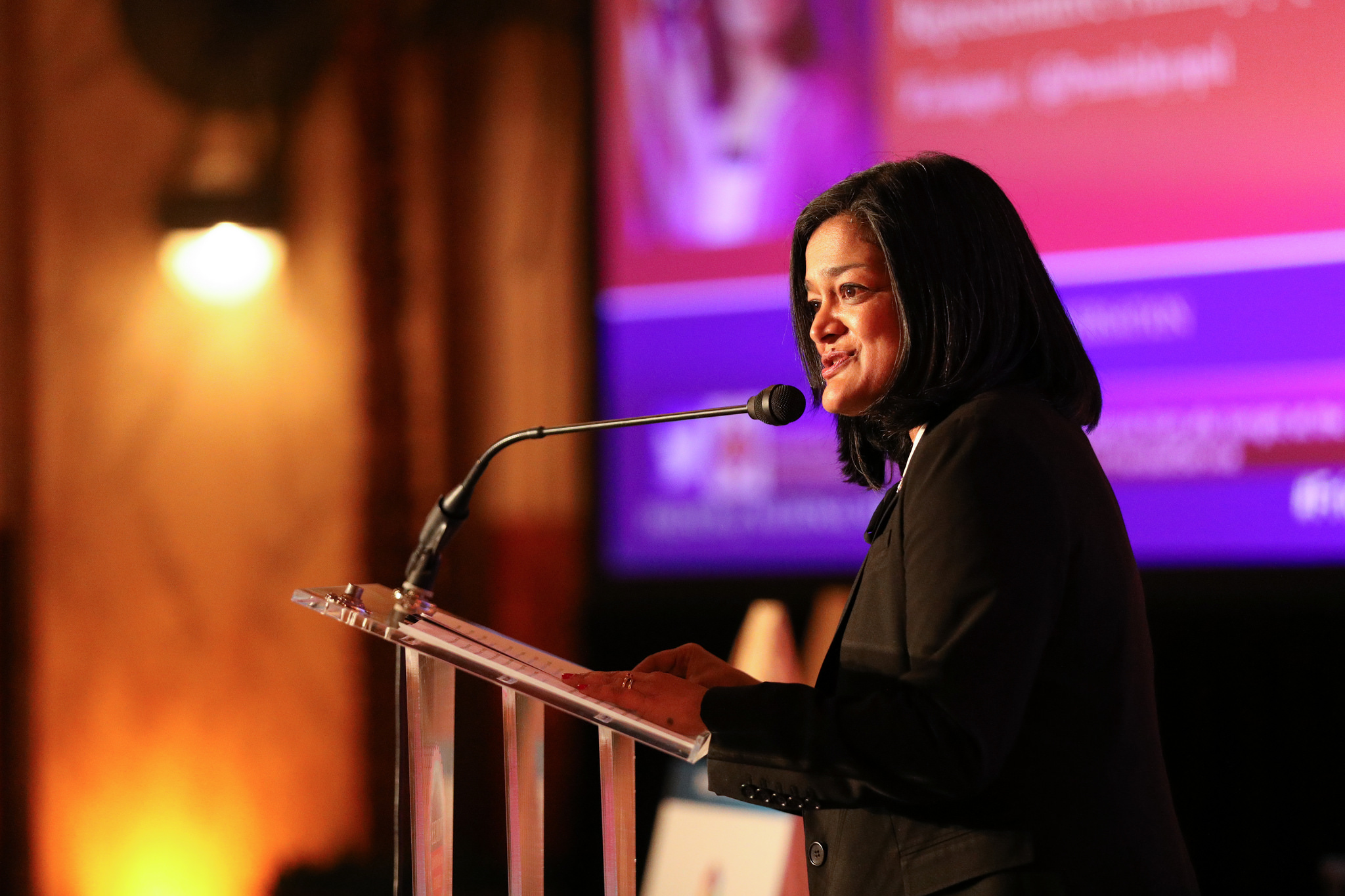 Campaigning is hard work. What makes volunteers want to phone bank, enter data, and knock on doors for the causes and candidates they believe in? Is it injustices they’ve experienced or witnessed? Is it ideology about how the world ought to change? Or some combination?

For organizers who are attempting to build power in the age of neoliberal policies that upwardly redistribute resources away from womxn, the working poor, and people of color, this question is not academic. It cuts to the heart why and how we do what we do. To answer it correctly is to tap into the reservoir we need to fuel a new generation of genuinely progressive leaders and movements for justice.

I think organizing is both direct action to stop suffering and empathy in action. As an organizer, you’re committed to the dismantling the economic injustices of capitalism and the hierarchies that marginalize womxn, people of color, sexual minorities, and the disabled. At a time when overlapping oppressions cloister people into smaller and smaller honeycombs of desperation, diminishing our sense of what is politically possible, you organize because history shows that challenging the status quo is possible – and you’ve decided that the time and effort you can contribute to change the status quo is worth it.

If this might be you, I hope to see you on Saturday, June 16, at an organizer training with Congresswoman Pramila Jayapal. Pramila has two decades of organizing experience going back to the post-9/11 period when she worked with Congressman Jim McDermott to stand up for civil liberties – at a time when it was “unpatriotic” to do so, according to some. And she has been relentlessly building power in immigrant communities ever since, through civil disobedience, rallies, voter registration drives and more.

Across the country, we’re seeing candidates who have an organizing ethos begin to make waves. Pramila’s campaign team has been supporting them, including phone-banking for Georgia gubernatorial candidate Stacey Abrams, who could make history this November as the only Black female governor in the country. As a field organizer, my work has been to mobilize and organize volunteers to help true progressives, locally and nationally, who share our vision for social transformation.

We’re living in a world where Donald Trump is protected from measures of censure and accountability by his GOP accomplices in Congress. But if progressives are able to take back the House in November, it could mean a real debate on impeachment in the House Judiciary Committee, where Pramila serves.

Changing the balance of power in Congress could also mean real movement on legislation that will begin to level the playing field for working people. Pramila is co-sponsoring a Medicare For All bill in the House. She has introduced, with Bernie Sanders, a College For All Act to ensure no one is saddled with a lifetime of debt for pursuing higher education. To turn those bills into law, we’ll need to keep hitting the phones and doors from now until November – which means we need a show of people-powered force on Saturday at the organizer training.

This event is free and open to the public, and we welcome anybody who senses the urgency of this political moment to join us. We’ll hear Pramila herself and from community leaders like former city councilwoman Kirsten Harris-Talley about what’s really at stake for each of us when we organize for progressive causes.

Pramila has written that “truth is an eternal conversation about the things that matter most.” The same could be said about organizing. This Saturday at the Phinney Ridge Neighborhood Association, from 10AM to 2PM, we’ll be starting a conversation about a new era in American politics. See you there.

“Training with Rep. Pramila Jayapal: How to Be an Organizer!” takes place this Saturday. RSVP and find more details here.

Shaun Scott is a columnist for City Arts Magazine, a field organizer for Congresswoman Pramila Jayapal’s re-election campaign, and an organizer for the Seattle chapter of the Democratic Socialists of America. He is the author of the book “Millennials and the Moments That Made Us: A Cultural History of the U.S. from 1982-Present” (Zero Books, 2018).