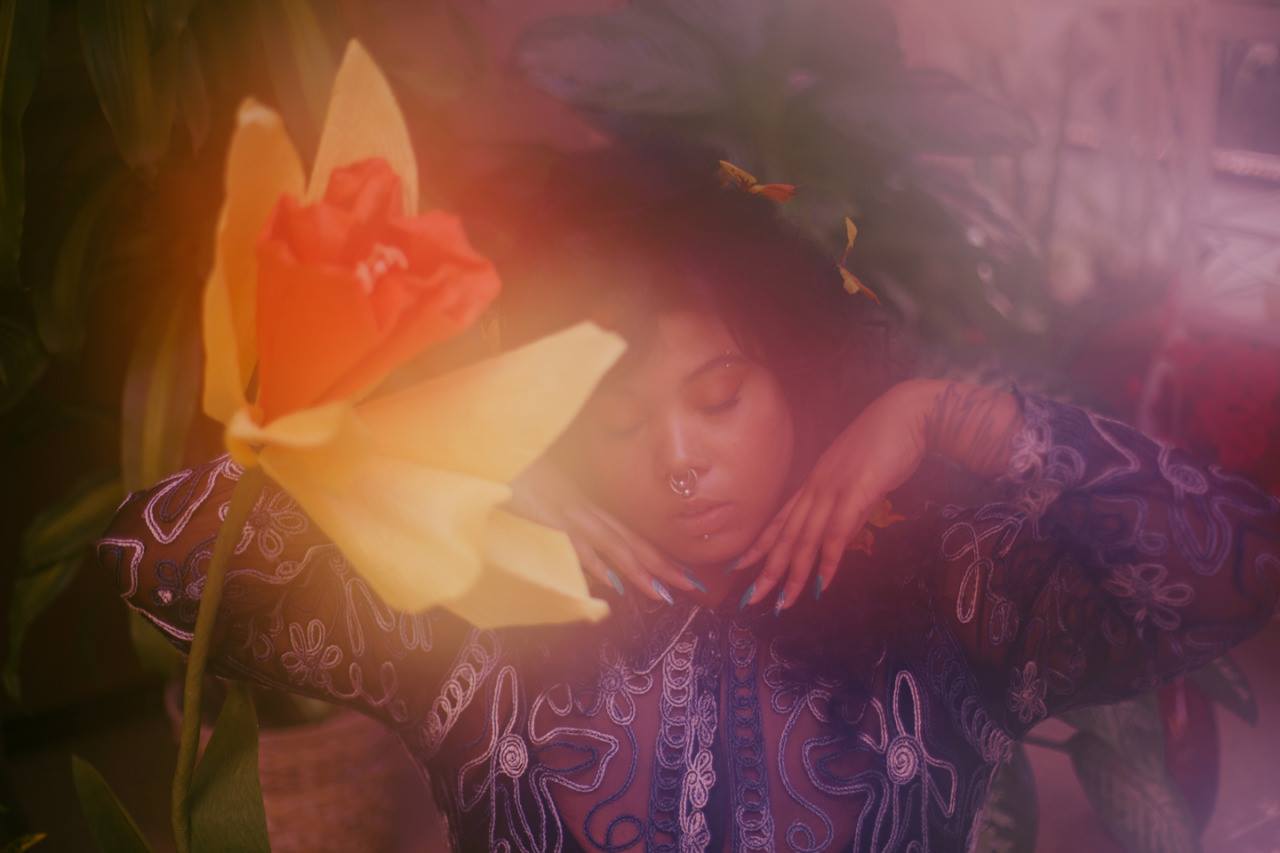 On Sunday at the Columbia City Theater, a star-studded lineup will perform in an effort to raise money for the still-recovering nation of Puerto Rico. The bill, which features local legend Kimya Dawson and the Ruby Blades Latin Reggae Jazz Quintet, also features Seattle musician Guayaba, whose quick-witted and verbose rapping style engages her audience before she floors them with a beautifully sung ballad. We recently caught up with Guayaba to get a sense of how the show came together, why she wanted to participate and what she’s working on these days.

Why did you want to participate in this benefit show?

Kimya hit me up about it a couple months ago and I think it’s really important to support the Latinx community when I can. Really, I’m down to play any benefit show I’m hit up about. I think a lot of people have forgotten about what’s happened down there – it’s important to understand how much damage that was done to Puerto Rico.

Have you been following what’s been going on?

I have been trying to. It’s really unfortunate – I feel like there’s so much going on in the world now and people are having a hard time keeping up with every tragedy. And individual people are going through a lot, themselves, but I think it’s also important to stay informed. Like, hearing a lot of places still don’t have power in Puerto Rico. On Sunday, one hundred percent of the proceeds will go to help.

May I ask, what’s the significance of your stage name, Guayaba?

Guayaba just means “guava,” which is a really important fruit in the Latinx community. Cuban people in the U.S. are known for a lot of things – not to be stereotypical, but when I think of Cubans in the U.S., I think of fedoras, guava and Guayabera shirts. My Uncle Julio always had a Guayabera shirt. And my name reminds me of a home I’ve not been to. People ask me what it means and they can’t pronounce it, which I think is weird. But it starts important conversations, like what it’s like to be a Latinx person living in the Pacific Northwest.

What do you hope the audience takes away from Sunday’s benefit?

I hope that there is a lot of warmth and understanding on Sunday. I think that it’s going to be a pretty diverse crowd of people, which I really enjoy. I hope that there’s a lot of listening and healing that happens, too. And I hope a lot of people come.

How did you learn to make music?

I grew up in pretty close proximity to the church my whole life. I started in the church choir. I went to art school and my focus was always on music. I started making music at 18 because I wanted to be a vocalist in a metal band. I started making music because I wanted to be involved in the community. I’d consumed a lot of music but I didn’t get serious until I was 18. But I didn’t start rapping until 2016. My previous project, Aeon Fux, was more trip-hop and jazz-focused. I was singing pretty exclusively. I liked to rap and freestyle with friends but I wasn’t confident enough to rap until like two years ago.

How do you find your work evolving these days?

I feel like it’s been evolving quite a bit as I get to know the people I’m working with more. When I put out Black Trash/White House, it was very cool to work with [the producer] Luna God, but a lot of the beats, I didn’t have much input on. But I didn’t know how to communicate that stylistically. I feel a lot less shy about communicating that now, though. A lot of the beats I’m working with are produced by Wolftone and people I’m close to and I’m more involved in the co-production. I’m also able to record in a much between facility, so I’m more confident about that. I’m trying to find a good balance between singing and rapping. I consider myself a rapper but that’s definitely not all I do.

In that vein, I just want to say the song, “Paloma,” on BT/WH is so good. How did that song come about?

I used to compose my work on the autoharp. So that’s what I did when I worked on that song. Luna God is the guitar player on the recording. We just worked on that composition together and I wrote the lyrics. That style of singing, that’s in my wheelhouse. So I had a really fun time writing it. On this rap album, I wanted something to come out of left field if you didn’t know my previous work. I love that dichotomy and I wanted people to know where I’m at in my range.