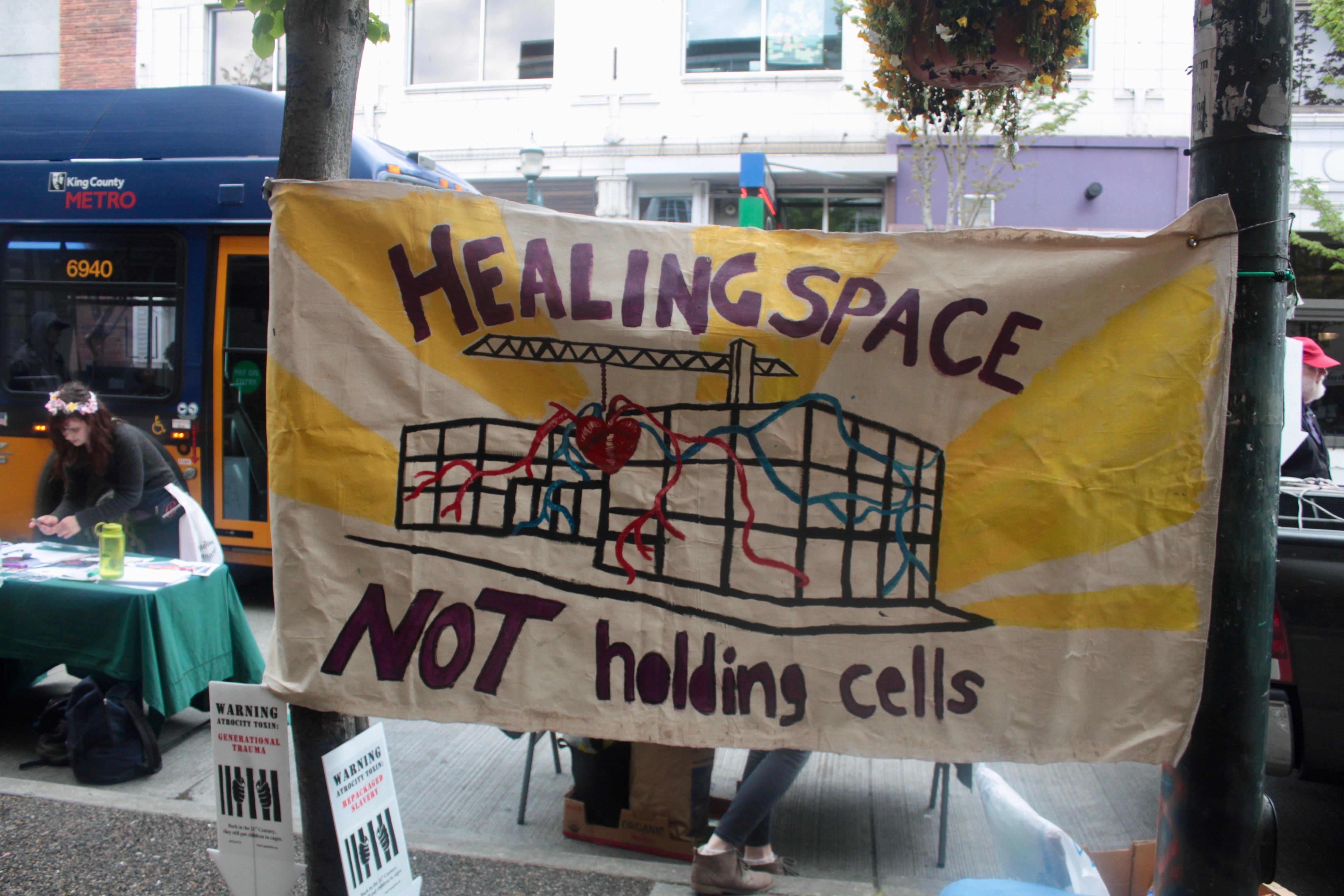 As you pass by the intersection of 12th Avenue and Alder Street in Seattle, it is hard to miss the yellow façade of the Children and Family Justice Center.

For many people, the building stands for mass incarceration and a punitive system that fails youth, especially youth of color. It represents a mechanism that allows our educational institutions to perpetuate the school to prison pipeline, whereby black students are suspended at a higher rate than their white peers and represent 31% of school-related arrests—despite being only 16% of public school enrollment—according to the ACLU.

Students who are suspended or expelled “are nearly three times more likely to be in contact with the juvenile justice system the following year.”

Joe Cotton, Director of Pastoral Care and Outreach at the Archdiocese of Seattle, promotes restorative justice, as an alternative to the punitive system within King County. Cotton explains that the jail is only part of the new building, and there will be other resources within the facility. He believes the county is providing several services in one space to meet people’s needs.

Although I see the value of restorative justice, I do not see the need for the jail.

Washington Building Leaders of Change (WA-BLOC) is a non-profit organization that helps youth of color in South Seattle thrive socially and educationally.

Every summer the organization leads a six-week Freedom Schools Program. Unlike traditional schools, Freedom Schools focuses on a culturally responsive curriculum with educators of color.

Anab Nur, who has worked as a Freedom Schools educator, explains, “Freedom Schools centers youth of color to help them learn that they can make a difference in the world.” 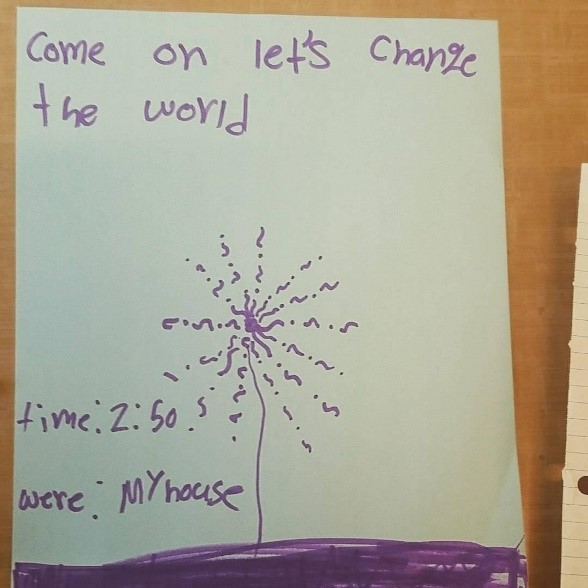 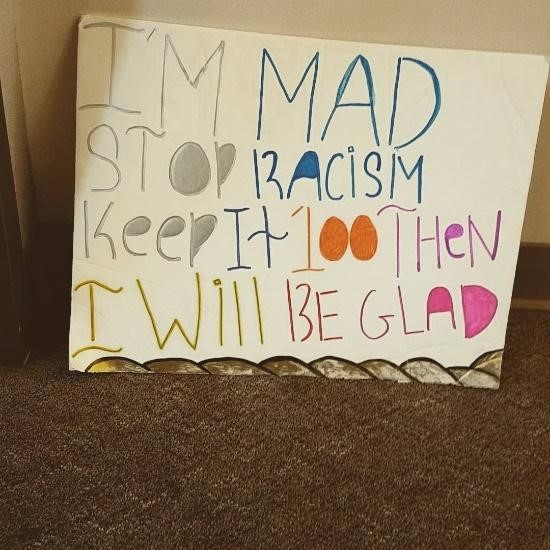 Many youth of color feel they do not belong in schools. During, a recent trip to a men’s prison, Nur recalls that the men felt the first system to fail them was the school system. The Freedom Schools seeks to address such early forms of alienation.

Emmitt Hayes, a retired Director of Detention in Travis County, Texas, expresses similar beliefs. Although racial disparities exist within juvenile detention, he says that is not where it starts.

“Youth of color will typically have a difficult time getting out of trouble within the school systems.” When facing consequences, Hayes believes youth of color are questioned more and believed less—if at all. 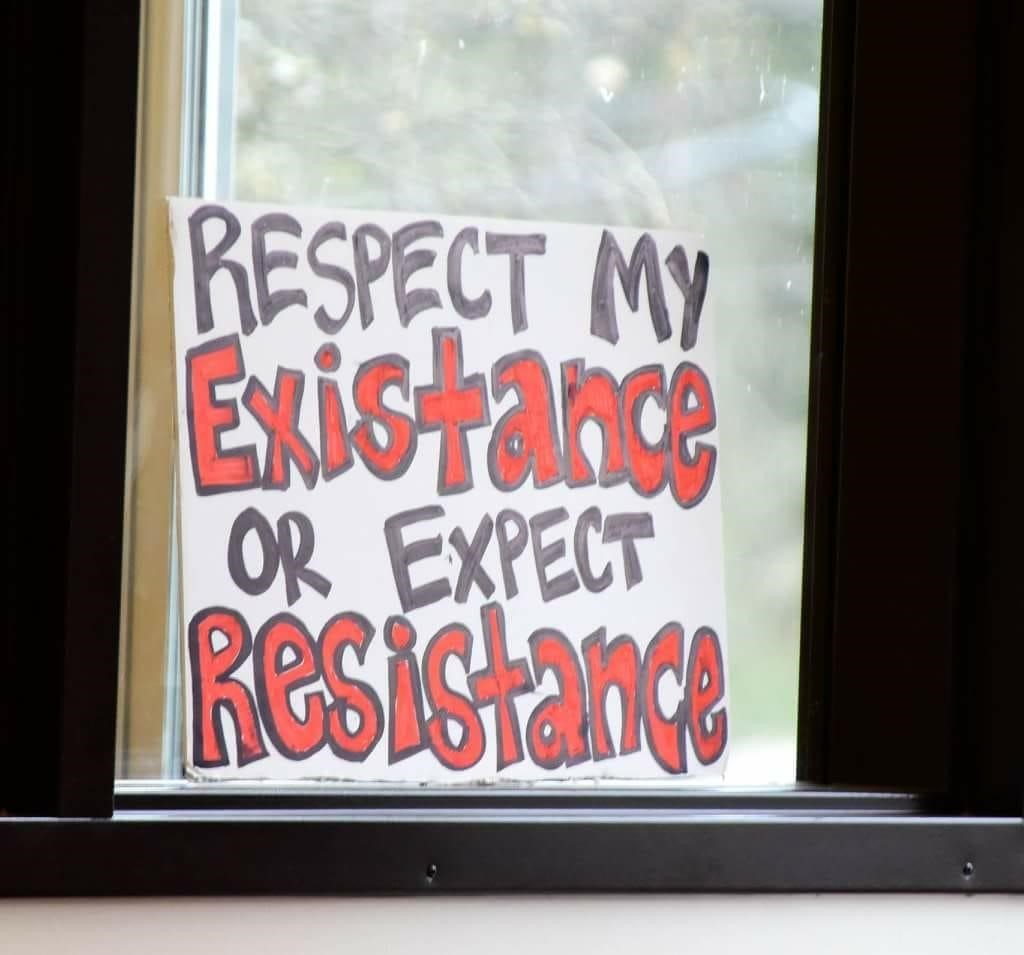 Freedom Schools is mindful of their disciplinary practices through the use of restorative justice circles, says Nur.

“Restorative justice is asking questions to the kid and having them understand what they did wrong and how it impacted another person,” Nur explains.

She deals with the issue in a more productive way by telling students they are, “a good person, a loving person, a caring person.”

Nur hopes that addressing issues of race and retributive justice with students within a holistic curriculum can help youth in the program avoid being pulled into the criminal justice system.

For youth already inside the system at the King County facility, Cotton facilitates restorative justice circles.

The program has completed a pilot phase and now awaits the County’s decision regarding future criteria for continuing this practice.

Currently, the prosecutor’s office makes referrals to the peacemaking team, which is made up of representatives from different communities.

A victim who wishes to participate indirectly can have a representative present their story to the justice circle. The offender, their family, community members, and the facilitator are also present.

The process consists of a series of circles that last 3 hours each and occur over the course of months. The circles typically take place in the evening and are held in the offender’s community.

“The circle is designed to lead people into their pain or whatever the root issue that’s causing them to transmit their harm onto others,” says Cotton. This is aided with the involvement of community members who realize they have also done harm in the past.

Through the circle, participants address the crime, its impact, and any external influences. “It’s transformative because people are getting involved in every aspect of a kids life,” Cotton says.

The results of justice circles vary. In one instance, they dismissed the case completely, got the participant on track to graduate, and aided them in getting a job.

A year of peacemaking circle costs taxpayers $11,000, whereas one year in a youth detention center cost $200,000 dollars.

Cotton hopes the new criteria will make the program more accessible because it is like “winning the lottery.”

Pioneer Human Services is an organization that provides a “no entry to reentry continuum of care.”

Harold Wright, Director of Youth and Young Adult Services, says they strive to divert youth from entering the system and provide a reentry program for ones that are pulled in.

One of those programs is contracted through the Juvenile Rehabilitation Administration. They work in collaboration with Aerospace Joint Apprenticeship Committee to help certify seven youth that are between the age of 18 and 20.

“We provide them with seven manufacturing certifications so when they get ready to leave they have skill sets,” Wright explains. Research shows that job skills are vital for non-recidivism.

Additionally, the three-month program provides financial literacy, cognitive and social behavioral programming, family rebuilding classes, and counseling. All of these services facilitate “essential skills to help mitigate or prevent them from reentering the system,” Wright says.

Another organization is Creative Justice, an art based alternative to youth incarceration. The organization was started by community members who wanted a better way of dealing with youth. They receive input from an advisory board made up of attorneys, judges, and probation officers so the program can be a viable alternative.

Aaron Counts, the lead artist, says art “helps you know yourself better, helps you realize what you think, what you believe, and what your values are.”

12 to 15 youth join Creative Justice and meet twice a week for several months.

“[The meetings] always includes a meal because more than anything we want to build a community together,” Counts says. They discuss central aspects of their lives—be it the school to prison pipeline or gentrification and create art about it.

Art forms have consisted of murals, photography, and plays. After each session, they showcase their creations in the community. Most recently, pieces have been displayed at the city hall art gallery and MOHAI.

This past year they organized a youth leadership group consisting of past participants because “we want creative justice to become whatever they think it needs to be because they are the most impacted, they’re the ones who are directly experiencing that marginalization and impact of the system,” Counts says.

Although construction of the Children and Family Justice Center continues, programs like Peacemaking Circles, WA-BLOC, Pioneer Human Services, and Creative Justice are striving to provide restorative justice in King County.