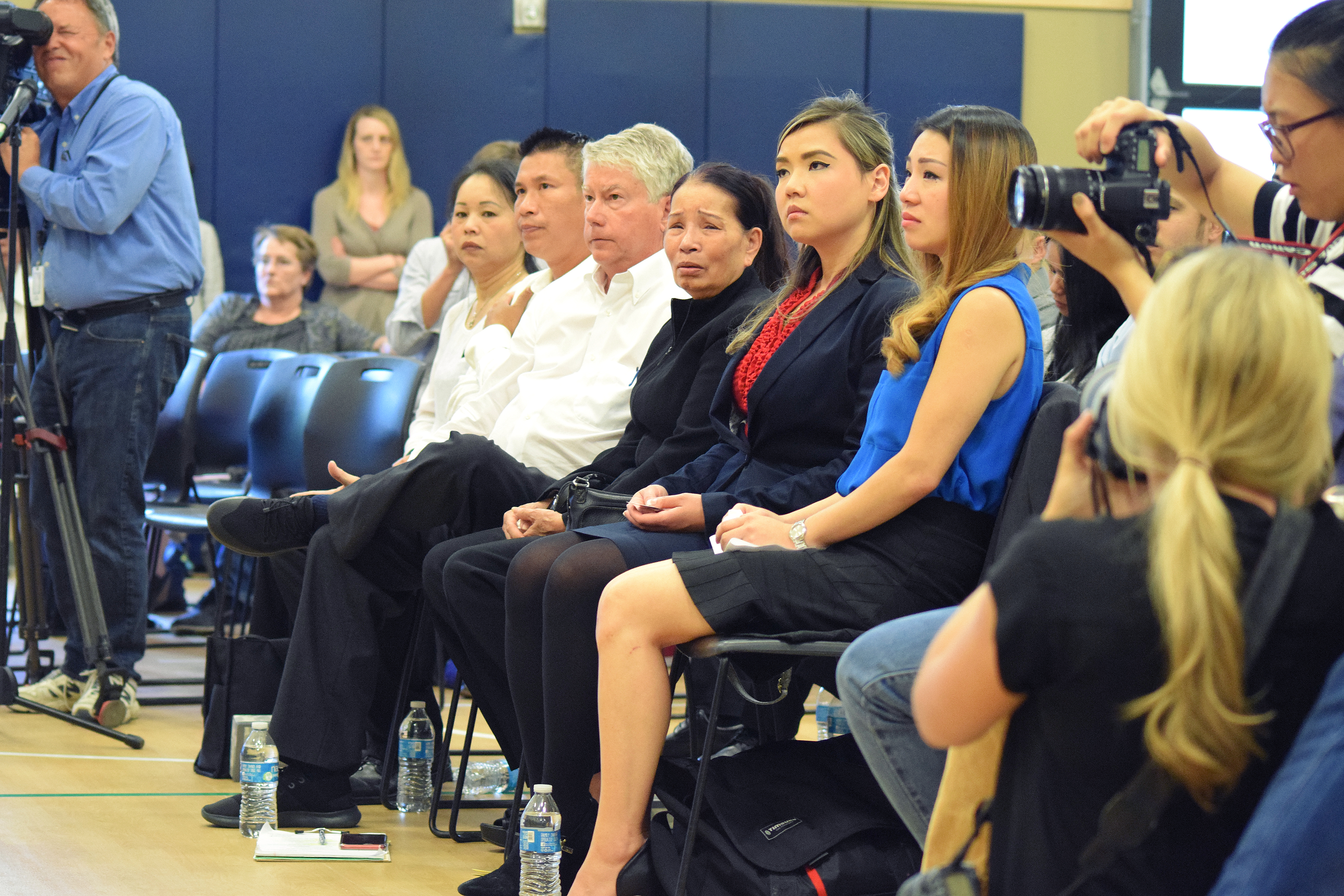 On the night of June 13, 2017, in the tight suburban sprawl of Burien, a series of events played out that ended with police shooting Tommy Le in the back. Le, 20 years old at the time, was set to graduate with a high school diploma from South Seattle Community College.

The day after the shooting, the King County Sheriff’s Office posted a press release to their website. The release, entitled “Deputy shoots man claiming to be ‘The Creator,’” claimed a “homeowner was confronted by a man holding a knife or some sort of sharp object in his hand,” and that the suspect was shot by police after “the suspect did not comply with their orders and began advancing towards the Deputies.” The release mentioned the word ‘knife’ three times and that Le had stabbed the door of a homeowner with “with the object he was holding.”

Following the post, the media seized on the report and repeated the accusations that Le was carrying a knife the night he was shot. Over a week later, Seattle Weekly reported Le was in possession of a pen, not a knife, when he was killed by police. The second post from the Sheriff’s office came the next day on June 23rd. While the updated report did say that Le was holding a pen at the time he was shot, it still used the words ‘knife’ and ‘stab’ four times each in reference to Le’s actions that night.

In the aftermath of the shooting, Le’s family filed a $20 million federal claim against the King County Sheriff’s office for misrepresenting Le’s actions that night. In July of 2017, the Office of Law Enforcement Oversight (OLEO) requested the Brechner Center, a part of the University of Florida to provide the study on “transparency and media relations in high-profile police cases.” OLEO provided the completed report to the Sheriff’s Office in February.

The report recommends changes to Sheriff’s Office policies, including giving priority to notifying family members of a shooting victim prior to the release of personal information to the public, efforts by the Sheriff’s Office to reach out to ethnic media including those serving non-English speaking audiences, and regular news updates on social media and to the press following a police shooting.

Director Deborah Jacobs of the King County Office of Law Enforcement Oversight presented the findings of the report to the King County Council in the council meeting Tuesday. “Our recommendations are small,” she said, “but they’re critically important changes. Implementing these recommended policies can have a profound impact and positive impact on trust and relationships between the Sheriff’s office and the public of King County.”

“False, or misrepresentations about an incident in the press literally add insult to injury,” she said. “Sometimes the concerns of the impacted family members stem from language and narrative choices made exclusively by the press, but other times their concerns stem from what law enforcement agencies release to the public and the press.”

King County Councilmember Larry Gossett explained that independent reports like the one produced by the Brechner Center are important in creating “checks and balances in the future that mitigate against false statements getting out.” Addressing the council, he said, “We need to listen to the press in terms of telling us what they found when they went out and talked to people in the communities and have those inconsistencies.”

Jeffery Campiche, a lawyer for the Le family was also present at the council meeting. In a statement representing the Le family, he said, “We believe to avoid public outrage over the shooting of an unarmed student of color the Sheriff’s Office intentionally misstated the truth about the killing.”

“The Asian community and some of the other non-Asians in the community are asking for honesty from the government,” he said. “The Les wonder why you need a study to tell the Sheriff’s Office to tell the truth. Why you need a professor to tell us this. We’re reminded that Thomas Jefferson told us that the freedom of the press is the foundation of our democracy. In the same vein, misleading the press is to mislead the public.” He explained the Le family would like consequences for the officers involved in the shooting and ensuing cover-up and for the council to pressure the Sheriff’s Office to make the changes recommended in the report.

Several members of the Le family were in attendance and Uyen Le, Tommy Le’s aunt, addressed the council Tuesday saying, “It’s been a year of unending grief, shame, and humiliation for us. The only thing we got from the county was the word ‘sorry.’ So on this anniversary of Tommy’s death we’re begging for more. Real action. Real change. Accountability. Only then will our family receive the justice that we, and Tommy, deserve.”

The King County Office of Law Enforcement Oversight is an independent office established by the County Council in an effort to make the actions of the Sheriff’s Office accountable to the public through systemic reviews. The recommendations provided by the office go to the Sheriff who holds the final decision on which policies are implemented.

The King County Sheriff’s Office was not in attendance at the meeting. In the copy of the report distributed by the Office of Law Enforcement Oversight, the first two pages of the report discussing the shooting of Le were redacted.

The King County Sheriff’s office released a statement this week in response to the report’s presentation at the council meeting saying, “Since taking office, our administration has proactively released information, and accompanying documentation, quickly on a variety of issues…Sheriff Johanknect is committed to continuing to have a transparent and open relationship with both the media and the public.”

In response, Deborah Jacobs, said, “The Office of Law Enforcement Oversight provided the Sheriff with a copy of the report in February. Although we continue to follow-up, we have not yet had a substantive conversation with the Sheriff’s Office about the report or the policy changes it recommends. Reassurances of transparency are welcome, but policy changes are what will help ensure against the spread of misinformation when it matters most.”

Tommy Le’s mother, speaking through an interpreter, simply requested, “We ask that you all help find justice for our Tommy.”

Will Sweger is a contributor at the South Seattle Emerald. His work has appeared in Seattle Weekly, Curbed Seattle, The Urbanist, and Cascadia Magazine. Find him on Twitter @willsweger