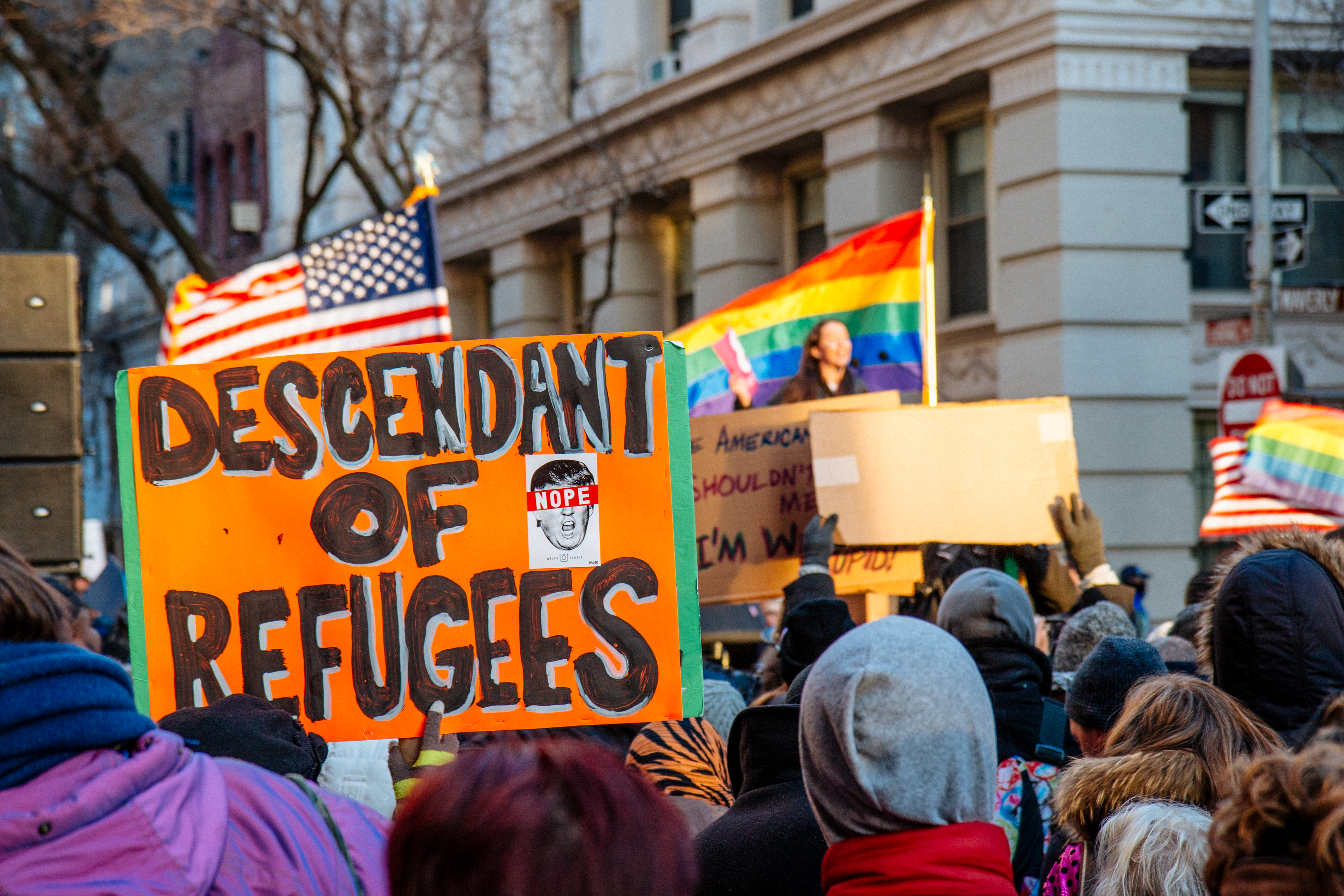 Looking ahead, it’s easy to see where the nation’s current zero-tolerance policy regarding immigrant detention could land us, Erin Baker Albanese said. After all, it wasn’t too long ago that Japanese and Japanese-American families suffered the same thing in World War II internment camps.

“It feels like we’ve been here before in many ways,” Baker Albanese said. “We can see down the road where things are heading.”

Albanese is one of the four original organizers for the Lawyer Moms of America Day of Action on Friday, June 29, during which groups throughout the country will deliver letters to members of Congress to call for a humane resolution to the ongoing refugee crisis at the nation’s borders.

The letter deliveries were originally in response to a May announcement by US Attorney General Jeff Sessions that Border Patrol agents will separate children from parents who cross the border without documentation. Though an Executive order issued June 20 supposedly reversed that course, Baker Albanese and others still see glaring human rights violations in the zero-tolerance policy decision to indefinitely detain immigrants, as well as the potential for continued family separation within the order’s language.

A solo business and nonprofit lawyer, Albanese belongs to an online group of fellow lawyers who are also mothers. On June 7, a group member from Texas posted about how that day had been the worst of her professional life: a client the group member was interviewing couldn’t stop crying about how her six-year-old son had been “ripped from her arms by Border Patrol, and she had not seen him in weeks,” Albanese recalled.

As a mother, this touched a nerve in her, so she and three other lawyer mothers began brainstorming ways to take action. What started small grew to become a larger movement, she said, culminating in Friday’s upcoming letter deliveries.

In her mind, the issue is a universal one. When parents hear about children being taken away from their families, all they can think about are their own children: every hug, every tear, every smile, every bruised knee.

“It heightens your awareness … of the wrongness of these families being separated and these children being alone, and scared, and cold in a foreign country, after making, probably, a pretty harrowing journey to get away from some pretty dire circumstances,” Albanese said.

The recent Executive order is just as problematic – if not more so – than the original law. Albanese said the order ignores detainment limits, thereby creating “de facto internment camps.” Moreover, though the order purports to end the separation policy, this isn’t necessarily true. Within the order’s language is what she termed an “escape clause,” which states children may still be separated from their parents, if there are inadequate facilities to house them, or if it’s deemed to be in the child’s best interest.

“There are so many shades of atrocities that have already taken place. When you think about the separation of the children, we are obviously concerned about … the potential for children to be adopted out without their parents’ consent, and that … [is like] the Native American boarding schools,” said Albanese.

Though a San Diego judge ruled June 26 that all children must be reunited with their families within 30 days, and that children under 5 years old must be reunited with their families within 14 days, it might not be that easy. The government does not concurrently track children and parents who are separated, even as it accounts for immigrants’ personal property – things like jewelry and clothes. Instead, children who have been separated from their parents have been treated like individuals crossing the border. This also makes it difficult to figure out if children have already been adopted without parental consent, Albanese said.

The Washington based lawyer has been active in the immigrant rights sphere for the past year and a half with the resistance organizing group Indivisible, but said her work is minor, compared with the “real work” of immigration attorneys and regional groups like the Northwest Immigrant Rights Project, the Washington Immigrant Solidarity Network, and Northwest Detention Center Resistance. Actions like the one she and others will take Friday are not only to stand in solidarity with immigrants and their children but also “trying to amplify [these groups’] actions and promote them as much as we can.”

There are currently 244 letter deliveries scheduled throughout the country, and each district of Washington State is covered, according to Albanese.