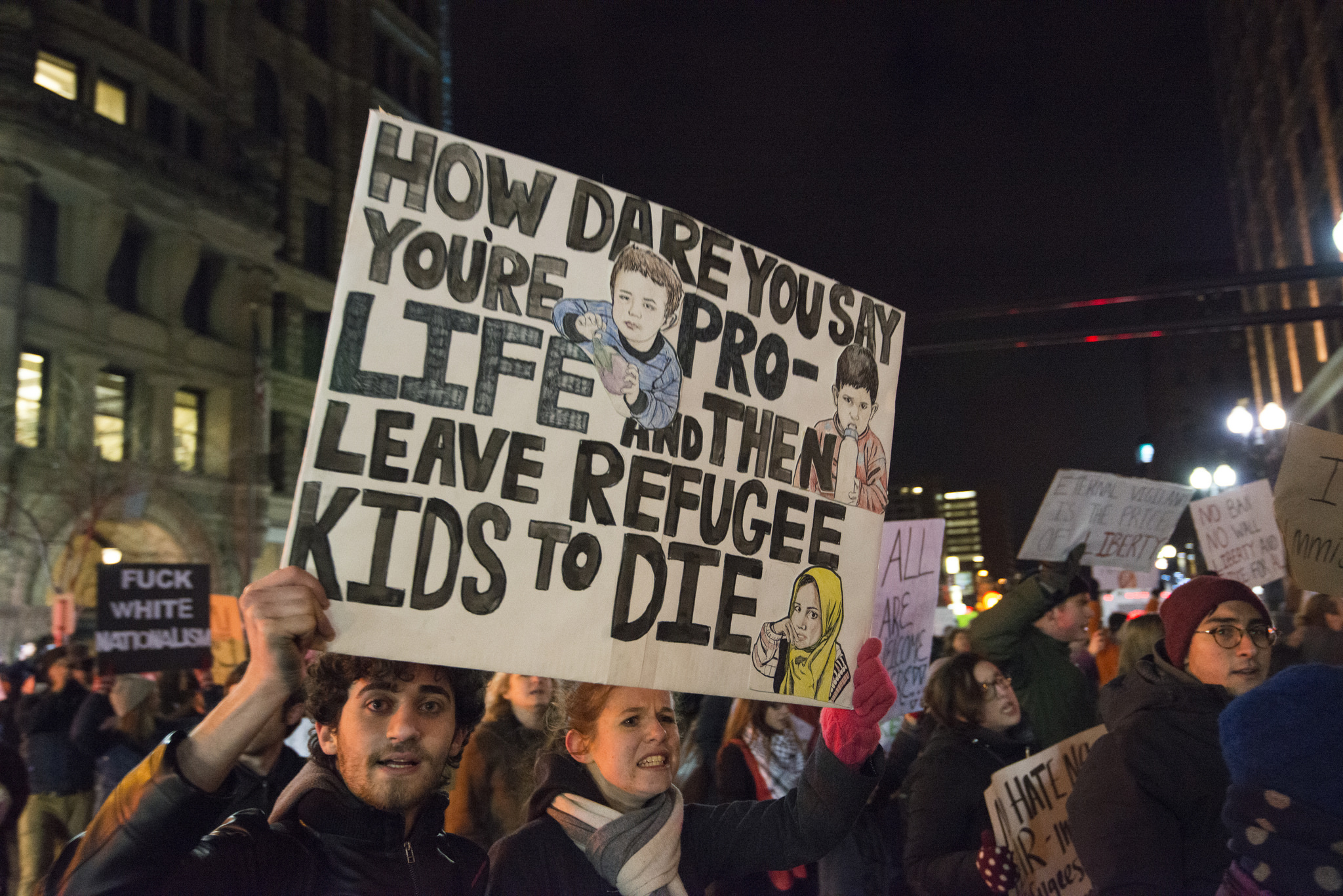 As a chaplain I recently was asked to offer some thoughts on our government’s actions of separating immigrant children from their parents. What follows is an adaptation of recent comments I offered from the pulpit at the Westside Unitarian Universalist Congregation in West Seattle:

I, perhaps like you, am horrified, saddened, embarrassed, and angry at this immoral, and despicable behavior by our government and most especially the President of the United States.

Thru the lens of a clergyperson, I am reminded of the words of Jesus in the Christian scriptures—the book of Matthew– where he speaks of those who hunger, those who thirst, the impoverished, the sick, and the imprisoned. He says.  ‘Truly, I say to you my brothers, as you did it to one of the least of these, you also did it to me.’  He didn’t speak of the stranger as “invading” local communities, or the stranger as establishing “migrant camps,” or coming from “shithole countries,” or promulgating “phony” stories of the sadness and grief of mothers having their children forcibly taken from them—all these things spoken by the President of the United States. What Jesus did, however, was beckon the children to come to him saying: “Suffer little children to come unto me, and to others of you, forbid them not from coming to me, for of such is the kingdom of God.”

Leaders of many faith traditions, locally, nationally and world-wide —have spoken out loudly against this president’s immigration policies. And finally, finally strong objections have been heard from Evangelical leaders—many of whom have had Donald Trump’s back during the entirety of his authoritarian and bombastic presidency.

Last week I, along with hundreds of clergy, signed an open letter to the president and the American people objecting in the strongest terms the administration’s policies toward immigrant families. It reads, in part:

“As faith leaders, we, the undersigned, denounce and reject the administration’s policy of separating immigrating families and holding children in isolation from their adult support systems. We cannot remain silent, for the sake of our own hearts. The practice of separating migrant families who lack documentation must end immediately. There must never again be internment camps, concentration camps, or forced detention camps by any other name on American soil or under American control. Migrant children must be immediately returned to their parents or guardians. The current policy is ethically and morally unconscionable, and we seek an end to both the policy itself and to its impact in the world.”

In like fashion the Unitarian Universalist Association, representing over 1000 congregations nationwide, issued a public statement that reads in part:

The policy of this administration to separate children from their parents at the border is immoral, inhumane and indefensible. These families arrive desperate for safe-haven, seeking asylum having fled violence and disruption in their own homeland – and instead of safety, they are further traumatized, victimized and criminalized at the hands of the United States government.

Compounding this travesty is the Trump administration’s use of religion to justify separating families. This is nothing short of religious malpractice.

Attorney General Jeff Sessions’ use of the Bible to justify family separation echos the ways the Bible was used to support American slavery, Nazi Germany, and South African Apartheid.

The Unitarian Universalist Association rejects this administration’s manipulation of sacred texts to explain the dehumanizing consequences of its immoral policies.

Open letters and public statements such as these are very important. They are forms of what’s known as the “prophetic voice”—speaking truth to power without fear of reprisal. They set a framework for articulating values held closely by their authors—values that are being challenged or violated. However, such statements are not sufficient if they stand in isolation. They remain just words if not followed by action, reinforcement, and the continuous heightening of our awareness.

The stakes are too high for silence, apathy, or the wringing of hands to be the predominant responses to such outrageous actions by our government. Our clergy, elected officials and leaders of all stripes must exercise public witness, courage and conviction– perhaps more today than at any time in many decades. We cannot turn a blind eye or be deflected by softer, less challenging or controversial matters –hoping that that moral assault in front of our very eyes us will fade away or be of no consequence to our own lives. Fear must not muffle the prophetic voice in our pulpits. To be muffled by fear is to be an accomplice with the forces that would destroy a free, moral and compassionate society.

As a chaplain, I challenge all clergy to fully embrace the “prophetic voice” inherent in our calling. May we use the freedom our pulpits afford to speak truth to power and to do so without apology or fear of ruffling the feathers of our congregants or governing bodies. May our voices inspire our members to action– to engage—to engage in whatever efforts are necessary to reclaim the moral core, the values, and the non-authoritarian posture of this nation. We must never take a soft stance in the face of such moral assaults.

2 thoughts on “The Trump Immigration Policy: A Moral Outrage”