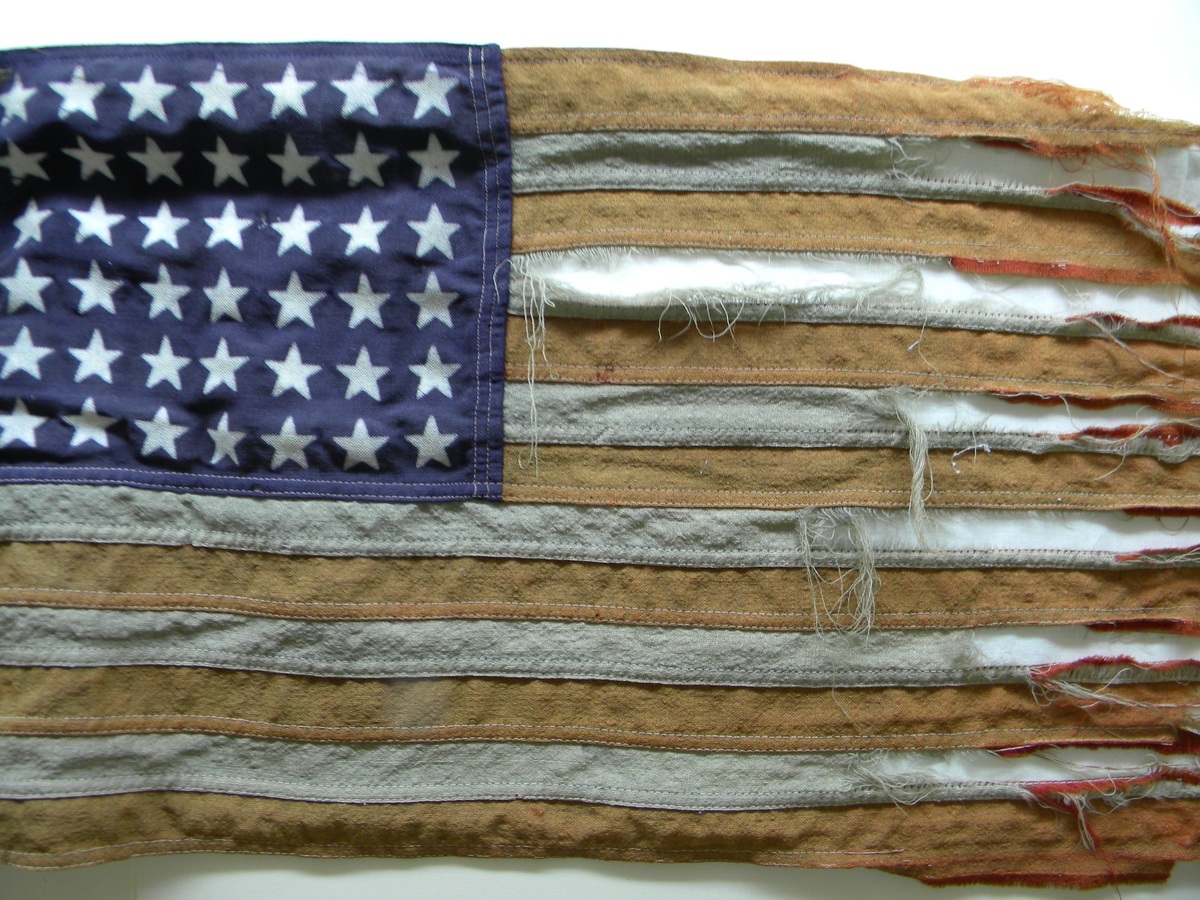 (This article originally appeared in Real Change and has been republished with permission.)

Never is America’s hypocrisy and exclusionary nature more visible than on the Fourth of July. Since its inception, this country has largely disregarded the highly aspirational human rights decree, “that all men are created equal, that they are endowed by their Creator with certain unalienable Rights, that among these are Life, Liberty and the pursuit of Happiness.” Are these renowned words from the Declaration of Independence truths? Are they self-evident?

On July 4, 1776, the day the Declaration of Independence was ratified by the 13 colonies, more than 20 percent of America’s population had no rights, least of all liberty. According to the Philadelphia Tribune, 27 of the 56 White male property owners who signed the Declaration were slave-holders, slave-shippers and/or slave-investors. The principle writer of the Declaration, Thomas Jefferson, owned hundreds of Black human beings, including his own children whom he fathered with one of his slaves, Sally Hemings. Jefferson initially included a section that implicated Britain for its role in the slave trade, but this paragraph was cut out before the final version was signed, presumably so as not to offend the British proponents for American separation. Because the physical, mental, and emotional dehumanization of Black people for profit was encouraged by law, it caused no moral dissonance for the Founding Fathers. Barring any person who wasn’t a White man, all men were created equal. By the colonists’ own standards, the Declaration only existed to formally divorce the colonies from oppressive British rule, thereby allowing White American men to establish their own violent, exploitative states on Indigenous soil.

White women’s rage brewed for a number of decades, and they sought to make things right for themselves. The first conference on women’s rights was held in Seneca Falls, New York, in 1848. The motto for their “Declaration of Sentiments,” modeled after the Declaration of Independence, was “All men and women are created equal.” The motto translates to “All White men and White women are created equal.” The third Sentiment reads, “He has withheld her from rights which are given to the most ignorant and degraded men — both natives and foreigners.” This is to say that White women were less free than Black men, who were enslaved, and Native men, who were systematically annihilated from their lands. Both were considered subhuman. While White women lamented domestic and civic subordination to their men, Black women were considered chattel, bred against their will — often by their own White masters, the husbands of these suffragettes — only to have their children snatched away and sold into a life of violence and degradation. Suffragettes used the ideals of the Declaration to inform their male counterparts that they too had a right to financially and socially benefit from the labor of Black slaves and the genocide of Native people. The Women’s Suffrage Movement continued their crusade for women’s rights to the exclusion of women of color well into the 20th century.

The irony and confusion of a holiday such as Independence Day was not lost on enslaved people. In 1852 Frederick Douglass gave his famous speech, “What to the slave is the Fourth of July?” He questioned why he was chosen to be the July Fourth orator when it was considered a natural, inalienable right for White men to own Black people. He said, “Fellow-citizens, pardon me, allow me to ask, why am I called upon to speak here to-day? What have I, or those I represent, to do with your national independence? Are the great principles of political freedom and of natural justice, embodied in that Declaration of Independence, extended to us? And am I, therefore, called upon to bring our humble offering to the national altar, and to confess the benefits and express devout gratitude for the blessings resulting from your independence to us?”

During a time when Black people were subject to painful lashings for “talking back” and got their eyes gouged out for trying to learn how to read, Douglass dared to ask what a White People’s holiday could offer him: “Your high independence only reveals the immeasurable distance between us. The blessings in which you, this day, rejoice, are not enjoyed in common. The rich inheritance of justice, liberty, prosperity and independence, bequeathed by your fathers, is shared by you, not by me. The sunlight that brought life and healing to you has brought stripes and death to me. This Fourth [of] July is yours, not mine. You may rejoice, I must mourn. To drag a man in fetters into the grand illuminated temple of liberty, and call upon him to join you in joyous anthems, were inhuman mockery and sacrilegious irony. Do you mean, citizens, to mock me, by asking me to speak today?” Douglass identified differences between Whites and Blacks not by “natural” racial features, but in a way that exposes and condemns White hypocrisy and proclivity toward the inhumane.

The lasting tradition of a tone-deaf holiday like Independence Day perhaps makes sense in an era fraught with Neoliberalism, White nationalism, and dreadful leadership. However, it’s time to admit that part of what got us here is the refusal to look America’s history square in the eye. White Americans often solely embrace the history that matches their narrative of freedom because that is what they’ve always had access to. Life, liberty, and the pursuit of happiness (at the expense of everyone else) is the White American narrative.

What do people of color celebrate on Independence Day? What history do we remember? Although 5,000 Black men helped this country win the Revolutionary War, most of them were recaptured and sold back into slavery after service. Because all men are created equal, but only during wartime. Crispus Attucks, a mixed Black and Indigenous man who escaped from slavery and worked as a seaman, was one of the first to die at the Boston Massacre, a catalyst for the American Revolution. We remember our fallen people who endured the fight for White freedom against their will.

Today, Black people’s allegiance is usually not to July Fourth but to Juneteenth, a celebration of the unshackling of our ancestors. Juneteenth also serves as a reminder that slavery continued until 1865, long after the Emancipation Proclamation was signed. A reminder that subjugation continues into the present with the prison industrial complex — Black and Latinx people make up roughly 56 percent of all incarcerated people in the U.S. It’s a reminder that White supremacy prevails with hypersurveillance in Black and Brown communities and police brutality against unarmed, innocent Black people.

It’s easy to say what’s passed is past and that America is a different country now. Undeniably, some things have changed over the past 242 years, but it is impossible to divorce ourselves from our insidious history, especially in defense of “ideals” that have been inaccessible to Black and Brown people since this country was colonized. Trying to evade history is not only unrealistic, it’s morally irresponsible. America today is not so different from the one the Founding Fathers intentionally envisioned in that the rights of White men are still most protected. As you don your American flag apparel, fire up the grill and pop fireworks, it’s important to consider what and who you’re celebrating. Remember who built this country versus who this country was built for. Remember who has the privilege to remember America’s sordid history fondly. Invest in ways to help everyone get free.