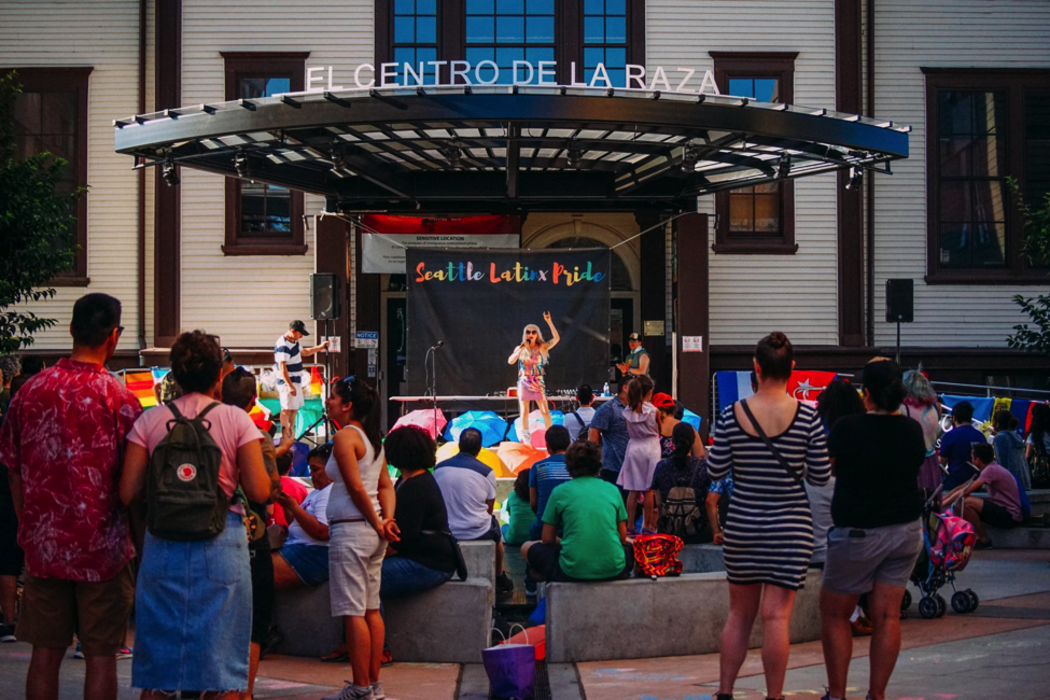 Under a warm summer sun, Ray Corona stood on a stage bursting with color.

Corona was the emcee for a Latinx Pride festival held at El Centro de la Raza Saturday. Founder of the Washington Dream Coalition and a recent graduate of the University of Washington, Corona has won multiple awards for his community partnerships. For many in the undocumented Latinx and LGBTQ+ community he stands as a defiant intersectional voice and advocate.

Because of work by groups like Somos Seattle, El Centro de la Raza and The Latino Community Fund, Seattle’s Latinx communities are standing publicly against attacks from current presidential administration. On a weekend when ICE officials were reportedly seen at Light Rail stops across Seattle’s South End, the festival began with a formal recognition by the office of Mayor Jenny Durkan. Corona translated for a representative who, speaking on Durkan’s behalf, said that the office recognizes that LGBTQ+ communities are “under attack … but make no mistake, the city of Seattle is with you and we stand together.”

Throughout the day, people danced and talked in the shade as children wrote on the sidewalk with colored chalk, surrounded by informational booths meant for queer Latinx education. Newly-formed Alphabet Alliance of Color in Seattle co-organizer Luzviminda Carpenter said that the group is working with Somos Seattle and other community groups to use storytelling as a tool for policy change. The group wants to gather stories from queer, Latinx, Black, and Two-Spirit communities, and to categorize these narratives to create more directed policies that will support these communities.

“Our stories are too rarely told, and when they are told we so often feel misrepresented,” Carpenter said.