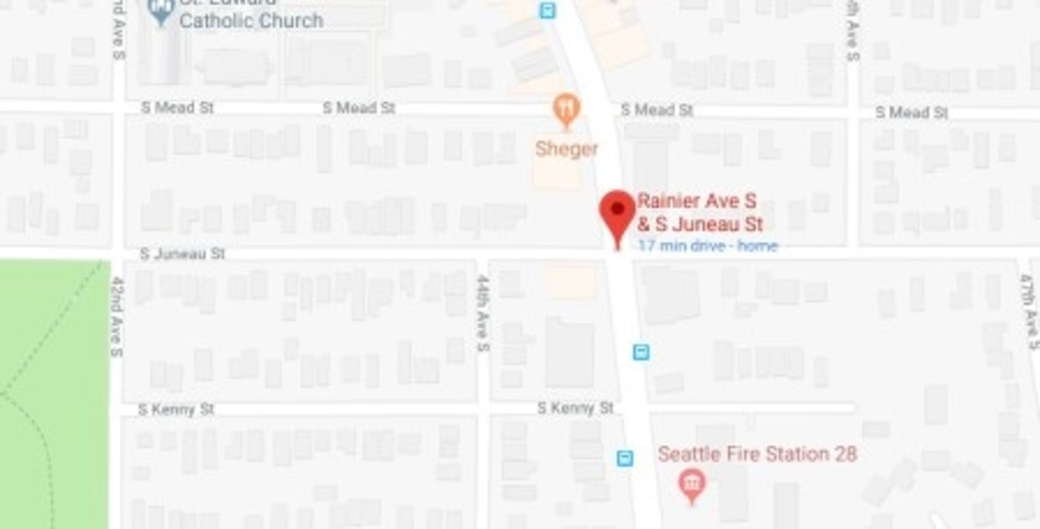 An adult male was shot and injured in Hillman City around 2:30 p.m. on Friday, Seattle Police Department authorities say.

SPD spokesperson Sean Whitcomb said the man, whom officers approximate to be in his 30s, was transported to Harborview Medical Center, where he is currently being treated. Though the department’s homicide unit has not been called out, Whitcomb said, “with a gunshot wound, anything can happen.”

He also said officers did not yet know any details surrounding the shooting, except that it happened at the corner of Rainier Avenue South and South Juneau Street. 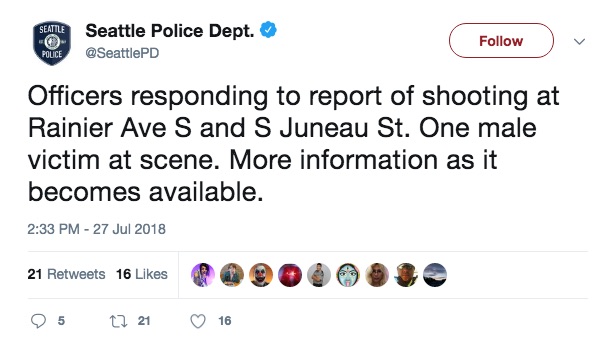 Whitcomb said the investigation into the incident is still ongoing, and officers from the department’s gang unit have been called out to the scene.

“Our officers and detectives are in the neighborhood right now,” Whitcomb said. “We don’t have a whole lot more information that we can offer.”

This story will be updated as more information becomes available.