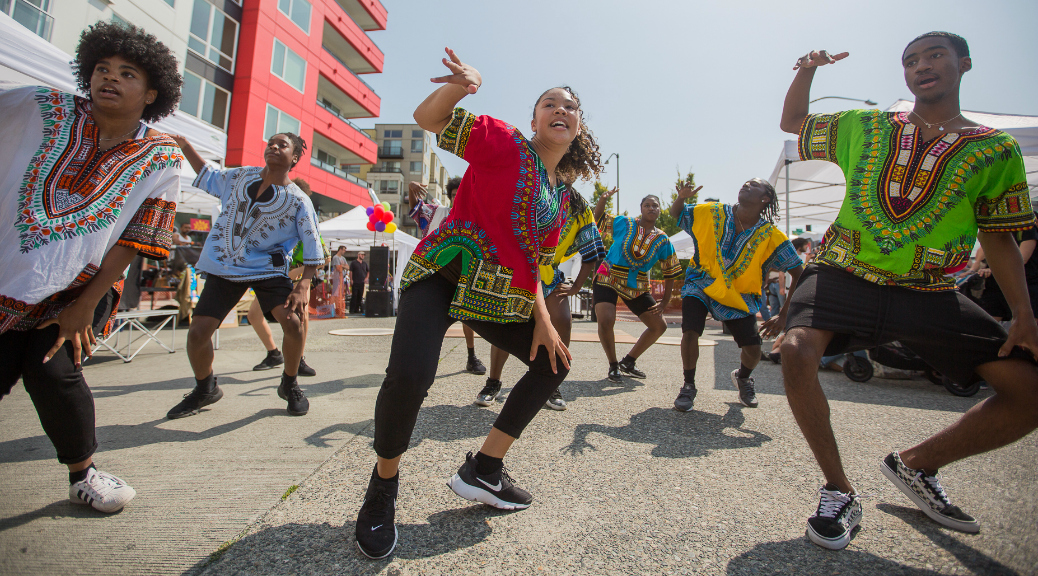 The Othello Block Party celebrated arts, culture, music, entrepreneurship, and community Saturday at Othello Station. The event was sponsored by the MLK Business Association, Seattle Department of Neighborhoods, South Seattle Emerald, Homesight, OnBoard Othello, UW Commons, Office of Arts & Culture, Assembly 118, and The Grocery, and was coordinated by Cafe Red and Artist Coalition for Equitable Development.

Local artists took the stage from noon until 9 p.m., offering dance, poetry, and hip-hop to a receptive crowd under a hot summer sun. Artists included Nikkita Oliver, Rell Be Free, and Sistas Rock the Arts Collective, among others. Seattle Youth Poet Laureate Leija Farr offered several poems, including a touching piece looking at her grandmother’s battle with cancer and ongoing gentrification in Seattle.

“There are so many hidden gems in this area,” said Nikita Mathis. “Many times, people don’t have time to take a walk and learn about them.”