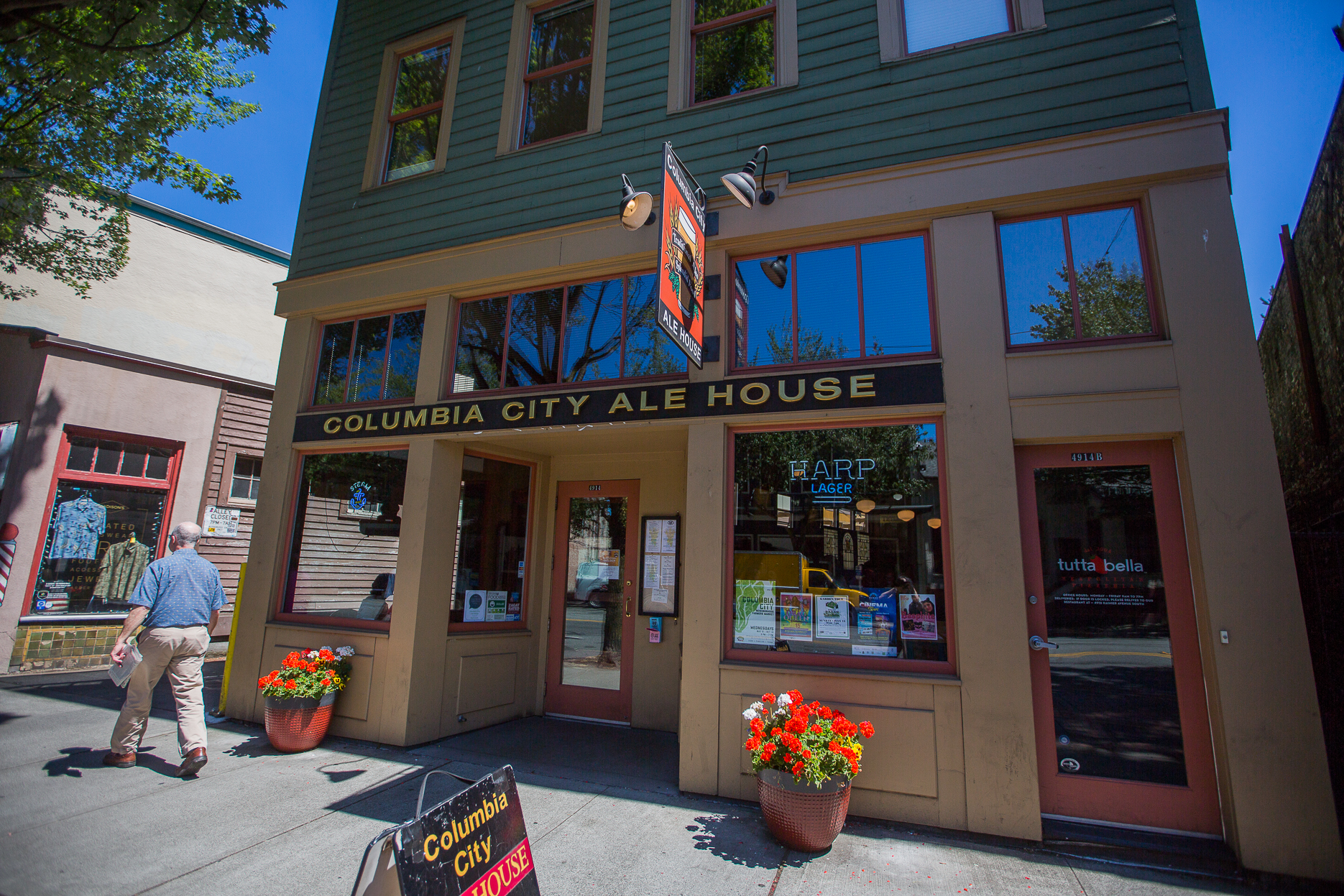 The Central and Southeast Seattle Rapid Response Network and Restaurant Opportunities Centers United will be holding a Know Your Rights training for Columbia City business owners and those interested in understanding more about what rights they or their neighbors have, when facing Immigration and Customs Enforcement agents.

In July, ICE agents detained Miguel Martinez, who was on a break from working at the Columbia City Alehouse.

In the wake of Martinez’s detention, members of the Central and Southeast Seattle Rapid Response Network — which works with immigrant and refugee rights coalition organization Washington Immigrant Solidarity Network (WISN) to keep immigrants, refugees, and their families safe — and the Restaurant Opportunities Centers United (ROC) — which works to improve wages and working conditions in the food service industry — decided to hold a know-your-rights training for business owners. The Rapid Response Network also works with the Church Council of Greater Seattle.

The Emerald interviewed rapid response network members Dina Burstein and Ruth Eggers about the upcoming workshop, which will take place at 9 AM Monday, Sept. 17, at The Royal Room, 5000 Rainier Ave. S.

(This interview has been edited for length and clarity.)

Carolyn Bick: Who was involved in putting the training together? What was the catalyst for it?

Ruth Eggers: When [Miguel Martinez was arrested], the [Central and Southeast Seattle Rapid Response Network] pulled together a meeting of people from the community … and then Elena Perez, from the Restaurant [Opportunities Centers United], has come up with the idea of doing a training for businesses in Columbia City, a know-your-rights training, so that … if this should happen again, people in the community would know how to respond. There are certain … types of warrants that an [Immigrations and Customs Enforcement] (ICE) officer has to have, in order to pick somebody up, depending on if it is a private place or a public place. And then the person who is being picked up has certain rights, so we wanted to make sure that everybody in the community … would know about that. Plus, there’s an increase in I-9 audits. I-9s are those forms that you fill out to prove you are legally allowed to work in this country, and there have been … an amping up of I-9 [audits] of businesses. We don’t know what’s going to happen in the small businesses in Columbia City or if it’s only really for bigger businesses, but we want people to become aware of the situation.

CB: So, getting into the training, what legal rights do business owners have, and how do you prepare for an I-9 audit?

RE: When we do a regular Know Your Rights Training … there’s two different warrants that ICE has to … come with. One is a private, as in they have to have a warrant that’s signed by a judge that has the specific person’s name, and if it’s in the public, it can be just an administrative warrant. It has to have the person’s name, as well, but it doesn’t have to be signed by the judge. So that’s one thing that … they are going to learn about.

Dina Burstein: There are different instructions for if you are in your car, or if you are on the street. If you are in your car, it’s considered more of a private place, which is where, I believe, Mr. Martinez was detained from. A good part of our motivation was that we hoped Mr. Martinez … was still at the Northwest Detention Center, and that we could do some kind of public campaign to help him not be deported. But the best information … from WISN and Northwest Immigrants Rights Project (NWIRP) attorneys, as far as they could tell, he was deported very quickly. But we don’t actually know that for a fact, but that’s our best understanding. We had to kind of turn our attention away from protecting him from deportation to, “Well, what can we do for other people, in the future?”

Our instructions are, do not open doors. If you’re in your car, as the driver — this is my best understanding — you have to give your license and registration, like you would if you were stopped in a traffic thing. But, other than that, we advise people not to answer any questions — not their name, not where they come from, anything about their immigration status, except, “I exercise my right to remain silent … until I can talk to an attorney, and I will not sign anything and you have no permission to search my belongings, until I have an attorney present.”

WISN has a rapid response hotline: 1-844-724-3737. It’s a hotline that’s answered from 6 a.m. to 9 p.m., always, and sometimes longer than that. If there is an ICE raid in progress, absolutely, people will call the hotline. [ICE officers] don’t come in a car that says, “ICE.” They don’t come in uniforms that say, “ICE.” They come in plainclothes. But if you see somebody … on the street or in your neighborhood or at your bus stop that looks like it could be ICE, you call the hotline, then [the WISN team sends] someone from the neighborhood who can verify what is going on, and maybe go up to the person and say, “What is your business at this bus stop?” In most cases, they can reassure the public by reporting … on the hotline, and in text messages and emails — “No worries, that’s not ICE, that’s something else.” Because, if there’s a false alarm, then people just won’t take the bus. They’ll stay home. They won’t go to school. People are so scared.

If the verifier says, “OK, ICE is at the door,” then their job is to get back to the network, who call out people like [Ruth and me], who have been trained to document at a time like that. So, we come with our charged cell phones, and, hopefully, a lawyer will come. Our purpose in coming is not to interfere with what ICE is doing, but to do everything that we can to document in writing and with video, and to protect the rights of the person who is being addressed by ICE.

In the work the Somali community is starting to do for themselves, they have created a different phone number, but … that training hasn’t happened, and [the number is] not in use yet. The WISN hotline doesn’t have the capability of answering in Somali. The Somali community wants to have a regular phone number that people can trust and call, and then they will hook up with the [WISN] network, depending on what people are saying, when they call. And there may be other communities … who don’t speak English, who would like to have a separate hotline.

CB: Why is this kind of training imperative in South Seattle?

RE: It’s probably imperative over the whole city … and the country, actually, but we got together and are pretty organized, down here, with this rapid response network, and the pickup of Mr. Martinez happened here, in our neighborhood, and there was an immediate response … and there’s quite a few immigrants living in our community.

DB: It’s super immigrant-filled, multicultural neighborhood of Seattle. As we understand from the leaders of WISN, the numbers of detentions are not huge, yet, in Central and Southeast Seattle. There are probably more detentions going on right now in South King County. But there’s a lot of vulnerable people [here].

In much of Seattle and King County, police are pledged not to alert ICE to a traffic stop or an arrest, but they are reviewing people’s records. [Earlier this year, ICE] got information from the department of licensing about … names and countries of origin. So, they are coming up with this information, and they are detaining and deporting people really fast.

People are so afraid, that they are barely talking about it in trusted places. They are just not public about it. So the leaders of the community are kind of trying to break through the silence, so that people can have a plan for safety.

For questions about the workshop and to RSVP, call ROC’s Elena Perez at 253-256-5408, or email her at elena@rocunited.org.

The WISN hotline number is 1-844-724-3737. The organization also has a text message alert system. To sign up, text JOIN to 253-201-2833. Users may choose to receive alerts in one of six languages: English, Spanish, Traditional Chinese, Vietnamese, and Korean.