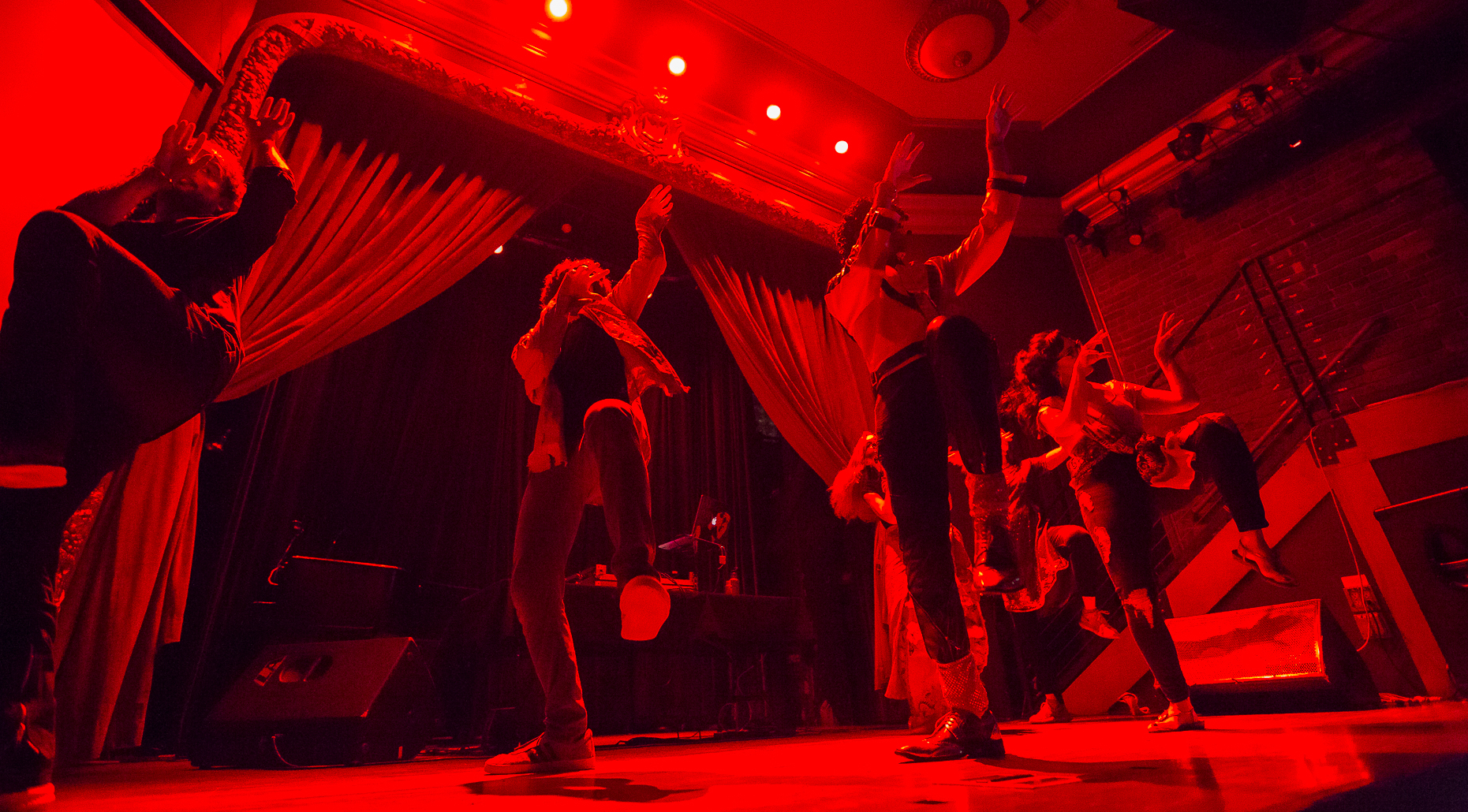 Stories and photos by Carolyn Bick

But the real hit came later in the evening, when Kakad and his Portland-based dance troupe, Jai Ho! Dance Party, led the hundred or so attendees in a Bollywood-ized version of Michael Jackson’s “Thriller” dance. Dressed like the now-late singer in the iconic music video, Kakad described the dance as a wedding “gone afoul” — a popular theme in Bollywood films, he said — and demonstrated moves like “angst,” in which the dancer puts their hand to their forehead.

Kakad said he’s been leading the dance at Columbia City Theatre for the last three or four years, but has been performing the dance in different cities since 2011. He said one of his troupe members originally inspired him to create the dance, because of her background in contemporary dance.

When he did it the first several times, it was “really, really fun,” but his artistic spirit almost got in the way of what was proving to be an unexpected success.

“The artist in me that is always like, ‘You should do something, do something different,’ started to take over, and then I was like, ‘Okay, I am going to make a new mashup, new choreography,’” Kakad said.

But then, people started emailing him from different parts of the world, telling him they had watched the troupe’s 15-video series on how to do the dance, and wanted the MP3 song he had created. He said he realized it was okay for him not to change the dance at all – and this was a good thing.

“It’s become bigger than what I thought it to be, in the first place. I thought it was fun and inspiring, but I now realize … what a good way it is for people to experience Indian culture, and Indian people to truly embody some of those MJ moves, you know?” Kakad said. “I feel 100 percent that it is one of my better creations, in the sense that it is very community-centered, and it is very accessible.”