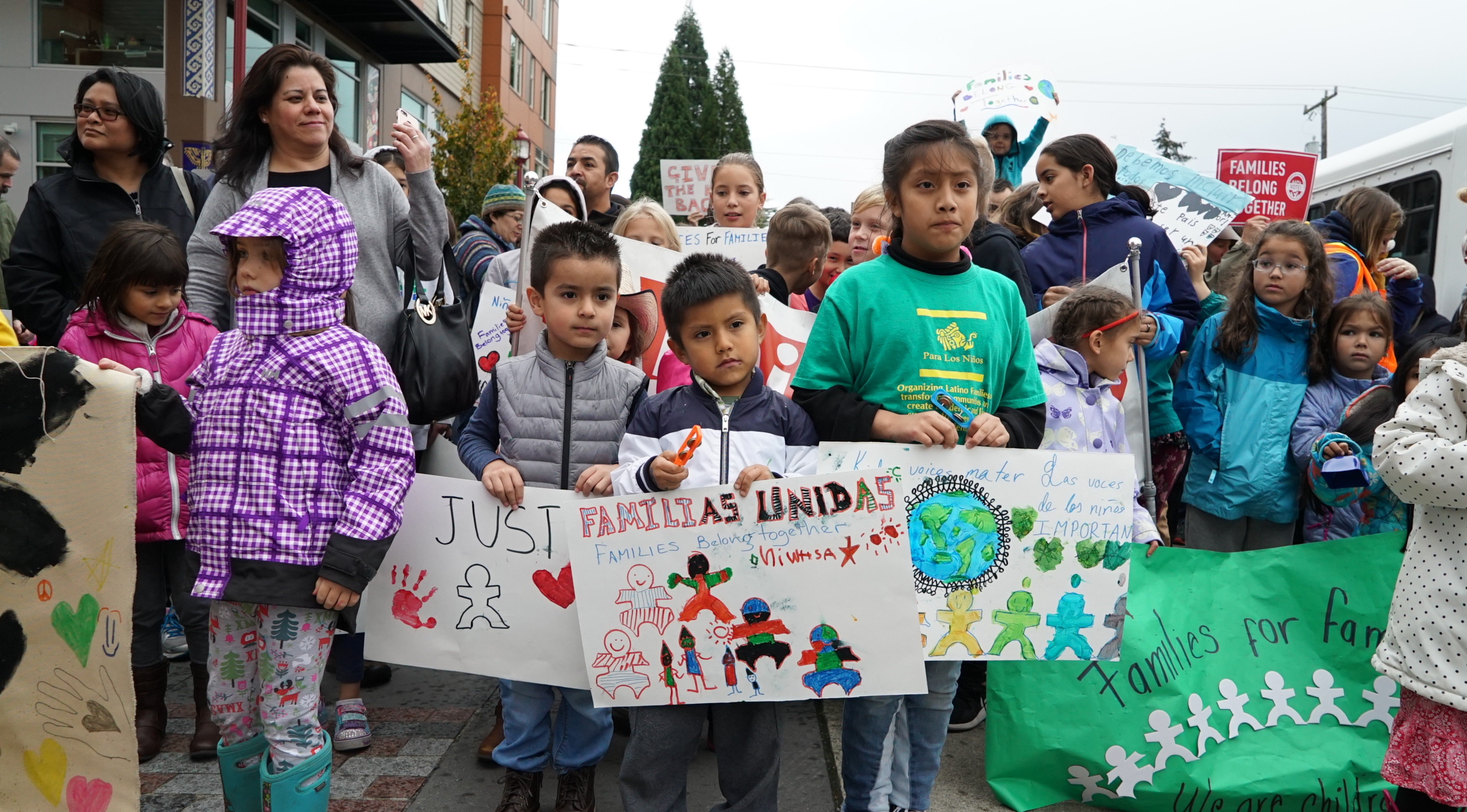 Dozens of children and their families gathered together on Sunday, October 28, at the Centilia Cultural Center to hear from young people about how the government’s immigration policies affect them, their families, and their friends. The Families for Families Rally and March/Familias por Familias featured the voices of children who know very well how immigration policy can impact their lives.

Gabriel, 18, told the story of how his father was deported back to Peru in 2004, leaving his mother to raise him and his three year old brother by herself. He said most of his memories of his father came from photographs and stories people told him. He and his brother had missed having a father around for “normal kid things like going out to play soccer or taking us to the beach or just talking about regular kindergarten struggles.” Gabriel expressing the sadness he experienced as a child ended his speech saying, “We needed him to hug us, make soup for us, and tuck us in at night.”

Angela Calderon, 13, a daughter of Mexican immigrants spoke about how concerned she was about the children being separated from their parents and the lasting harm that the separations will have on them: “As children, we know we are better with our families, we know that the pain and sadness these children are suffering will stay with them a very long time, and we won’t stay silent as this injustice happens in our community, we are here because we care! We want all those children to know we care!”

During the event the families worked on posters and banners expressing their support for immigrants, children and human rights, before embarking on a short march through the neighborhood around El Centro De La Raza. Following the march, the families returned to the Centilia Cultural Center to hear more from the youth organizers, listen to music, and write postcards to the government demanding that families be reunited, and called for an end to indefinite incarceration and inhumane treatment of children entering the United States as immigrants or asylum seekers. They also called for an end to policies that discourage families from coming forward to claim separated children, and that the government not implement a rule that would deny a green card to applicants who have used public assistance like food stamps and healthcare services.

Featured Photo: Children line up before the start of the Families for Families march through the neighborhood around El Centro De La Raza. (Photo: Susan Fried)