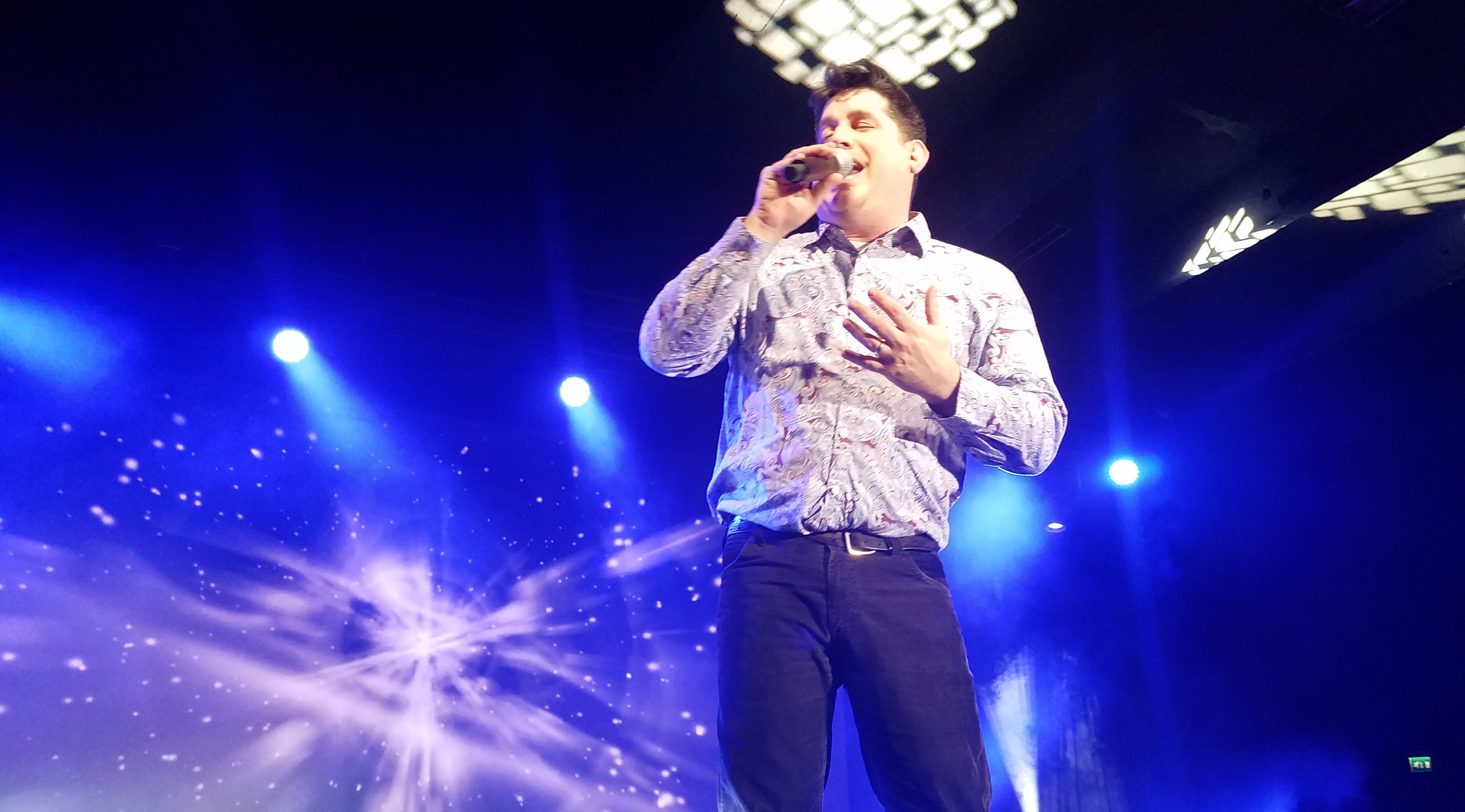 Joshua Baron lives for karaoke. So much so that the 45-year-old is considering moving from Seattle to Las Vegas in order to locate himself in the center of this country’s karaoke universe. But for now, Baron, who is the national director of the Karaoke World Championships U.S.A. (KWCUSA), continues to host his Wednesday night karaoke sessions at the Columbia City Theater from 9 PM to 1 AM. Every week, a cast of characters come together there over their need for expression as much as their need for family.

Baron says many people may think karaoke goers are just partiers looking for a good time but a lot of the people he meets through the circuit are broken — financially or spiritually. The opportunity to sing, whether expertly or not, can really help their self-esteem, sometimes dramatically so. Sharing this vulnerability in public often creates community.

“Karaoke gives them that one hope, that one healing thing,” says Baron, who described one singer he met who became a regular. “When I met her, she was going to kill herself. I didn’t know it at the time, but she always thanks me for saving her life.”

Baron says he first performed karaoke at Disneyland as a high school sophomore. Ever since, it’s been with him through the hardest times in his life. It was there when he quit school, when he began suffering from Lyme disease, and when he found out he had cancer. Baron, who recovered from testicular cancer in 2013, still lives with symptoms related to Lyme disease. These symptoms caused him to quit his job as an event coordinator over a decade ago. However, Baron didn’t want to stay home alone in pain, so he applied to be a karaoke host in Ballard.

Being around people and not staying in a house in excruciating pain was a point of healing,” he says. “Singing keeps me sane and healthy.”

In 2009, Baron partnered with the Karaoke World Championships (KWC), where he works daily to build the esteem of karaoke and popularize regional, national, and international competitions. The Karaoke World Championships, which started in Finland in 2003, are American Idol crossed with figure skating. Contestants take the stage with their chosen songs, sing them, and receive a score. The winner gets a gold medal.

Last year, Baron won gold. And in the interim years, he has helped many others win, too. A number of locals have medaled with the KWC, including Chyeé Howell, Lance Moore, Laura Moreau, Konomi Rivers, and Gabriel Much. Baron says he has helped guide many of them, and he is always on the lookout for the next potential champion.

While all of this might sound grandiose or farfetched for something as niche as karaoke, anyone can see what adoration folks have for the stuff at one of Baron’s Wednesday sessions in Columbia City. Participants love it so much, they practice, sacrifice, and pay to get to the competitions in Finland, Russia, Thailand, Canada and other locations.

“Last year in Finland, we took a silver, two bronzes and a gold,” Baron says. “It really makes you feel incredible when you’ve put the hard work in and you find the next champion. It’s like winning the Super Bowl.”

But running the state chapter of KWCUSA (currently 16 states participate) first and then the national organization (over 40 countries participate) is not without its drama. Backstabbing and duplicitous behavior occur more regularly than one might imagine, Baron says. And don’t get him started on music licensing and royalties.

No matter what the future of the business side holds, there will always be passionate singers who need to belt out their own renditions of “Don’t Stop Believin’” or “I Love Rock ’n Roll.” And Baron will be there for them when they need a stage.

“You might be a shitty singer. You might be horrible,” Baron says, “but it’s such a release and it’s so needed. Getting up there is the hardest thing for someone who is not a performer. Karaoke gives them that power to get over those humps and conquer a giant fear to make a breakthrough. We get it and that’s why we all come out together.”