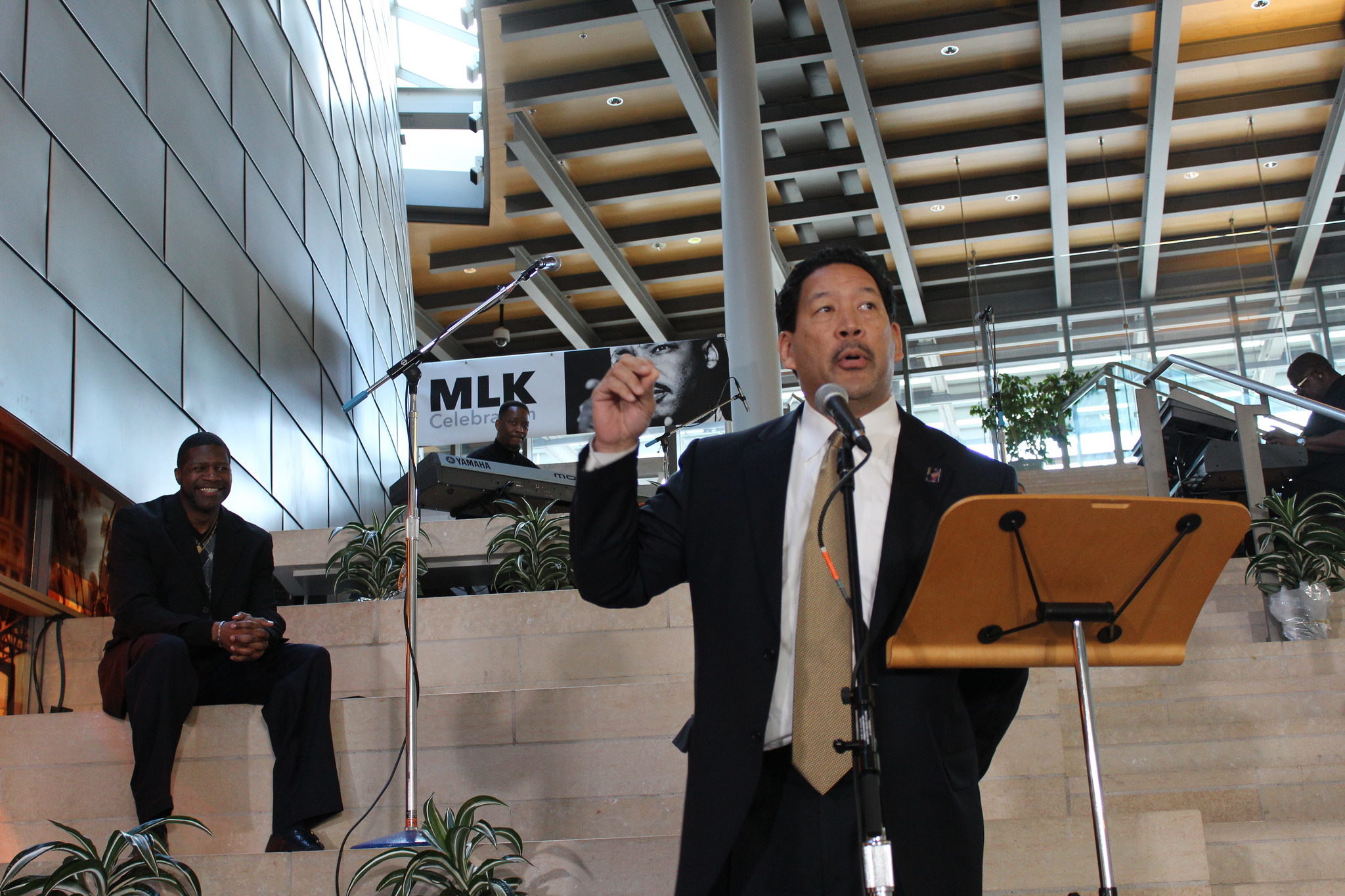 Community organizer and Seattle Human Rights Commissioner Tammy Morales will run for the District 2 seat on the Seattle City Council in 2019. District 2 covers the Chinatown-International District and Southeast Seattle.

Three-term incumbent Bruce Harrell announced Jan. 8 that he will not seek re-election, making him the third sitting councilmember to back out of what will be a packed race of candidates vying for seven seats up for grabs this year. The primary election is on Aug. 6; the general election takes place Nov. 5.

Harrell said in his announcement that “three terms is sufficient in this role at this time.”

Morales said she would address the wealth disparities and displacement in the city.

“We, the people in this district, worry about taking care of our families. We need affordable child care so we can work. We need low cost senior housing for our parents, our grandparents and ourselves. We need equitable development that allows families and small businesses to thrive in every neighborhood,” Morales said in a press release Jan. 7.

The Seattle Foundation announced $365,000 in grant funding to 23 organization from a “Resilience Fund” to support “safety, security, legal and human rights of our region’s most vulnerable communities,” according to a release.

Organizations applied for grants to support advocacy trainings and legal clinics for people at greater risk in the current political climate, particularly immigrants, refugees and LGBTQ people. Other organizations are working on criminal justice reform. For example, Northwest Community Bail Fund will post bail for some low-income, vulnerable residents who would otherwise remain incarcerated while awaiting trial.

President Donald Trump’s administration could deport up to 10,000 Vietnamese people despite a 2008 Repatriation Agreement that supports refugees who came to the United States after the Vietnam War.

Community members will protest Trump’s move in the Chinatown-International District at Hing Hay Park (423 Maynard Ave. S.) on Jan. 11 at noon, followed by a short march to Little Saigon at 1:15 p.m.

Uber’s new bike share program, JUMP, has expanded its coverage area to include Southeast Seattle and West Seattle. Previously, the app-based program was open only to an area spanning as far south as Interstate 90 and as far north as Green Lake.

Uber announced the expansion of the service area Jan. 7. The expansion followed criticism of the program’s coverage area, which left out the city’s most diverse regions. Seattle’s bike-share regulations require that 10 percent of a company’s bicycles be in “equity-focused areas.” According to the program’s policy, users could be charged $25 for leaving the bicycles outside of the coverage area.

The coverage area now expands south, covering West Seattle and Southeast Seattle, but still ends at Greenlake in the North. A new coverage map can be seen below.