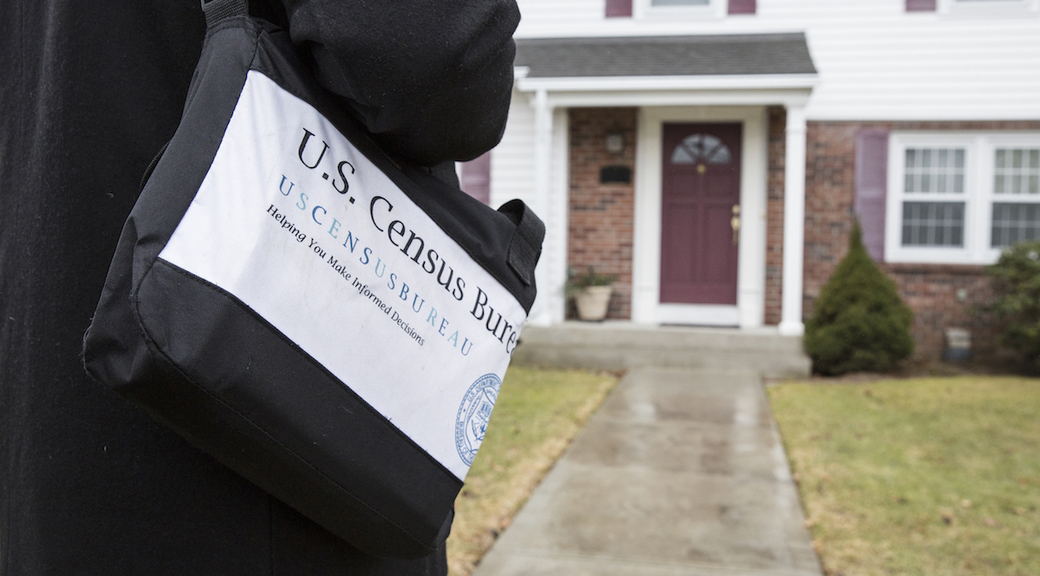 A federal judge on Tuesday ruled against the Trump administration’s attempts to include a citizenship question in the 2020 census in New York.

Ultimately, Congress possesses authority over the census, and Congress already decided to acquire citizenship data through administrative records, when it removed the citizenship question about 50 years ago, according to the court’s ruling.

The Trump administration is expected to appeal the decision, as the case may be taken to the U.S. Supreme Court in short order, given that the Census Bureau needs to finalize the questions later this year, according to The Wall Street Journal.

“Today’s ruling is a major victory for all Washingtonians and an affirmation of our values as a country,” said Washington state Attorney General Bob Ferguson in a press release.

Ferguson previously joined the multi-state lawsuit in April, challenging the Trump administration’s decision to ask about citizenship. Plaintiffs included civil rights groups, such as the New York Immigration Coalition, as well as many state and local officials, among them the city of Seattle.

“It’s sad that we had to join a lawsuit to push the Trump Administration to accurately and completely count every person living in the United States, but these aren’t normal times,” said Seattle City Attorney Pete Holmes in a prepared statement. “Adding a citizenship question to the census would likely result in fewer people participating in the census count, and that’s according to the Census Bureau itself. I’m very pleased with today’s ruling.”

The U.S. Constitution mandates that the census count every person living in the U.S. regardless of citizenship. The Census Bureau asked a citizenship question from 1820 to 1950, but it was removed by 1960 due to concerns that it discouraged an accurate count.

Critics of the citizenship question argue that its inclusion would discourage noncitizens from responding to the census, particularly when combined with the Trump administration’s anti-immigrant policy goals, according to The New York Times.

The Census Bureau released an analysis estimating that including a citizenship question would lead to at least 630,000 households to not respond. The bureau additionally recommended that available administrative sources would be a more accurate source of citizenship numbers than direct questioning by a census-taker.

“The Census Bureau’s own research confirms that asking people about their citizenship status would significantly undermine its constitutional mandate: an accurate count of everyone in the United States, regardless of immigration status,” Ferguson said.

The count of the census determines the distribution of seats in the House of Representatives, as well as the boundaries of state and local political districts. Businesses often rely on the census in order to make decisions, as does the federal government, which depends on census information for the allocation of funding.

Any potential undercount could threaten Washington’s federal funding. Immigrants accounted for over 13 percent of the state’s population in 2015, and more than 350,000 people in the state lived with at least one undocumented family member between 2010 and 2014, according to the American Immigration Council. Washington received over $1 billion in funding for federal highways, schools and special education grants tied to census data, as well as over $4 billion through the Medicaid program.

Other states face a similar risk to their funding, particularly those with large noncitizen populations.

The Center for Migration Studies estimated the undocumented population within the U.S. to be 10,790,000 people in 2016. This number represents a decrease of 935,000 people since 2010. The Deferred Action for Childhood Arrivals (DACA) program began during this period.

Ross’ inconsistent reasoning behind adding the question contributed to the decision to strike down addition of the citizenship question, according to Furman in his ruling.

The plaintiffs contended that the Trump administration sought to intentionally undercount immigrants for Republican political gain.

It’s a view shared by supporters of immigrant rights.

“Our region’s leaders have demonstrated a consistent opposition to the citizenship question and dedicated commitment to incorporating communities of color in a complete count,” said Masih Fouladi, a representative of the Washington’s Complete Count Committee and the CAIR-WA Executive Director. “The rhetoric, behavior and policies of this president have caused fear and mistrust of the federal government.”