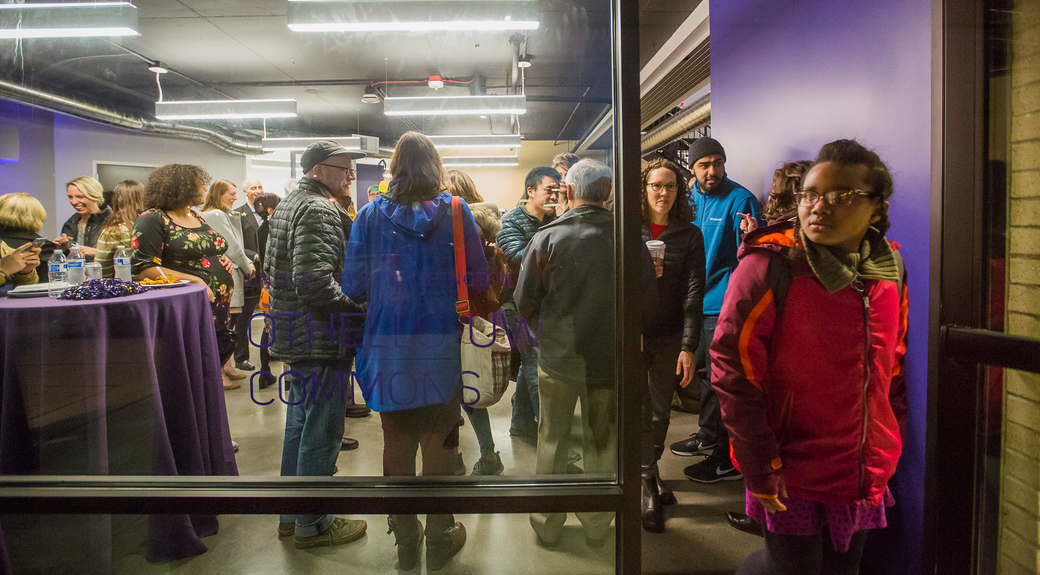 A throng of people filled the sleek, modern rooms of the University of Washington’s new Othello hub in the South End, called the Othello-UW Commons, at an open house to celebrate its opening on Jan. 16. Some munched on tiny, purple-frosted cupcakes, dusted with yellow sprinkles. Others lounged and chatted by the fireplace in the main hall, while still more explored the upstairs, looking at the artwork that decorated the walls.

The 2,200-square-foot space is a storefront, but is meant to be used for community-informed teaching, learning, service, and research. Multiple UW schools, colleges, and programs will use the space for classes, programs, events, and meetings.

The Commons was created following conversations with local residents, UW-Othello Commons Manager Selam Misgano said in a press release. Those conversations will continue, she said, and inform the future programming at the Commons. Misgano will be the dedicated on-site manager. Community members may approach her with ideas, suggestions, questions, and concerns.

UW President Ana Mari Cauce said in the press release that the university decided to open a campus in South Seattle in order to more fully engage with all of Seattle’s residents. The Director of UW’s Office of Regional and Community Relations said in the press release that South Seattle residents should look forward to programs tailored by and for them, and will “prioritize sustained partnerships that embrace the UW’s commitment to learning from and with local communities.”

One thought on “PHOTOS: University of Washington Lands in South End with Othello Commons”