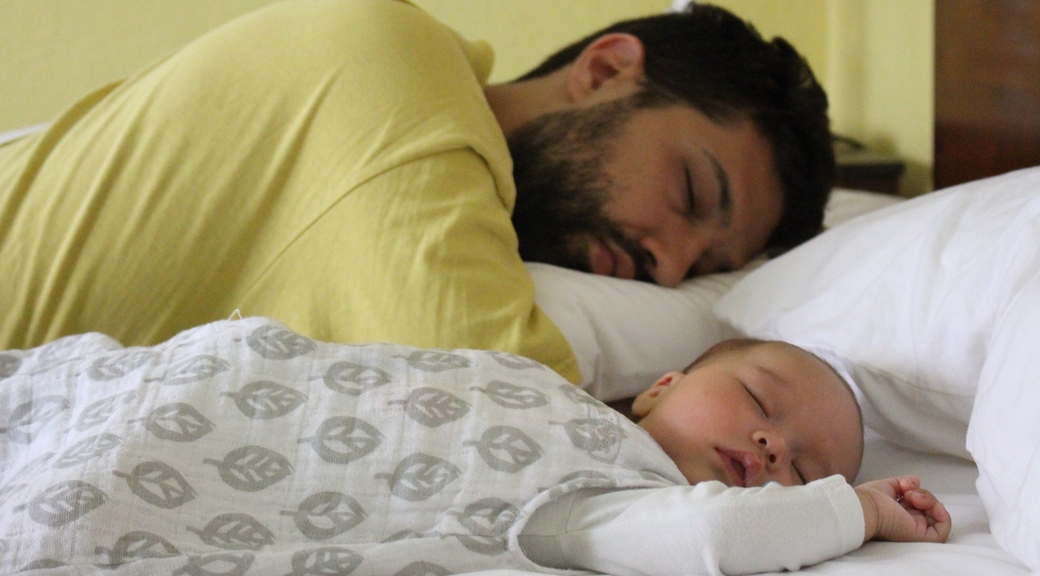 Alex Gallo-Brown is a writer and labor organizer who grew up in Ravenna, but went to school in the Central District. He graduated from Garfield High School and went on to get a bachelor of fine arts in Creative Writing from the Pratt Institute in Brooklyn and a master of arts in English from Georgia State University in Atlanta.

As the son of a journalist and poet, Gallo-Brown began writing at a young age. Though he wrote for his high school paper, he quickly realized he preferred poetry and fiction. He is the author of The Language of Grief (2012), a collection of poems. (http://www.alexgallobrown.com/buy.html)

Reagan Jackson: What inspired you to write a collection of poetry about grief?

Alex Gallo-Brown: That book came out of when I was 22. I was a senior in college and my father passed away very suddenly. He was healthy, 57 years old. He got on an airplane, and didn’t feel well on the plane, and when he got down he went into the hospital and died a couple of days later from, like, a heart related issue that goes back to a child-related illness he had.

I was 22, in college, not thinking about life and death issues as much as just trying to get through school and it had a really big affect on me. I left college, moved back to Seattle with my mom and my younger brother who was only 17 at the time. I lived with them for about a year and I spent that year trying to process what had happened. Sometimes productively, sometimes unproductively.

I really liked to play poker at the time, and I almost developed a gambling addiction at that time. I spent a lot of those months walking my dog and just being at home, and a lot of poems came out of that time. And then ultimately I went back to college and tried to get my life back on track, but I kept writing these grief poems trying to make sense of what had happened. So the book came out of that.

Reagan: Your poetry comes across as very masculine. I’m wondering if that is because it was inspired by your dad or if that’s just your style.

Alex: I was raised in a fairly masculine way. I played sports growing up. My dad’s Italian American, he was pretty progressive on most issues. He was a hippie when he was younger and a poet, but there was still some clearly defined gender roles within our household and certainly within the culture my father grew up in.

The schools that I went to, these were pretty inner city schools, and I felt I had to protect myself. I’m just now learning how to unwind some of that. But I think poetry was always a place where I could go to express the more sensitive and more tender parts of myself.

And I hope that those poems show that men are a mix of things but they just don’t have a lot of socially acceptable places to put those feelings, and I think that actually leads to a lot of what we call toxic masculinity because there isn’t a lot of outlets for it even within male friendships and certainly not in male-dominated cultural and social spaces. For me poetry has always been a place where I can feel openly on the page.

Reagan: I bet it feels like a bit of a risk. What’s it like to be a male poet in the era of Me Too?

Alex: I think there is a part of me that feels like maybe my voice isn’t the most important voice right now for this time. Like I don’t know if folks need to hear from me personally. I think there might be voices that are more urgent, but as we were just talking I think men also need examples of other ways of being in the world. And I think women also need to see that men are not all these misogynistic people who are hung up on male power and do violence against women. I don’t aspire to be a person like that. I aspire to be a different kind of man. I hope that there is still value in that in the book.

Reagan: What struck me about this book is that even though it’s really personal, there’s this kind of timeliness to it. It seems like we are collectively in a season of grief.

Alex: One thing that I’ve felt and found as I was writing these poems is that I felt like my grief was related to my father passing but also that it was broader than that and I felt very alienated not only from that, but also from the work situations I was dealing with and the kind of commercial experience of being in the U.S. There’s this kind of relentless feeling of loss in some way but also I think we all know that we could be living in a better place than we do and it just feels very oppressive.

Reagan: What was it like to put this together and self-publish?

Alex: In a way it feels like a very naïve and youthful idea, because self-published books don’t get a lot of respect in the literary world, but at the time I was 26 or 27 and didn’t have many connections to the literary world. I was just writing these poems by myself. And I felt like at a certain point they were just kind of sitting on my computer hard drive and nobody was getting anything out of them, and I felt like I wanted to share them with people.

It feels very 2012, but I did a crowd funding thing. I raised a little bit of money and found a friend of a friend to help me design it. I used my wife’s photo for the cover and printed a couple hundred copies and distributed it to the people who gave me money. And as I’ve done readings over the years, I’ll sell it some here and there so it’s been a pretty modest endeavor. I feel proud of it. In some ways there’s a purity to it because I wasn’t thinking about anything other than I wanted to express how I was feeling and I wanted to share that with people.

Reagan: What do you hope your audience will get out of the book?

Alex: I hope, like you said, a lot of people are feeling a lot of grief for a lot of different reasons. People in Seattle may be feeling grief because they feel like their city is under assault. People are being displaced from their neighborhoods. People are losing people. They feel grief because they feel like their country has been taken over. Whatever it is. And I hope that the book can help give language to some of those feelings and that it can provide a catharsis for some folks.

Reagan: It feels like this was a really healing project for you.

Alex: I think it was. Those first five years after my dad died I was pretty lost and I think the book helped center me and ground me, and I hope it can provide that for some other people too.

Reagan: So what’s next for you?

Alex: Part of what’s challenging is that I write poems and I write lots of different things. I write short stories. I also write a fair amount of journalism and nonfiction and so on, but I was very fortunate to find a publisher in Seattle called Chin Music that took an interest in my work, and they were willing to publish a multigenre book, so it’s actually going to be poems and short stories, and it’s coming out later this year and it’s called Variations of Labor and it has kind of a labor theme.

My day job is labor organizer, labor advocate. That’s one of the things I’ve been thinking a lot about over the last three or four years is work both in terms of our professional lives, but also the emotional labor we perform to survive both in our relationships and also in our daily lives and in our work experiences. The book is sort of a mix of people working and living their lives. The poems get more at the emotional interior lives of people’s experience both at work and in their daily lives.

Reagan: How did you get involved in working with labor?

Alex: After I graduated from college I moved to Portland Oregon for a couple of years. So it was 2009 at the height of the economic recession. I think I remember reading that 50% of younger people in Portland were either unemployed or under employed and that was definitely my experience. I got a job in a coffee shop initially. Lost that job, for no reason really. They didn’t give me a reason for letting me go and that was one of the first times I realized how tenuous people’s work lives are. We don’t have a lot of protections at work.

And then I got a job as a caregiver for people with developmental disabilities and did that for a while. And I was given almost no training. I was thrown into this experience of giving people medicine and hoisting them up into their wheelchair from the bed and feeding them. And that was a little bit of a challenging experience. I always felt very responsible for these vulnerable people and I was being paid I think $8.50 an hour, no benefits and very little training.

About four or five months into that experience I actually met a union organizer who just happened to be organizing caregivers. It was actually a different population than what I was working with, but the person I met encouraged me to apply for a job organizing care workers which I did for about six months or so, ultimately a successful campaign. And then I left Portland and I did other things. I went and got my Masters degree, taught community college for a while and then around the time of the Donald Trump election I felt like I needed to get back into the struggle. It was good providing education with people, but really what we needed was action on the ground. I feel like organizers … I feel like nothing really changes except for when people are talking with one another, working together collectively. So I got back into the struggle. I’ve been working at the Fair Work Center doing community organizing and education around labor issues. And then I’m starting a new job at UFCW 21 labor union. There are problems historically and contemporaneously with organized labor around exclusion towards certain groups and not being maybe as radical and progressive as I would like them to be, but ultimately I think organized labor had the manpower and the people power and the resources to actually push society in the progressive direction. So I like being a part of that. And I like talking to folks and workers and getting them to think about themselves as workers working together with each other.

Reagan: What’s your advice for people who are creative and have the drive to write and also have day jobs?

One thought on “Writer and Organizer Alex Gallo-Brown Grief, Healing, and Masculinity”