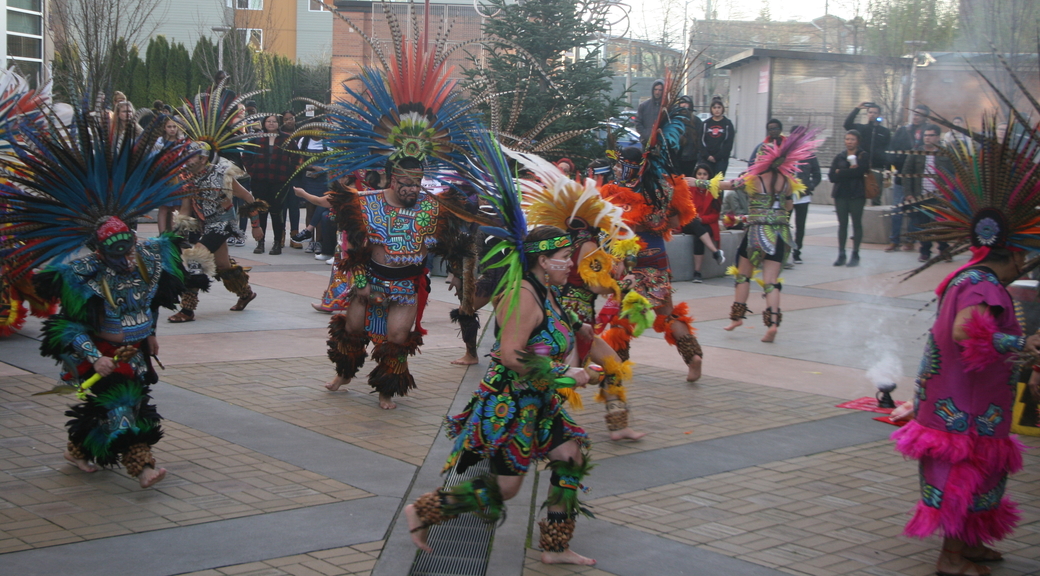 The start of 2019 signified a changing narrative for Seattle Public Schools. Students can bring many valuable and delicate attributes to a learning environment: their voices, their style, and their personalities, among other things. But there is one specific attribute that fits beyond the boundaries of a classroom and find its roots beyond the margins of a textbook: culture. The Communal Voice of SPS Ethnic Studies embodies just that.

At an event titled “Learning The Truth To Better The Youth,” SPS Ethnic Studies presented music, visual and literary arts, dance, and cuisine. It allowed people the chance to learn and acknowledge other cultures through creative and ancestral representation. The event was mostly student led.The youth were the focus as they spoke on the layers of their identities and what work and discourse would be needed by teachers to unravel those layers.

Kicking off with an Aztec ritual, the smell of sage and sounds of drums activated the senses. The Aztec people wanted it to be known that they don’t need the applause, but rather the acknowledgment for who they are.

Back in 2017, after public proposals from the NAACP, Seattle public schools began the work of improving ethnic studies curriculum and expanding its inclusiveness in schools. A team known as the Ethnic Studies Task Force then set out and create frameworks for coursework around culture.

Being that it is a new implementation, some still say that doesn’t quite encompass the language necessary for inclusion. One parent at the the event said, “This event is great. But something makes me uneasy of the idea of performance. Performing for others.”

Messages from students and teachers during the night spoke to plans to continue the momentum. For most, this is a first step. A steer into the many paths that this will go and intersect. The plans for the future was said by a student: finding where everything intersects. Once the school district masters and better understands the intersections between culture and discourse around it, it will create safe zones for students and eliminate the white-washing that has been prevalent in the education system for years

Culture is something that did not being with us. It stretches years beyond our existence and beyond our living elders. Being that culture is an area that is hard to teach, teachers at the event were careful with the tools they will tasks back to their classrooms. Their students are impressionable, so it is important that staff are truly aware of their power. And once the youth know the power of who the truly are, unstoppable is just one word to describe who they become.