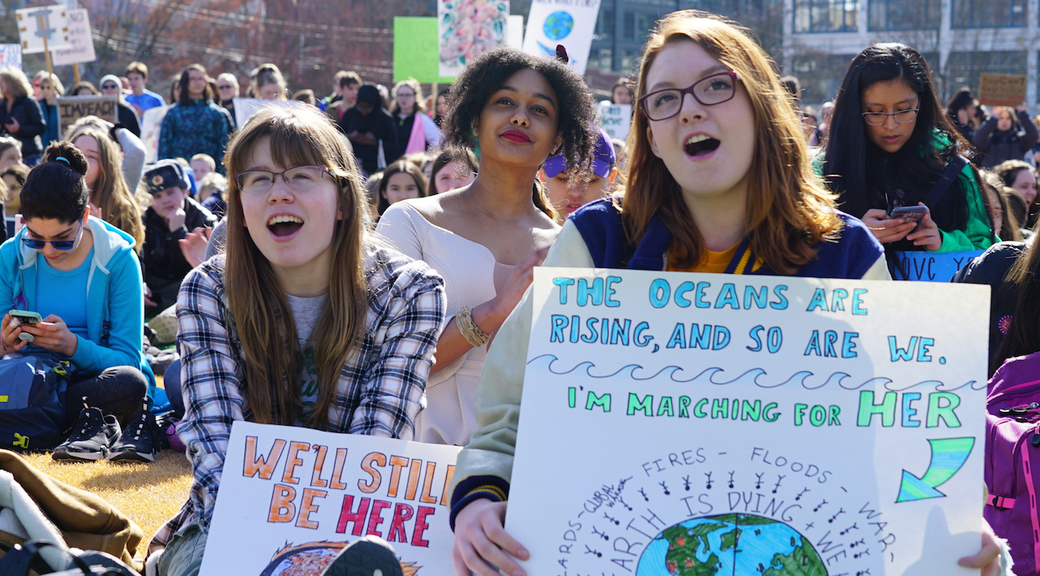 Signs reading “There is no Planet B” and “Our Future is Being Sacrificed” dotted a crowd of youth who sat on the grass at Cal Anderson Park on a beautiful Friday morning in Seattle. Hundreds of young people from dozens of Seattle schools showed up at Cal Anderson Park to show solidarity with the millions of youth walking out of their classrooms across the globe to let their governments and older people know that it’s time to take climate change seriously.

Several of the Youth organizers spoke about their fears for the future and the need to hold elected officials accountable for saving the planet for future generations. King County Executive Dow Constantine talked about his long standing support of climate change legislation and two candidates for Seattle City Council Shaun Scott and Tammy Morales emphasized the urgency of doing something now. Morales talked about having had a conversation with her 11 year old son where he expressed the fear that he would die young because of the dire predictions about the future of the planet. She said the conversation with her son brought home how important it is for adults and people in positions of power to fight for the environment.

Featured Image: Students react to a speaker during the March 15 Seattle Climate Strike at Cal Anderson Park. The youth-led event was one of hundreds of Climate Strikes held across the world to draw attention for the need to take action against climate change (Photo: Susan Fried)