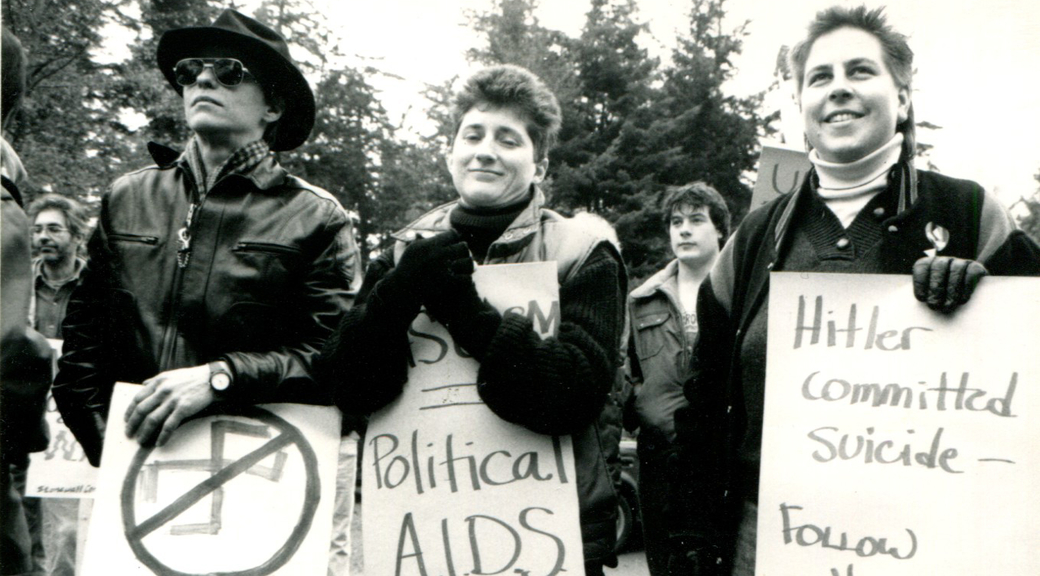 An important part of a recent story by Seattle Times reporter Erick Lacitus — “Bucolic Whidbey Island surprised at skinhead headlines — and recent Lynnwood assault” (Dec. 31. 2018) — left out a major part of the history of fighting Nazis in the Pacific Northwest.

In 1988, White Aryan Resistance (WAR) and the Aryan Nations announced they would hold a cross burning at Whidbey State Park to commemorate the death of white nationalist Robert Mathews. This was shortly after Mulugeta Seraw, a Somali immigrant, was killed on a Portland bus by skinheads. The leaders of WAR were planning to use the cross burning as a recruiting tool for young skinheads.

I was part of a community group that met five days before this event was to be held. We voted to meet the white supremacists at the state park with as big a crowd of human rights defenders as we could muster. Seattle Gay News raised money for four school buses and we gathered support from unions, feminists, homeless advocates, Jewish activists and organizations like the NAACP, Freedom Socialist Party, and Radical Women. When the day arrived, someone called in a bomb threat to the ferry the buses were taking to the island. We waited for divers to check the ferry and boarded; we weren’t going to be turned around. Four hundred opponents of racism and fascism turned up at the park despite threats and fear mongering by the media, including The Seattle Times. We picketed the entrance to the park for three hours. Only a handful of teenagers showed up. The adult leaders of WAR and Aryan Nations dropped by briefly after we had left.

That was the first action organized by United Front Against Fascism. UFAF went on to organize protests year-after-year in December when racist groups were expected on Whidbey Island. We promoted the idea that white supremacists should not be ignored but confronted by disciplined, multi-racial protests and that communities needed to stand together for the rights of those the Nazis targeted. This approach was opposed by most local police departments in the Northwest who saw WAR and Aryan Nations as a criminal element. Many businesses advocated tying yellow ribbons on closed storefronts and “ignoring” their presence when they marched down main street in Coeur d’Alene, Idaho.

Eventually, UFAF’s strategy was taken up by cities and towns throughout the region and even a couple of police departments.

There is much more to UFAF’s story, but the 1988 Whidbey Island protest was pivotal. Local TV coverage went around the world. Europeans were very surprised to learn that we had Nazis in the Northwest. Now fascist forces are growing again in the U.S. and Europe. There is no hiding place, 30 years later, from the forces of reaction in the dog-eat-dog world we are living in, not even on beautiful “bucolic” Whidbey Island. Solidarity in the struggle against racist, homophobic, women-hating, anti-Semites and union busters is still the best weapon we have.

Guerry Hoddersen is the co-founder of United Front Against Fascism.