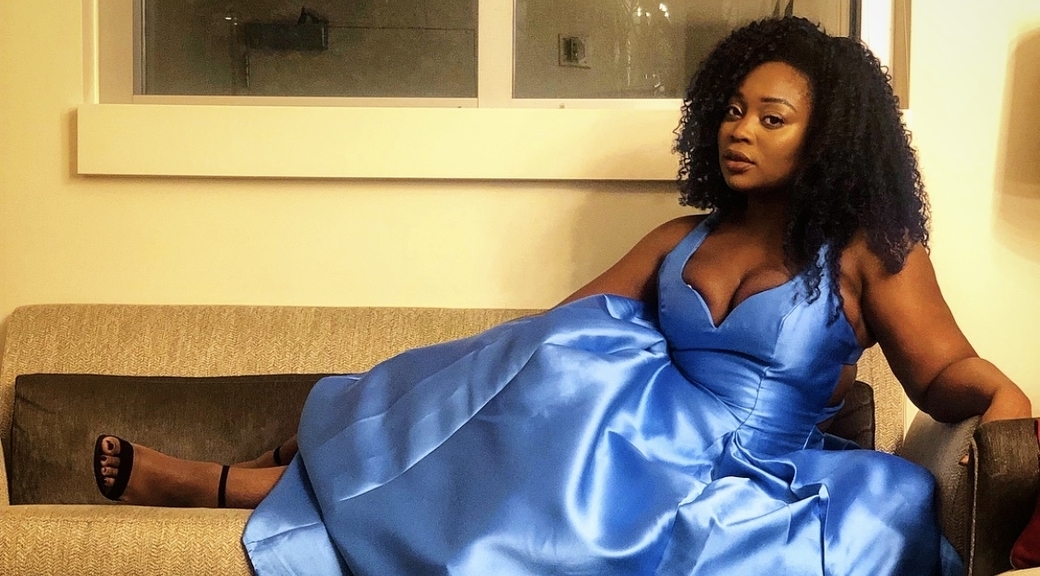 Seattle’s Shaina Shepherd has a voice that shatters walls. Its power, dynamics, and fortitude put the Big Bad Wolf to shame. But in the last year or two, Shepherd has learned her skill resides in more than just her pipes.

She’s recently stepped into the role of artistic organizer and South End creative beacon. And her latest project is a tribute show at April 20 at the Royal Room dedicated to the late, great Nina Simone.

The event, which will feature some of the city’s most gifted musicians, will be the first in a series of shows presented by Shepherd meant to celebrate black culture and black music with an audience that welcomes all. To preview the event, and the series, we caught up with Shepherd to get a sense of the show’s roots and what else the prolific artist has in store.

What about Nina Simone’s music moved you to put on this show?

Nina Simone, I have just felt indebted to her my whole life. I come from a family of musicians, but musicians that are musicians because we want to perfect this skill and this craft through our blackness and honor those who came before us. It sounds so extra but that’s how my mom describes it. We all had to play instruments, we all had to read music, and it was either classical or gospel. That’s all that mattered. So, Nina Simone was one of the only artists that, through my mom’s side, I had access to their whole anthology. My dad’s side was Motown and lots of other songs. But my mom was basically just gospel and Nina.

I always knew I would do a tribute to Nina Simone one day. I always try to buy tickets when I see a Nina Simone tribute come up. It’s like church. But I never felt comfortable enough to do it on my own. I thought I couldn’t pull this shit off because it’s so important, and I’ve seen so many done that I would have done differently. And so many others have been done just so perfectly. But I’ve been on my own musical journey these past couple of years, which brought me to a place to challenge my own level of creativity. Like, I’m looking around, why the fuck not?

Back in high school, Starbucks was becoming a thing. People in high school, like, needed to go to Starbucks. I was going to a predominantly white high school, all my friends were white, and everyone would go to Starbucks at 3 p.m. It was a couple blocks from the school and we liked to pretend were fancy there. But I never had any money to buy coffee. Everybody else had money. Sometimes one of my girlfriends said she’d buy me a coffee, but most of the time I ordered a drink with water and strawberries mixed together. It cost like 75 cents. So, we all had our drinks and were all equal, basically.

Then they changed the drink! Starbucks figured out what we were doing. They changed their strawberries so that they were disgusting. So, if you ordered them, you’d drink this moldy-ass strawberry thing. And I remember looking at the lady, like, “Really?” She said it was a “new recipe.”

But there was a girl who worked there who noticed that I was having stugglebus issues, trying to keep up a fake translucent version of myself to fit in. She would start giving me a coffee cup that was basically empty or put milk in it but she’d say, “Mocha for Shaina!” and I felt so special because she was calling my name out. It was a thing for me. I had my mocha being called out — but it wasn’t a mocha. That always stuck with me. That mocha being some so desirable and sweet and sensational.

What is it like for you to curate this tremendous lineup?

I feel so blessed, honored. I mean, it’s crazy. Everybody, all the artists that are showcased, have been so deeply inspirational to me on individual levels. As an audience member and as a friend of all these people, they have helped change the way I see myself. It wouldn’t be the same without everybody there. It wasn’t going to be a “you can’t make this show thing” or “we’ll get somebody else.” That wasn’t an option. I chose the songs based on how I see them as artists. So, the fact that everybody said yes to this idea and said it so readily and with excitement, it was this confirmation that maybe I’m doing what I need to be doing.

How are KEXP and On The Boards involved?

I reached out to them and On The Boards and said this is a new event that we’re trying to start up in Columbia City and it would be great if they wanted to partner. And they said it was something they wanted to get behind. It’s going to be on Emily Fox’s Sound and Vision show on KEXP. Both organizations are involved to help this project be not just one night, but a series that continues to explore these ideas and make sure this conversation continues. The Nina Simone one is the first of many occasions where artists, whether they’re of color or not of color, can really celebrate artists of color for not just being great artists and making great work but being movers and shakers in their community and making a huge impact on the world. That story doesn’t just live with Nina.

What have you learned as an artist in Seattle since our last Emerald chat?

I think I know who I am a little bit better. That conversation and that article was really a launching pad for me. In the most important sense, that I see myself as somebody who can create change now. I didn’t see myself that way before. I saw that maybe I had a good work ethic and could achieve a goal. But I’ve started to look at myself more as someone who has the ability to shape a community and break down boundaries of gatekeeping. I want to destroy gates. And I think I can do that now. I’ve learned it’s maybe not just music or me being a music lover or artist or an organizer. It’s about being an individual with a general standard way of seeing the world and being committed to making that happen. So, now I have a whole other set of challenges centered on my community and standard around those ideas as opposed to being self-centered. It’s not about my individual goals as much as sharing my talents to make something around me better. I’m still learning, though.

You’ve been working in the studio with your own band, BEARAXE, and the famed Jack Endino. How goes it?

We just finished another single with Jack in the studio a couple weeks ago. We are set to get back in the studio with him next month. Right now we are creating and Jack has really been helpful with that. The process of adding things and perfecting the songs with him in the studio has changed the way we play them. We’re writing really assiduously. Write it, record it, build up more of a robust list of songs that we can use for our next set.

And you’re about to collaborate with the Seattle Symphony as a featured vocalist. Can you explain a bit about that project?

There’s this composer named George Walker, and he was the first African American man to win a Pulitzer Prize. He won it for composition. He was celebrated but he didn’t get a lot of that attention in the U.S. It was mostly overseas. I used to work for the symphony and when I did, they were beginning to put this show together. The George Walker piece to be featured is incredible. It’s the last piece of his that premiered in his lifetime; he died a few years ago. The piece was written from the perspective of shot black males since the Rodney King era. Their stories and their deaths. And I was working on putting this piece together from its inception, trying to figure out how the symphony could feature music of established African American composers. So it was one of the hardest things to let go of when I left my job at the symphony to pursue music full time. But now being one of the people part of it from this side of the baton, I couldn’t be more excited to prepare for the challenge. I hope people go see it. It’s incredible.