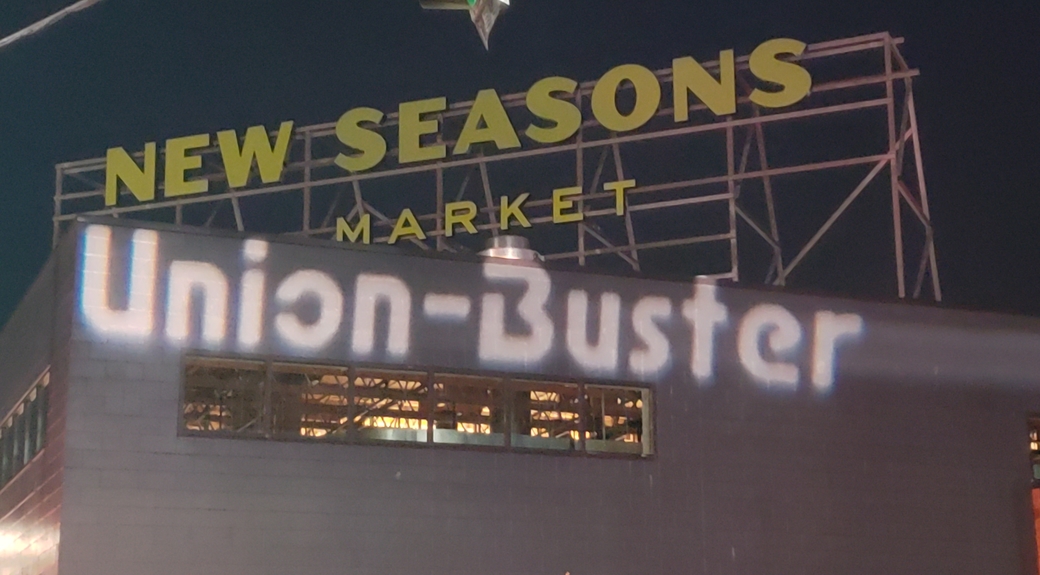 New Seasons Market grocery chain doesn’t want you to know that it spent hundreds of thousands of dollars on union-busting consultants just to stop employees from speaking up. But it did.

New disclosures filed with the Department of Labor reveal that the company paid $325,855 to an aggressive “union avoidance” firm after hundreds of workers in Portland raised concerns about deteriorating working conditions. In fact, New Seasons hired Cruz & Associates, the same union busters that the Trump Organization used against an organizing effort at one of its Las Vegas hotels.

New Seasons has claimed that the anti-union consultant was merely educating employees about their rights. But the Department of Labor filings prove otherwise. They reveal that Cruz and Associates was hired specifically to persuade employees not to organize a union.

We are not surprised that the company would mislead employees and the public. When we were hired to work at New Seasons’ first two locations in the Seattle-area, we were promised that this was a “progressive” company with a “speak-up” culture. But that couldn’t be further from the truth of our experience.

During our time at New Seasons, we learned that speaking up gets you a target on your back. It prompts managers to put an eagle eye on you for causing trouble.

And we found lots of issues to speak up about. Disparate treatment of women and people of color. Unaffordable health care. The lack of a transparent wage structure (together with instructions not to discuss pay with our co-workers). A punitive attendance policy that put pressure on us to come to work sick. Erratic scheduling practices instead of the “lifestyle scheduling” that we had been promised.

Unfortunately, when we spoke up, our concerns were dismissed — or worse.

When one of us approached management about a pay disparity with a male co-worker, she was told that “life isn’t fair” and she “needed to get over it.”

When another of us raised concerns about inferior working conditions imposed on people of color, she faced intensified management scrutiny of her work and threats of discipline.

And we all perceived that employees who argued for unionizing or greater worker input into company decisions were singled out for harsh treatment, regardless of their race or gender.

The hundreds of thousands of dollars that New Seasons spent on union-busting last year is just more evidence that this company is not what it pretends to be. If New Seasons really cared about its workers, they’d ask us what we think, and then they’d act on what we say. But they never did. We learned the hard way that New Seasons’ motto of “people, planet, profits” really means “profits above everything else.”

New Seasons wants to continue its expansion into our region, including a new store planned for the Central District later this year. As a community, we should insist that New Seasons lives up to its rhetoric and our values. That means listening to employees when they raise concerns, taking concrete steps to advance racial and gender equity in its stores, and staying neutral when workers are discussing whether or not to form a union.

The authors are all former employees of New Seasons Market’s Mercer Island or Ballard stores.

One thought on “OPINION: As New Seasons Eyes the CD, Former Workers “Speak Up” About the Company’s Broken Promises”