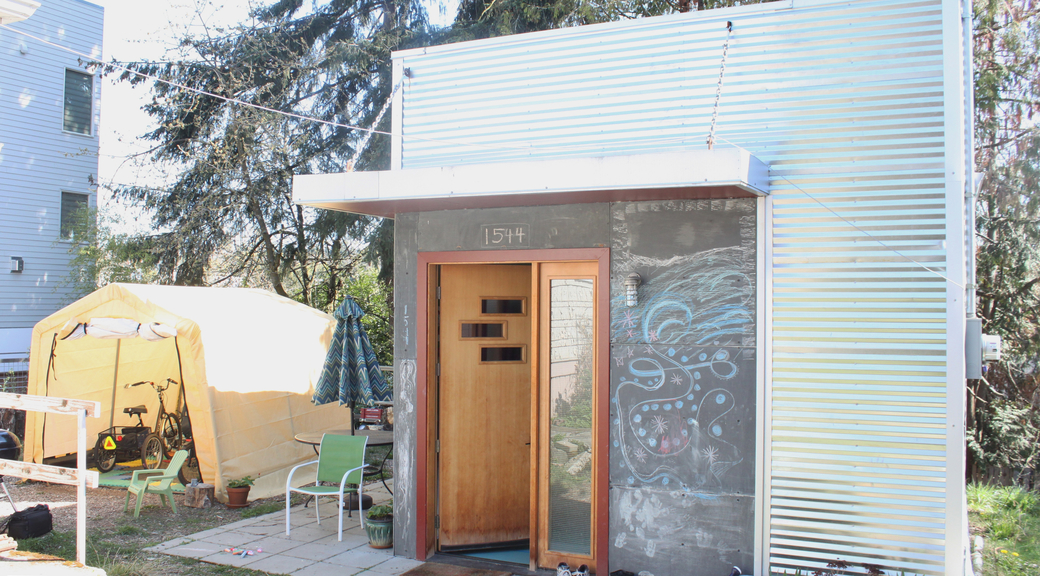 Four years ago, the city of Seattle first began the process of lifting restrictions on mother-in-law apartments, basement apartments, backyard cottages and other accessory dwelling units.

These structures and housing add-ons are often known by different acronyms: ADUs (Accessory Dwelling Units) and DADUs (Detached Accessory Dwelling Units). Setting the legislative alphabet soup aside, these are basically residential structures or apartments that share space inside or on the same property as single family homes. In a city where housing is scarce and single-family homes take up a disproportionate share of the land, allowing more of these could make a difference.

But for four years, the lawmakers, affordable housing advocates and a group of residents in Queen Anne Hill have battled over the legislation to lift the restrictions. Proponents have argued that the legislation would help create more affordable housing and help families stay in their home neighborhoods. Opponents argued that single-family neighborhoods would be strained by the additional residents.

The city created a detailed environmental impact study on the legislation, which withstood an appeal to the city hearing examiner by the Queen Anne residents. With that decision completed, legislation lifting restrictions on accessory dwelling units can move forward. Now Seattle City Councilmember Mike O’Brien — a longtime proponent of tiny houses — is pushing forward the legislation again and hopes to hold a final vote sometime in June.

This legislation would allow property owners to add up to two ADUs on to a site, with some limitations. It removed requirements to create off street parking. It also limits the size of new single-family homes across the city, ending the construction of what some call McMansions — large, often boxy and expensive single family homes.

The South Seattle Emerald spoke with Margaret Morales, a policy analyst at Sightline Institute, to understand what this legislation means and how backyard cottages and mother-in-law apartments could help housing affordability in Seattle.

Aaron Burkhalter: For people who are not familiar with this issue, why do backyard cottages matter to Seattle’s housing crisis?

Margaret Morales: At its heart, Seattle’s housing crisis is a housing shortage. We don’t have enough units to house everybody who wants to live in Seattle. Accessory dwelling units — like backyard cottages, mother-in-law suites, basement apartments — they are a really easy way to increase our supply of housing in diverse neighborhoods across the city. So they help create more equitable access to our city’s amenities by putting housing units in neighborhoods across the city.

AB: What do you expect the impact will be on housing affordability when people are allowed to build more accessory dwelling units?

MM: I think there could be some really great impacts on affordability. One thing we know is that 10 to 20 percent of ADUs provide free housing. So that is typically like a homeowner housing family or friends for free. That is the best kind of affordable housing. Also because ADUs are smaller homes — they are smaller than single family homes — they typically come at lower price points. And they typically rent below market rate.

And then the other thing is they’re a really flexible housing type. So they work well for groups of people that are having a hard time finding housing that suits them. And that includes young people just starting out in the working world. They can really suit young households, and they can really suit seniors who are on fixed incomes. So they also meet important housing niches that a lot of other housing types aren’t meeting.

AB: There’s advantages to people who move into them, but there are also advantages that can help people continue to live in their existing neighborhoods. How does that work?

MM: It can work in a few ways. One is they can provide rental income to people struggling to keep up with home loan payments and the cost of rising property taxes — that supplemental income can really help make a difference for a household. There’s some pretty innovative models of affordable housing developers building ADUs to support low-income homeowners struggling to keep up with their housing payments.

When affordable housing developers have the option to build these for low-income homeowners, the additional income for that low-income homeowner could make a difference to helping that homeowner maintain ownership, stay in the community that they love, and have the stability that they need. And that’s really important for our city’s growing senior population that wants to stay in their community, wants to age in place, but if they’re on a fixed income, that becomes very difficult. So an ADU could be a way to meet that need in our city.

AB: What have we learned from this hearing examiner decision and what does this do for the city’s ability to allow more backyard cottages?

The city took two years to really look carefully at this proposed ADU legislation. And when [the study] was complete, the Queen Anne Community Council again appealed that study and said, “We don’t believe it.” This latest decision by the Hearing Examiner says that, “No, study was extremely thorough, it’s the best information we can have about how this proposed policy might impact life in Seattle, and we’re going to stand by it.”

That means finally, after two years, the city can move forward with voting on the proposed ADU legislation. So we’ve been kind of treading water on this for two years, and the hearing examiners decision this week re-opened the door. Now the City Council can vote on this proposal.

AB: Do you see any other hurdles between now and that vote?

MM: There is very broad support for lifting restrictions on accessory dwelling units. There is some debate about really finite details in the proposal. Maybe some of that will play out. For the most part, my sense is that the proposal that is out there is basically going in front of City Council as it is.

The one fine point that some people are still thinking about is the owner-occupant component of the legislation. The proposed legislation says you can build two accessory dwelling units along with the primary dwelling unit on a single lot. That’s a big deal. Under current law you can only build one [ADU]. However, the proposed legislation says you can only build that second ADU if you can prove that the property has been owned by the same person for over a year. So this kind of brings up some debate, and it’s an interesting question. Sightline thinks that basically owner occupancy regulations — regulations where you say the owner has to live on sight in order for you to build an ADU — discriminate against renters. There is no other housing type that we legislate that housing type based on who gets to live there.

So putting some kind of restrictions of whether you can have three housing units with renters or only two housing units with renters, it kind of smacks of discrimination against renters. Is there some problem with having renters in a neighborhood? Do we need to limit that? So that would be our only concern with the legislation, but overall it seems like an extremely strong policy package.

AB: One of the criticisms of this legislation is that it will encourage developers to tear down single-family houses and replace them with three smaller places. Is that likely, and why or why not?

I think what leads to developer speculation is the possibility of building McMansion. So you tear down a house and you build the biggest house you can on that lot, the most expensive. That’s usually what developers see as the best investment. One really brilliant part of the proposed ADU legislation is it limits how big a new single-family home can be. But accessory dwelling units, but attached and detached, are not subject to that limit. So, basically, it flips the calculation for any kind of home builder where it could be a better investment to buy an existing home and add two accessory dwelling units rather than tearing down that home and building a single McMansion.

I think the way this legislation is structured is actually going to fight against tear-downs. And in the city’s study they found that putting this limit on the size of new single-family homes should decrease the rate of tear downs in this city — and their calculation was a decrease in tear-downs rates by 22 percent.

MM: There was an effort in the state legislature this past session to lift limitations on accessory dwelling units across the state. And that bill did not pass this session. I think it’s going to be back again next year. And it’s part of a bigger shift in how we’re thinking about housing policy, not just in Washington — we’re seeing this shift in other states like Oregon and California — where typically we have left housing policy decisions at the city level, at the municipal level. The thought has been, well, how you do housing impacts that city, so a city should have control over that. The problem is, how a single city makes decisions about housing policy, those impacts go far beyond the city’s limits. The impacts of housing policy in any given city have reverberation in neighboring communities throughout the region. The shift in thinking has been, do we need state leadership, a unified vision in how we think about housing?

That is why this past session we saw a number of bills that would impact land use across the state so that we’re no longer making those decisions on a city-by-city basis, having this kind of fragmented strategy, we a unified strategy.

2 thoughts on “Seattle Could See More Backyard Cottages and Mother-In-Laws — What Does that Mean for Housing Affordability?”