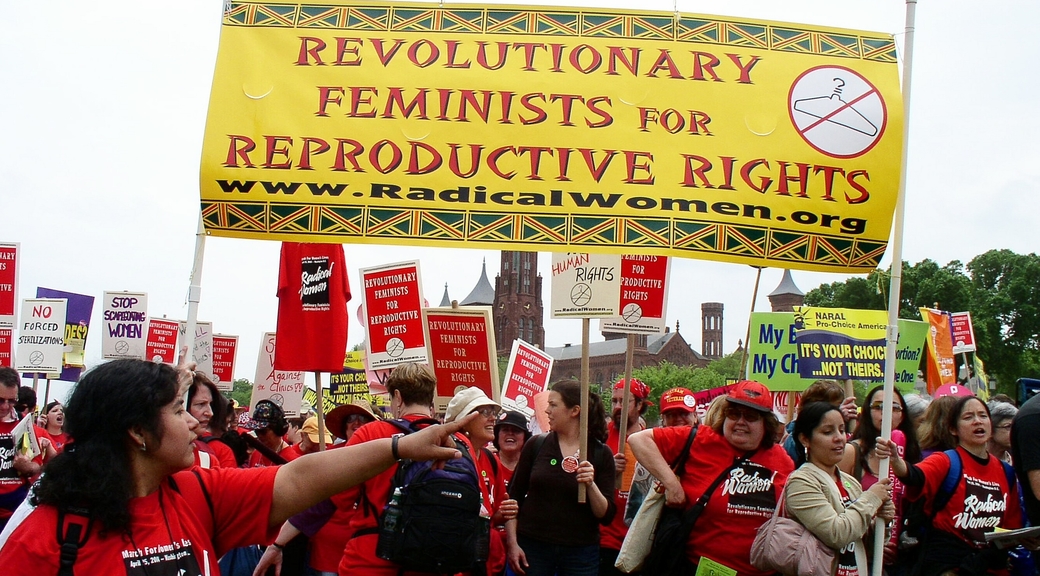 On April 2, 2019, the International Socialist Organization (ISO) publicly announced that members had voted to disband because of their failure of confidence in an organization to which many had devoted decades. The problems centered on sexual abuse, racism, and lack of democracy. ISO’s dissolution is proof of the necessity for socialist feminist practice on the Left. The tragedy is that ISO is not the only group on the international Left that has been torn apart over sexual abuse in the last ten years. These failures discredit the entire movement and drive women out of radical politics.

Serious problems became widely known at ISO’s February 2019 convention, where participants stood up to a bureaucratic national leadership. Old-guard officials had been shutting down nonwhite members who wanted to organize in communities of color and form internal caucuses. Members recounted how their attempts to raise issues of race or gender were blocked and demonized as “identity politics,” which was narrowly defined as non-revolutionary, self-indulgent and separatist. As a result of this bullying, reform candidates were voted in to leadership.

The next month, however, it was revealed that one of the reform candidates had been accused of rape of a supporter six years earlier. A disciplinary committee had investigated and recommended that he be expelled. But other national leaders suppressed the charge and overruled the disciplinary committee. The rape revelations put the final nail in ISO’s coffin.

Sexism on the Left

Radical Women knows well how sexism has poisoned radical movements.  Radical Women was formed in 1967 out of the outrage of New Left women who were silenced and belittled by macho anti-war and civil rights leaders. In combination with seasoned feminists from the Old Left, Radical Women emerged as the world’s first socialist feminist women’s organization. Its mission was to be a radical voice in the feminist movement and a feminist voice on the Left.

That voice was greatly needed. New Left men refused to give an inch on the issues of inequality and sexual abuse within the organizations they ran and in which women were essential fighters but were denied any level of authority. Under the immense pressure of the exploding women’s liberation movement, some male-led groups adjusted their views to give lip service to a watered-down feminism. But little changed in their methods of operation. Always these groups (and there were many of them at one time) dragged their feet and called Radical Women petty-bourgeois dividers of the class struggle for fighting for women’s rights. In Washington State, the International Socialists (precursor of the ISO) opposed a state Equal Rights Amendment because the male-dominated union leadership claimed it would destroy protective labor legislation for women — hiding their hostility to female equality behind a false chivalry. When the state ERA passed, Radical Women went on to fight for and win legislative extension of the labor protections to the entire work force, male and female. The International Socialists abstained from this effort.

As in other sexist Left groups, there were always women in ISO who covered for the men in attacking socialist feminism. National leader Sharon Smith put forward the group’s position in her book Women and Socialism (Haymarket Press, 2005). It was a treatise against feminism, which it laboriously and falsely distinguished from support for women’s equality. After ISO members won revision of that embarrassing and archaic line, Smith rewrote most of the book (Haymarket Press, 2015) and reversed its approach to feminism, with barely an acknowledgment of this about-face. Given that history, it is not surprising that Smith was one of the two national leaders who suppressed the rape charges.

Although feminism was finally given ISO’s seal of approval, hostility to members who promoted women’s issues did not disappear. Feminism never became an organizational practice. This would have meant seeking out the views and advancing the participation of female comrades, particularly women of color, and eliminating bullying by party officials.

Instead, ISO’s severe political contradictions on this and other issues tainted the politics and internal culture of a group that claimed to be a revolutionary force. For example, it refused to endorse electoral candidates of other socialist groups, then suddenly jumped on the bandwagon of anti-socialist Ralph Nader in 2000. It paid lip service to Lenin’s concept of vanguard parties, but soft-pedalled the critical need for revolutionary leadership and instead emphasized “revolution from below.” It never truly operated through democratic centralism, where the membership is the highest policy-making body of an organization. Instead, it used bureaucratic centralism to keep an untouchable leadership calling the shots.

Rank-and-file democracy is vital for any working-class organization. Bureaucratic methods perpetuate bad policies and uphold male dominance and white privilege — because to deal with these pervasive social influences involves a willingness to shake up the status quo and be open to criticism. Bureaucracy is a shield against all kinds of wrongdoing — as evidenced by more and more revelations from former ISOers of financial misfeasance, sexual assaults, racism, and intimidation of anyone who raised questions.

Some disillusioned ISO members are mistakenly labelling the concept of democratic centralism as the source of the group’s problems. But Radical Women functions in a democratic-centralist manner and finds this the most effective way to make sure the membership’s will is carried out.

Others are questioning the validity of revolutionary parties. Radical Women knows from years of work with our sister organization, the Freedom Socialist Party, that a deep understanding of feminism by comrades of all genders, support for the leadership of the most oppressed, and rank-and-file democracy can keep an organization as good as its word. Radical Women is also proud of the fact that Radical Women and Freedom Socialist Party members of color provide leadership on internal and external questions of race and gender through the joint Comrades of Color Caucus.

ISO attracted many individuals who are serious about fighting for socialism and human liberation. We hope that these committed radicals will not abandon the struggle.

We invite them to examine the socialist feminist politics of Radical Women and the Freedom Socialist Party. Let’s use this opportunity to strengthen the U.S. socialist movement on the basis of the leadership of the most oppressed.

Every day, capitalism is losing credibility and socialism is gaining. But if half the human race cannot trust the leaders and organizations struggling to make revolutionary change, the whole socialist effort is doomed. This is not a secondary or tertiary question. It is the main issue facing the global Left: either women’s rights and leadership contributions will be recognized and nourished — or socialism is just a pipe dream.

To learn more about the socialist feminist critique of ISO, please see these resources:

“Radical Women responds to International Socialist Organization on the impact of racism, sexism and homophobia on the working class” (2009)

“The revolutionary harmony of Marxism and feminism” (2011)

One thought on “OPINION — The Meltdown of International Socialist Organization: How Anti-Feminism, Racism, and Bureaucracy Led to Its Demise”