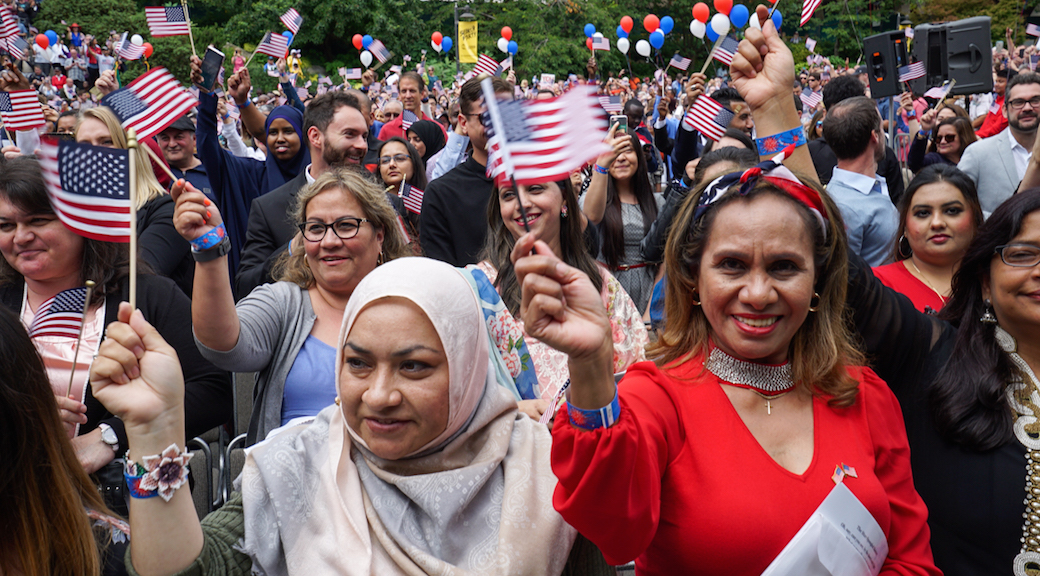 More than 500 people from 80 countries marked Independence Day by becoming U.S. Citizens at the 35th Annual Naturalization Ceremony July 4 at the Seattle Center. Hundreds came out to witness the event.

Chief U.S. District Judge Ricardo S. Martinez administered the Oath of Allegiance to the 500 new United States citizens, including dozens of people currently serving in the U.S. military, and the oldest person at the ceremony, 79-year-old Genovera Olivar from the Philippines.

After the official ceremony ended many of the newly sworn in citizens took the opportunity to register to vote. A privilege they now have as citizens of the United States.