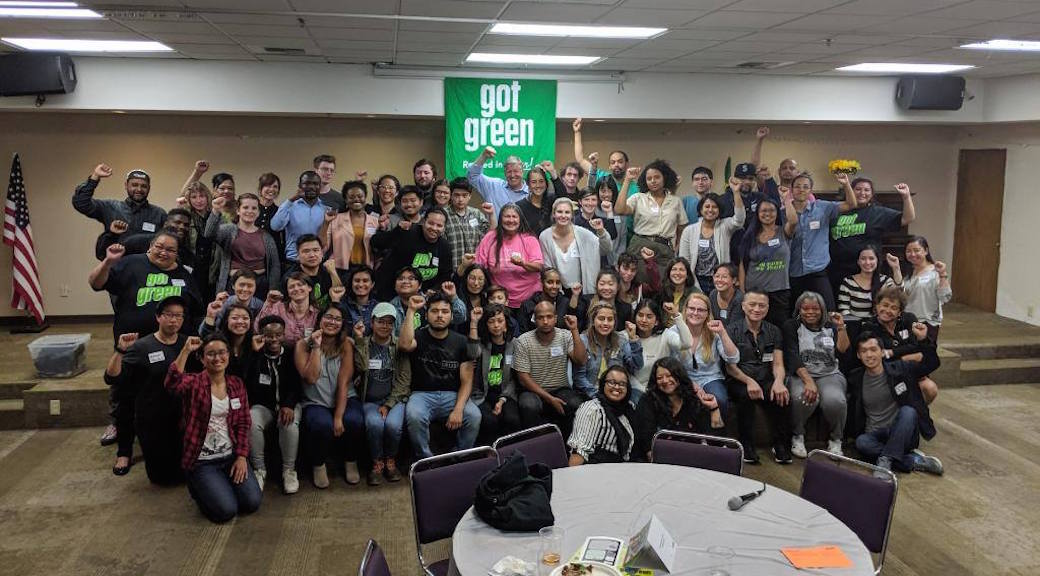 At Got Green, we feel the energy and national conversation sparked by the Green New Deal as proposed by Alexandria Ocasio-Cortez is a good thing. In this moment, it is possible to make societal change on a massive scale. Climate Change — and the fact we must restructure our lives to survive impending environmental disasters — has captured the imagination across generations. All of this is a really good thing.

To realize that vision, we need to clarify the key points in the Green New Deal and tighten the language around its goals. Furthermore, we feel strongly feel that any policy that grows from the current resolution should prioritize ongoing efforts by frontline communities to both build resiliency (capacity to bounce back after a climate disaster) and also to replace dirty energy infrastructure (through the just transition to a regenerative economy). Such policy is needed on a national and local level.

The Green New Deal is not new. In 2006, we saw “Green New Deal” popping up on the national platform of the Green Party (first in Europe, then the United States). In 2008, something very similar was introduced at the United Nations called the “Global Green Deal.” In 2017, The University of Massachusetts Amherst published a more localized version of the concept in a paper called “A Green New Deal for Washington State.”

Even before that, Common Ground Collective in New Orleans led organizing for a Regenerative Economy and had projects around Energy Democracy in the aftermath of Hurricane Katrina. In 2006, Van Jones wrote a book calling for massive national investments to grow the green economy, an equity lens to concentrate opportunity in historically oppressed communities, and a plan to transition the country to clean energy. In 1993, an organization called Community Coalition for Environmental Justice was born in Seattle. This was one of the first formations in the country of black and brown folk coming together on a grassroots level to organize, mobilize, and educate our communities around issues of environmental justice.  The language of Environmental Justice and ideas proposed in the Green New Deal are not new to Communities of Color. On the contrary, much of it comes from us. In truth, front line communities are already fighting for many of the concepts.

Now, we must put in work to keep the movement from being co-opted.

What All It Means to Seattle

Locally, Got Green is leading a coalition to pass a Seattle version of the Green New Deal. For guidance, we are educating our communities, then asking what folks really need. More than ever, we are knocking on doors and sharing hard truths about what climate change means and how low-income black and brown communities are always hit first and worst. So far, we are fighting to include community control of development; affordable housing; rooted communities; living-wage jobs; public transportation; healthy food; renewable energy; clean air, water, and land; and corporate accountability in the bundle we are calling Seattle Green New Deal.

Our position is that local policy needs to recommend substantial investment from the federal, state, and local level to kick start, support, and scale up frontline community-led work on:

Ways You Can Plug In