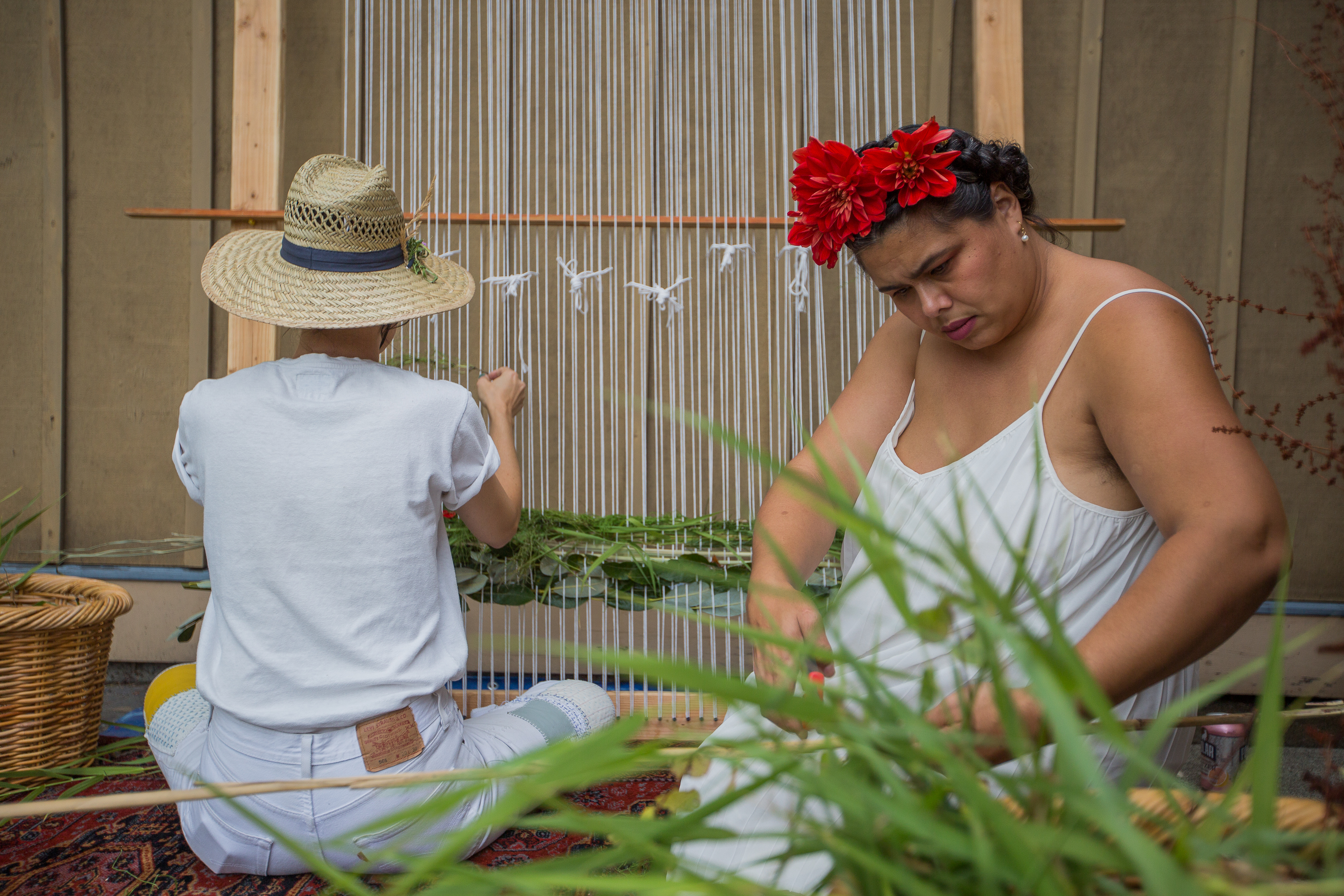 Standing on the Tukwila Community Center’s back patio, Ken Workman squinted a little as he looked towards the Duwamish River. More than two centuries ago, his ancestors looked over the same river, its shape much the same now as it was then.

“When I’m standing on these shores, it’s very easy for me to see the ghosts come by. The river flows, gravity still works, the rains come,” Workman said. “So, what this means to me is, the Duwamish people are still here. We’re still on the ground. We are still walking around. We’ve changed how we look today — as you can see, I’m dressed up in a shirt and tie — but that doesn’t mean we’ve forgotten who we are.”

Workman, a Duwamish Tribal Councilmember and a direct descendent of Chief Seattle, delivered the opening address for Welcome the Water, an event meant to foster a sense of environmentalism and appreciation for the Duwamish River through art and cooking.

Sarah Kavage, one of the City of Tukwila’s two artists-in-residence, organized the Sept. 8 event. But though the event itself is new, Kavage has been organizing art projects around the Duwamish River since the mid-aughts. In 2006, in close collaboration with the Environmental Coalition of South Seattle (ECOSS), Kavage and fellow artist Nicole Kistler co-organized temporary art installation The Living Barge, an industrial barge filled with native plants moored on the banks of the Duwamish.

A little less than a decade later, in 2015, Kavage collaborated with Sophorn Sim — ECOSS’ community outreach coordinator and a community health advocate — on a cooking demonstration. Amongst other things, Sim’s work involves teaching fellow refugees and immigrants in the area that salmon is the only fish safe to eat from the river.

Kavage said she’s always been drawn to the Duwamish River. Not only is it a unique place in the city, she said, but it visually fascinates her: “The sort of coexistence of industry and nature is really interesting to me. It’s got a very complex history that I continue to learn about.”

A major part of that history that Kavage hopes the event impressed upon attendees is the river’s inextricable link to the heritage of the area’s Indigenous tribes. Kavage sees the neglect of the river as going hand-in-hand with the active erasure of Indigenous people. But even so, Workman said the Duwamish people are still here. As he put it, “these are our original burial grounds.”

Attendees were invited not only to participate in weaving with natural fibers found in and around the Duwamish River area, but also to listen to Sim and her fellow community health outreach workers show how to prepare Vietnamese, Cambiodian, and Latin dishes with salmon freshly caught from the Duwamish River. Salmon is the only fish that can be safely eaten from the river, as salmon don’t spend their entire lifecycles in the water, which is polluted due to industry.

Kavage said she hopes attendees left with a better sense of connection to their environment, regardless of their age or how long they have lived here.

“I think we have a huge debt to pay, and a lot to learn from other cultures. We lost a lot of these connections to the environment, honoring the place around you, and the beings around you — the salmon, the water, the trees, the birds,” Kavage said.