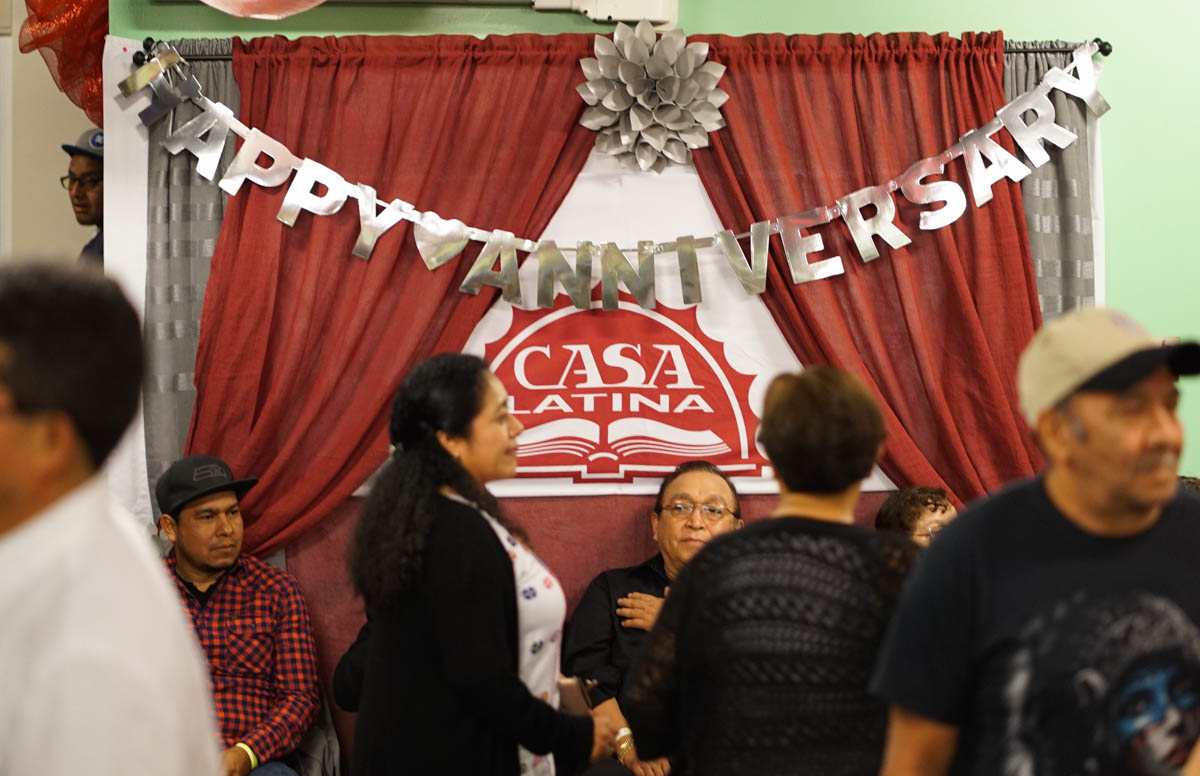 From the moment the doors opened at the Central District’s Casa Latina, on the night of Sept. 21, it was nonstop dancing to the rhythm of cumbia, salsa and bachata, all traditional Latino dance forms.

The dancers were there to celebrate the 25th anniversary of Casa Latina, a community nonprofit focused on helping the Latinx community navigate gaining employment in Seattle since the early 1990s. The organization offers Spanish speakers everything from English classes and community advocacy to day labor dispatch and safety trainings.

Casa Latina’s Day Worker Center Director Araceli Hernandez started out as a client, but began working for the organization in 1999. She remembers Casa Latina’s early days, when the organization was working out of a trailer in a parking lot, eventually upgrading to its current location in the Central District in 2009.

Hernandez said the classes offered by Casa Latina are unique, because they don’t just focus on the English language.

“We are focusing on how to deal with employers, how to negotiate, how to ask for salaries, tools –– all things related to work. It’s not too much about grammar, more about how to speak about things they need on the job,” she said.

Hernandez said that organization was particularly proud of its work organizing on behalf of the Domestic Workers Bill of Rights, which Mayor Jenny Durkan signed into law in 2018, and took effect in July 2019.

While similar laws exist in other states, Seattle is the first city to pass this law, which requires all domestic workers be paid the Seattle minimum wage, establishes uninterrupted meal and rest periods, prohibits employers from confiscating documents and establishes a board to create more workplace standards.

Rosalinda Perez said she doesn’t  remember where she saw the flyer advertising Casa Latina, but she said finding the organization changed her life.

“We didn’t have family here. I came 20 years ago, and I met Araceli and another six women and we have been in touch since then. They are my family. My kids have grown up together with them,” Perez said

Araceli said that they met when their children were toddlers. The two friends had been through much together, and Casa Latina provided them with support.

Featured Photo: People walk past a sign announcing the 25th anniversary of Casa Latina, during an anniversary party at the organization’s headquarters in Seattle, Washington, on Sept. 21, 2019. (Photo: Susan Fried)