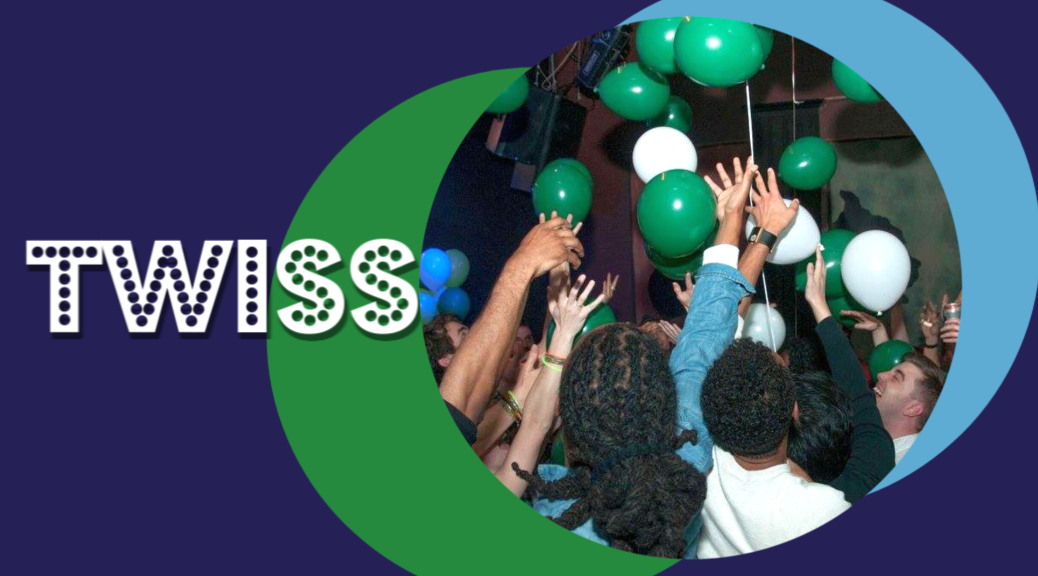 The Earshot Jazz Festival 2019 has begun with performances in venues across town. The Royal Room and Columbia City Theater will collectively host performances beginning Thursday, October 10. Artists include, but are not limited to D’Vonne Lewis, Joe Doria, and Cole Schuster, performing The Tony Williams Lifetime’s ‘Emergency!’ and Makaya McCraven.

“Rigged: The Voter Suppression Playbook speaks to the weakening of democracy in America via voter suppression. The film makes the case that beginning with the election of our first black President, conservative political forces have turned with renewed vigor to ways of winnowing the electorate of people of color, the economically stressed, and the young. The suppression playbook is replete with technique: polling-place ID requirements, voter integrity commissions, wide-scale voter roll purges, difficult voter registration requirements, reduced number of polling places, long wait times in voter queues, deleted guarantees of the Voting Rights Act overturned by the Supreme Court in 2013, and potentially suppression-favorable lower courts that have been, since the 1970’s, seeded with a preponderance of conservative jurists. To add insult to injury, the political effectiveness of those that can and do vote is reduced by gerrymandering. The film will inform and alarm you about the multiple, interconnected, and unscrupulous schemes being increasingly used to shape voting outcomes and ultimately our democracy.

This film screening is part of the Social Justice Film Festival and is a ticketed event, unlike other Meaningful Movies Project events—however, there is a free option if you mention “Meaningful Movies” at check in. Arrive early for conversation and snacks.

“Frontier Home and Beacon Arts are giddily excited to welcome back two of the finest young players in American traditional acoustic music.

Shea Serrano – Movies and Other Things

“Movies (And Other Things) is a book about, quite frankly, movies (and other things).

“Another of the chapters, for a second example, answers what other high school movie characters would be in Regina George’s circle of friends if we opened up the Mean Girls universe to include other movies (Johnny Lawrence is temporarily in, Claire from The Breakfast Club is in, Ferris Bueller is out, Isis from Bring It On is out … ).

“Many, many things happen in Movies (And Other Things), some of which funny, others of which are sad, a few of which are insightful, and all of which are handled with the type of care and dedication to the smallest details and pockets of pop culture that only a book by Shea Serrano can provide.” Tickets are first come, first served and available beginning at 4 p.m.

Opening this week: Hustlers, The Addams Family
Still Playing: Joker, Abominable, Downton Abbey, Once Upon a Time in Hollywood

“A night showcasing the city’s best and brightest spoken wordsmiths. Highlighting the artistic genius that is a well known painter in your favorite city and founder of OutsideThinc, Mujale! 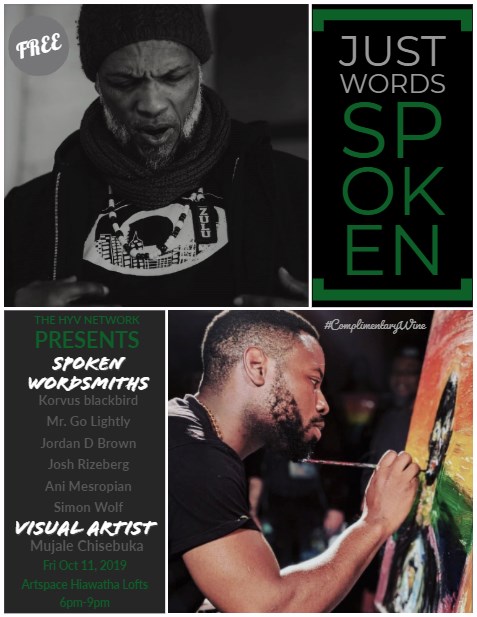 “Steeped in the deep traditions of classic Malian music & desert blues fused with a youthful & super-charged sound of today, these 4 young men from Timbuktu continue marching, playing & dancing their way into the hearts & minds of music fans everywhere with their electric, eclectic & kinetic songs.

“The band are also proud spokespersons for the charity WaterAID, and have helped to raise money & awareness toward providing relief in their native Mali. They will be appearing in an upcoming documentary on climate change in the Sahara; and were featured in the award-winning documentary “They Will Have to Kill Us First”, about the plight of musicians in war-torn Mali (https://www.theywillhavetokillusfirst.com).” 21+

“Join us for a discussion on the intersections of race and disability to learn, through the lived experiences of the panelists, about the disparities in equitable outcomes for people of color with visible and invisible disabilities, and the value of integrating disability justice with anti-racist work.

“Dig into the crates of local vinyl hounds!” All-ages 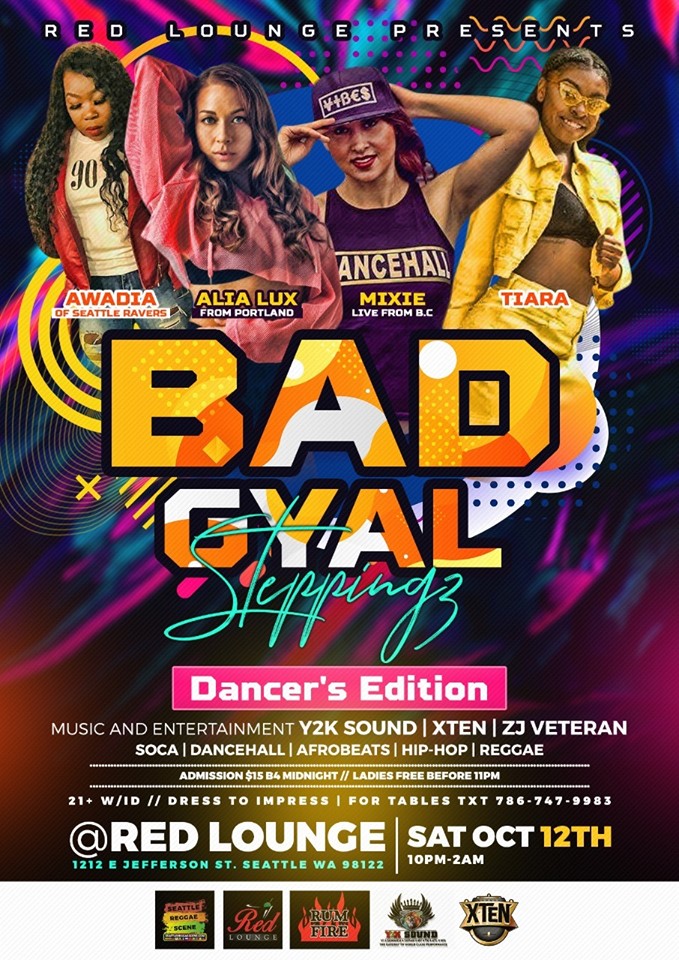 “Whether you are based in Seattle or visit frequently, you’ll find yourself recognizing quite a few of the unapologetic, unscripted responses to Seattle local Momma Nikki’s interview questions for queer and trans people of color (QTPOC) musical badasses. This documentary isn’t just a showcase of what QTPOC artists are doing—it centers on questions of support and equality for QTPOC creative types in the music scene as it relates to race, queerness, and gender equity. Be prepared to be inspired—and sing along.” Find a full list of Seattle Queer Film Festival events here. 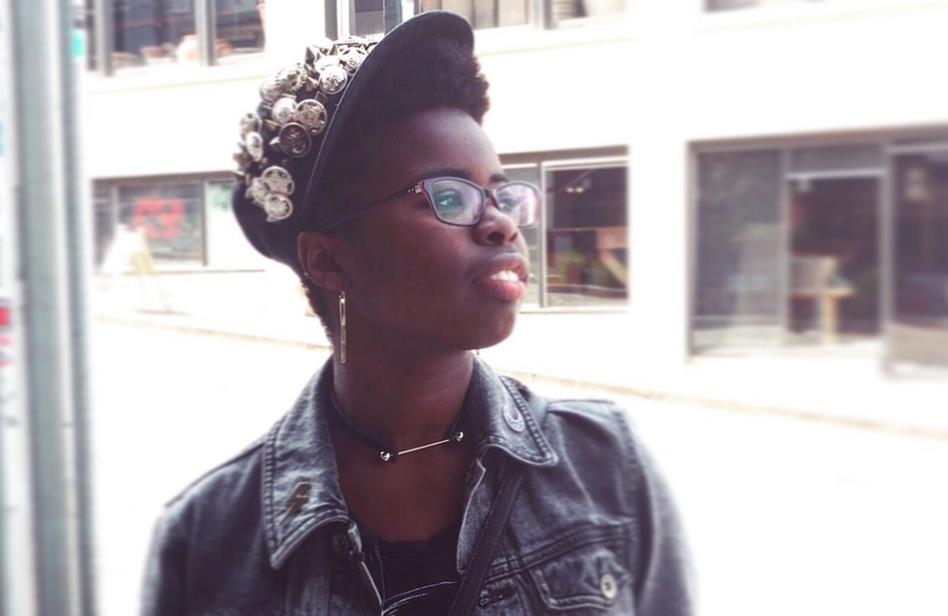 “In partnership with University of Washington’s School of Social Work, this community dialogue series invites and highlights voices and ideas from across the black diaspora on important topics that inform the individual and collective black experience. October’s session is entitled: Social Capital and Collective Economics. It will be a moderated conversation that includes the voices of performing artists, spiritual and body workers, writers, authors and more from across the Northwest. Free & open to the public!”

“In 2012, Seattle entered into a settlement with the U.S. Department of Justice to address findings of use of excessive force and racial bias by the Seattle Police Department, and in 2017, our City Council unanimously passed a landmark Accountability Ordinance that made Seattle a national leader in rebuilding community trust and confidence in police officers.

“Currently, certain provisions in contracts the City signed with two police unions would return Seattle to the old regime that failed to provide adequate disciplinary oversight and accountability. The federal judge overseeing the 2012 settlement agreement ruled in May that the City has fallen out of compliance. The next City Council will be involved in negotiating the new contracts.

“Join us at this important candidate forum to listen to the candidates’ stances and be on the record on one of the most important issues affecting our families and communities.
Program will begin at 6:30 pm sharp. Please consider arriving by 6:00 pm.” 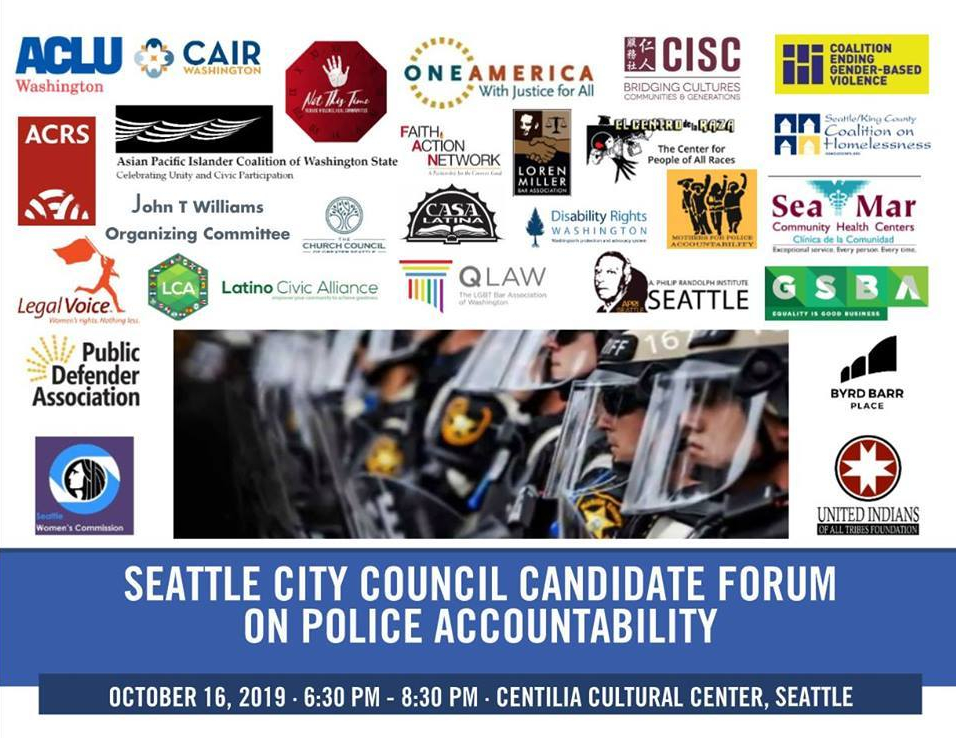 Here’s a quick round-up of the ones we know about (listed in chronological order; list updated frequently):

Cafe Red’s Open Mic for All (Second Thursdays; see Facebook for next date.)

And check out these comedy-specific open mics:

If karaoke is more your speed, check out these venues:

**They also have karaoke at Marco Polo Bar & Grill in Georgetown on the weekends.

THIS WEEK IN SOUTH SEATTLE Glossary:

*NOTAFLOF = “No one turned away for lack of funds”

Door = Price at the door

FREE = As far as we can tell, you can show up and have fun without buying anything.

Free to Attend / No Cover = We don’t think there’s a cost to attend, but you may feel enticed or expected to buy something or make a donation (especially if the event is at a bar or restaurant or is not-for-profit and/or a fundraiser).

Family-Friendly = This is an event for the whole family.

To submit an event for inclusion in “This Week in South Seattle,” email us at editor@southseattleemerald.com. Help us out and include the event title, date, time, venue/address, cost, and a link to more information. Thank you!