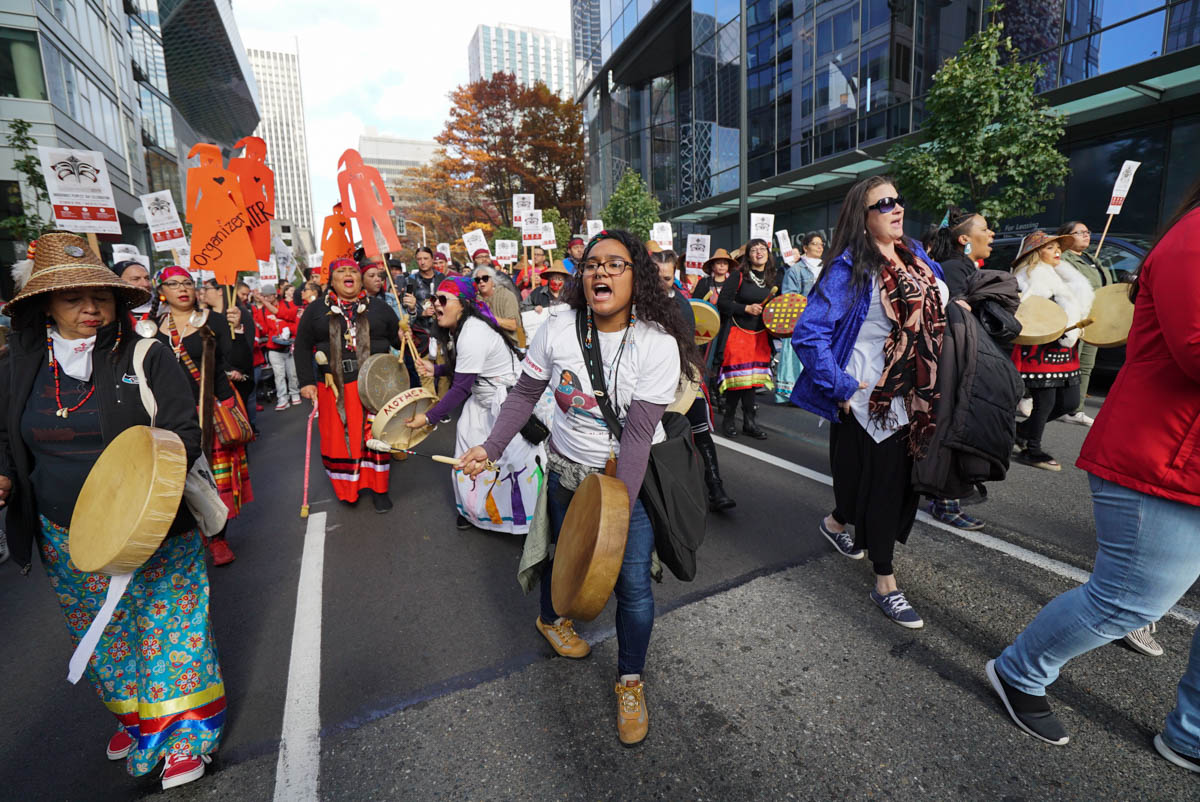 Led by Indigenous Sisters Resistance, Indigenous People’s Day rally attendees sang, “today is for us, Indigenous people, rise up, sing loud, celebrate and be proud,” their words ringing through Westlake Park on Oct. 14.

Since the Seattle City Council officially replaced Columbus Day with Indigenous People’s Day in 2014, the second Monday in October has become a time for Indigenous people and their allies to celebrate and acknowledge the history and culture of the original inhabitants of the Americas.  The daylong celebration in Seattle began at Westlake Park with performances, and ended at Daybreak Star Indian Cultural Center with a salmon dinner, an honoring of elders and more performances by Indigenous people from local tribes, Northwestern Mexico, Chile and Tonga. The theme of the evening was “Love Knows No Borders,” which acknowledged the culture and heritage of Indigenous people in other parts of the world.

Feanette BlackBear, one of the honorees, spoke of the prophecy of the Condor and the Eagle, a legend from the Indigenous people of South America that says that human society is divided into two paths: the path of the Eagle, which is masculine and industrial, and the Condor, which is feminine and intuitive.

According to the prophecy, 500 years ago, the Eagle people became so powerful that they almost drove the Condor people from the earth. But the prophecy also states that by the beginning of the 21st century, the Eagle and Condor will come together to create a new level of consciousness. BlackBear called for the Indigenous people around the world to help realize the prophecy, saying that Mother Earth, also represented by the Condor, is in need of help.

“Right now, if you look around Mother Earth, you know that she is injured and she is crying out for help and we, Indigenous people already knew about these ways 500 years back, when Christopher Columbus first set foot here on this land,” BlackBear said. “It us up to us for the next 500 years to fulfill this prophecy.” 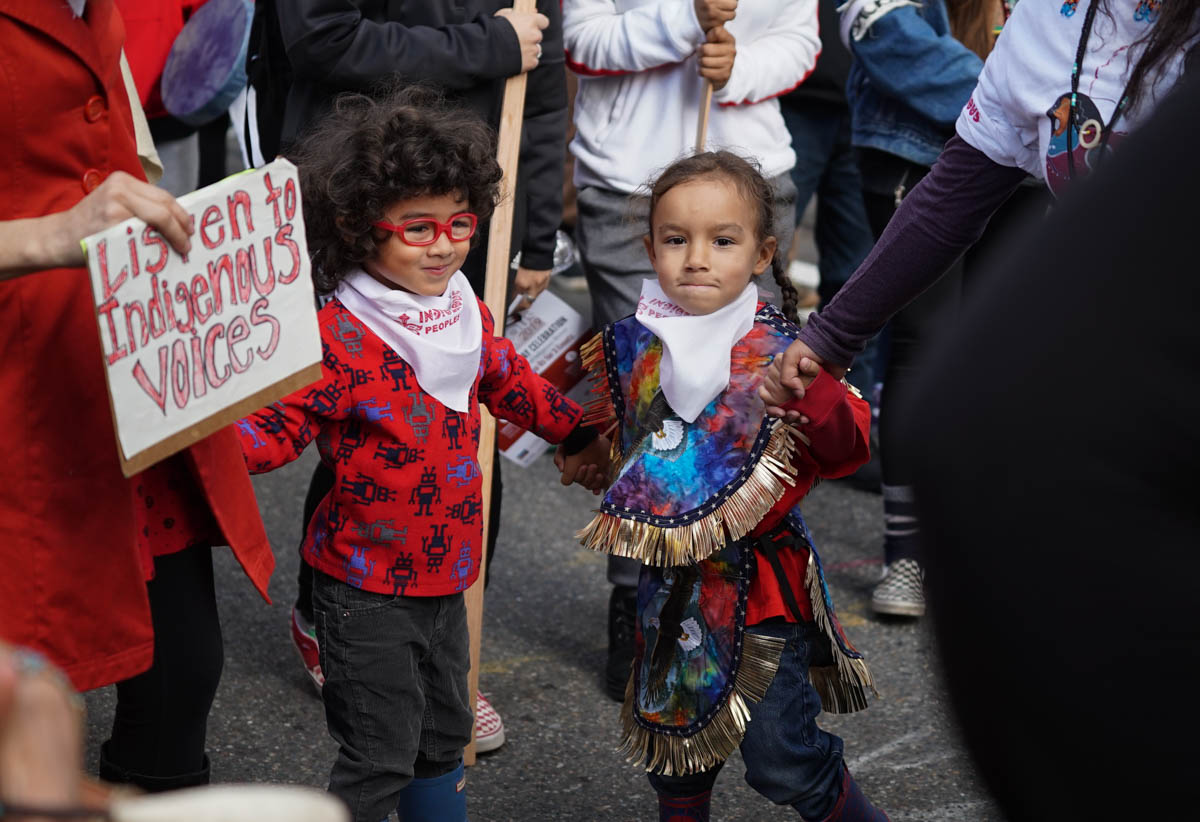 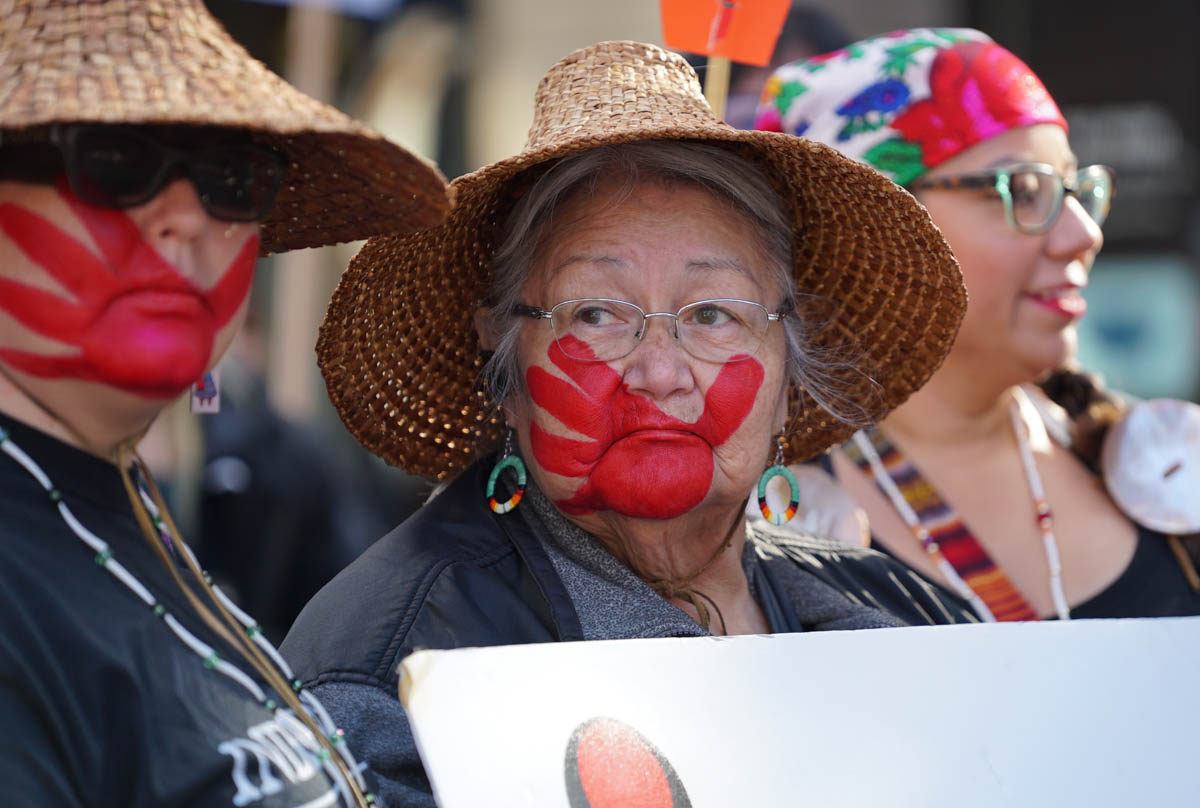 Laverne Wise, center, and her daughter Jessica Dominy, left, wear the symbol of the red hand on their faces to acknowledge missing and murdered Endigenous women and girls, during a rally celebrating Indigenous People’s Day at Westlake Park in Seattle, Washington, on Oct. 14. (Photo: Susan Fried) 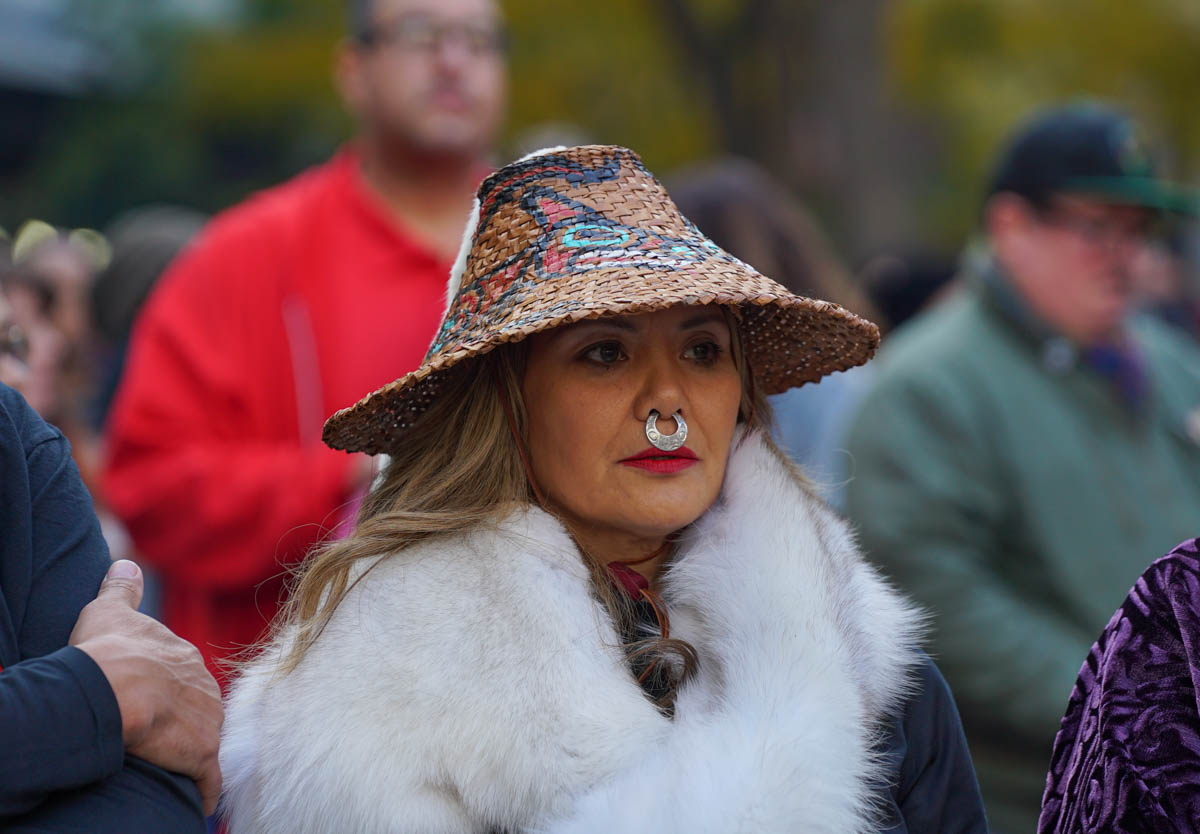 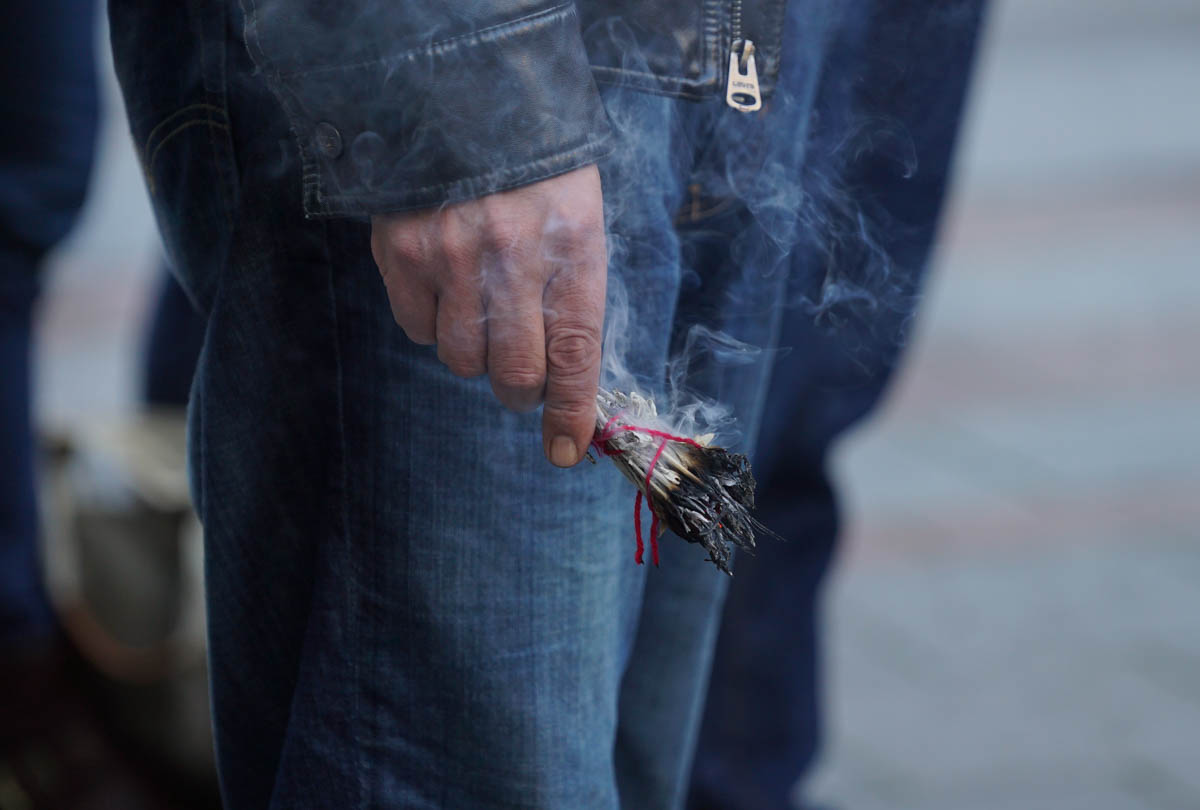 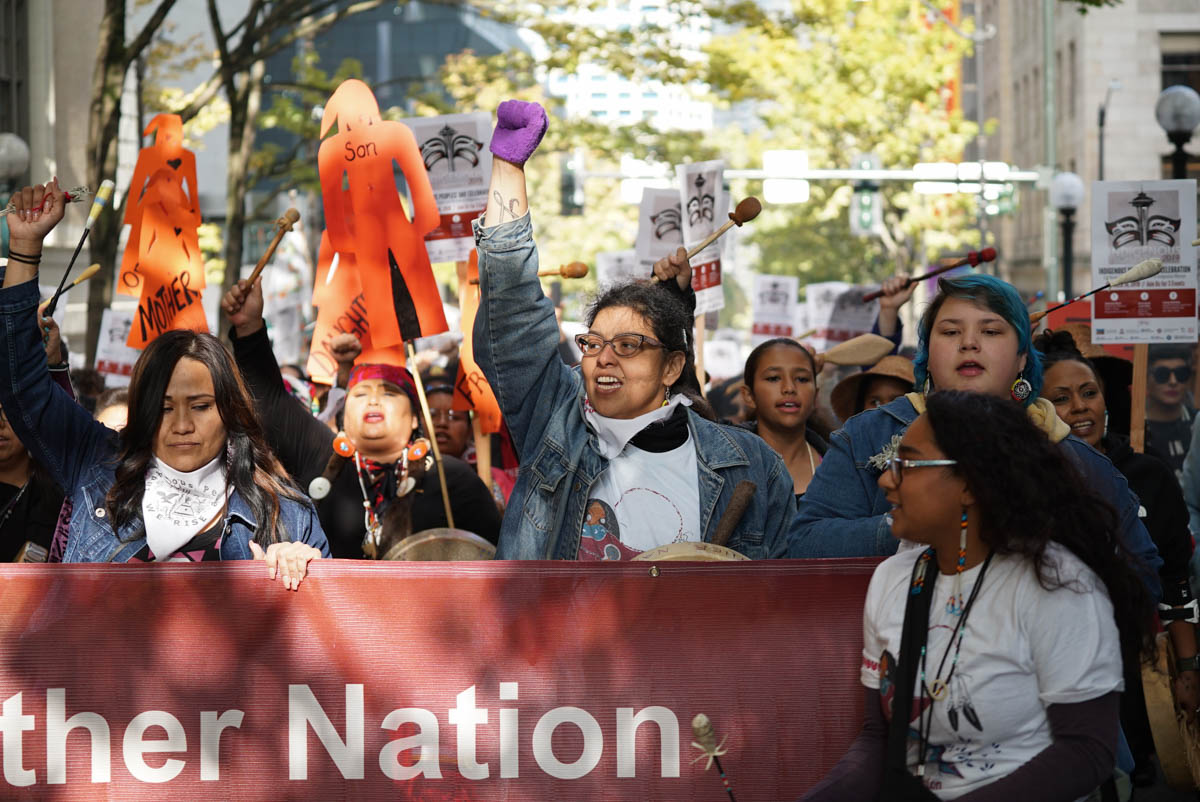 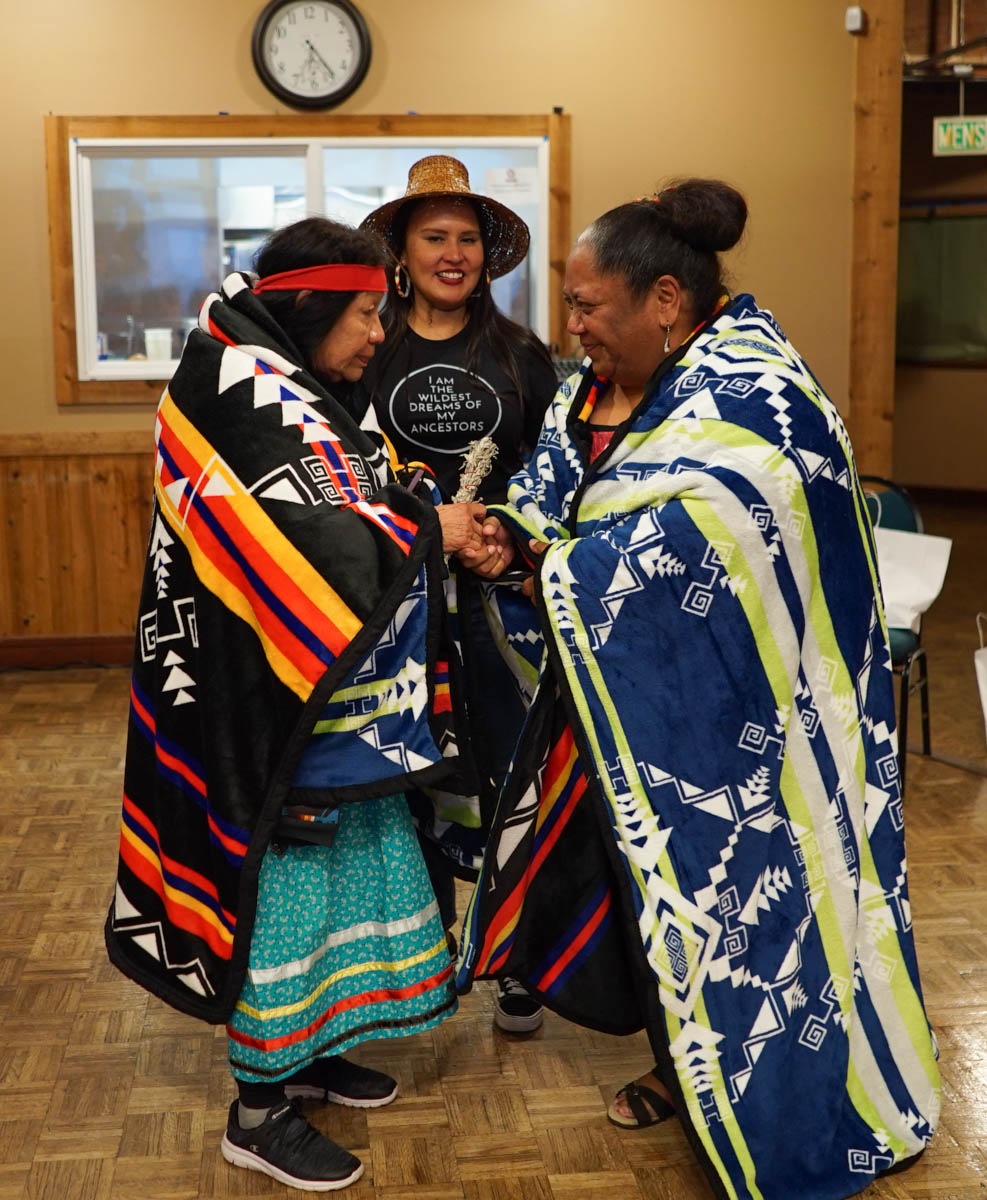 Feanette BlackBear, left, and Sili Savusa, right, greet each other, after they were both honored for their contributions to the Indigenous community during the Indigenous People’s Day celebration on Oct. 14 at Daybreak Star Indian Cultural Center in Seattle, Washington. (Photo: Susan Fried) 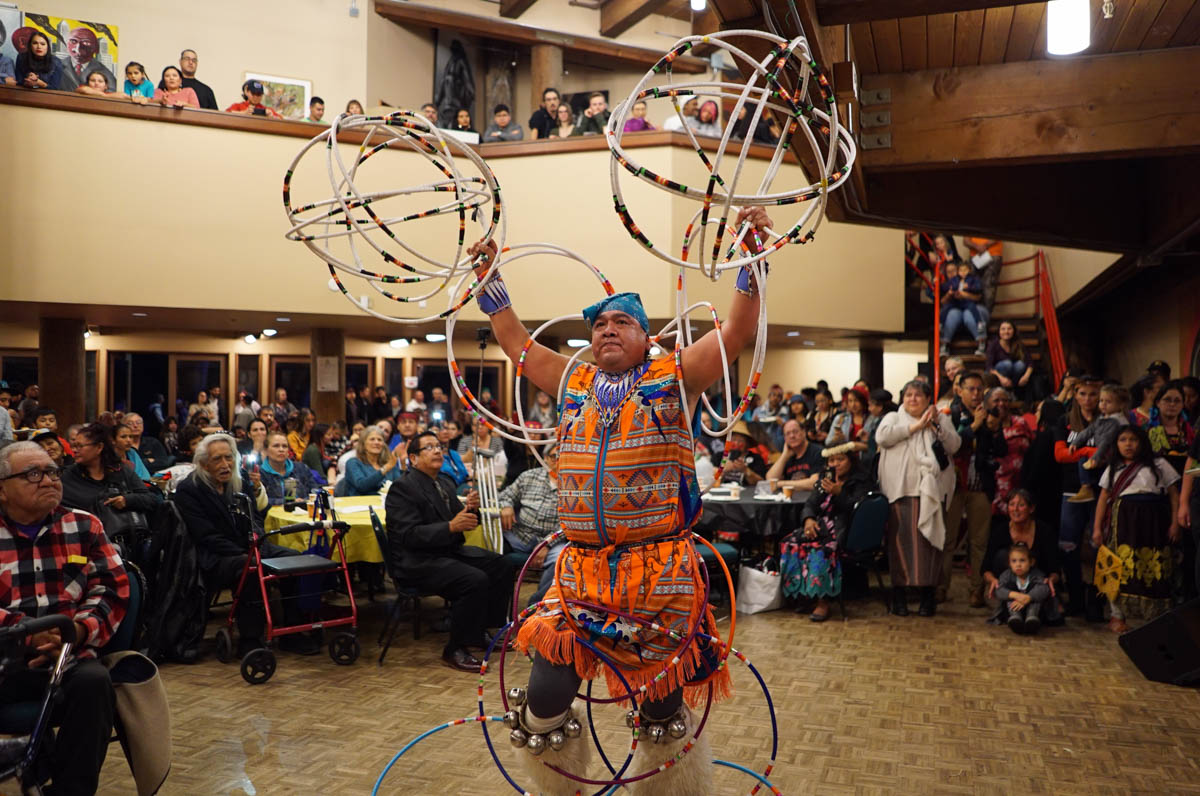