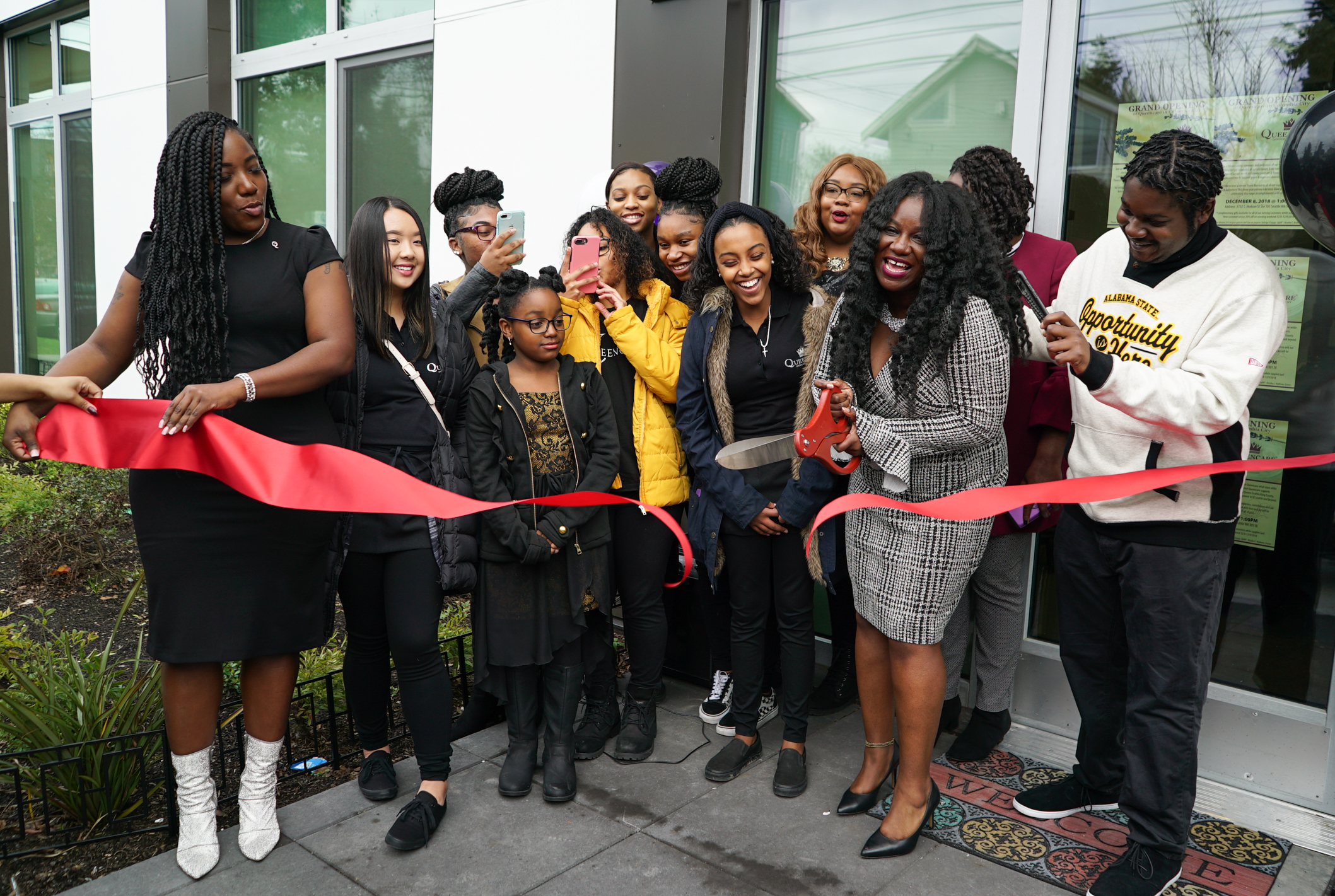 October is National Women’s Small Business Month. Across the United States, 11.6 million businesses are woman-owned. The Emerald chatted with three Seattle-based women entrepreneurs of color about the hurdles they faced in starting their own businesses, and why they believe visibility in the community is so important.

“I was in labor, and working in between. I had contracts I had to complete, and I had to do, like eight commercials in one month. And we did it, and I did a great job with it, but, when I look at it, that’s not really something that we should be doing. I should have been able to be on that labor bed, and have my daughter without working,” Hall said. “But that’s also something that’s very amazing about women –– how we can bear children, have children –– literally birthing a child –– and still be able to get the job done.”

Hall started K.D. Hall Communications, a communications and consulting business, six years ago. Though she founded it with her husband, Hall is the principal face of the business and handles all of the work. The pair also has a nonprofit they started in 2015 called the K.D. Hall Foundation, which aims to create opportunities to provide economic advancement for women and girls in Seattle.

One of the hardest things about starting her own business, Hall said, was not only learning to value her own time, but getting others to value it, too. She suspects this would have been different, had she been a man.

“A lot of people, they expected me to do things for free, or at a lower cost. And, for a moment there, I had to do that to get my name out there. And then, there came a point where I was noticing that I was giving world-class service and being paid pennies,” Hall said. “A lot of times, as women, we are taught to be nurturing, and we are taught that we will eventually make our way there, but I saw that that wasn’t happening to me.”

Hall said she dug in her heels, and stopped taking contracts that didn’t make financial sense. In the process, she learned to value what she brought to the table, and “stopped trying to act like a man,” and instead “act like a woman in business.”

Dr. Kirby Teuila Grey is no stranger to feeling as though she had to fit a certain mold, when she entered the world of acupuncture. Grey runs House of Teuila in the International District. Working and learning with fellow practitioners who were either of East Asian descent or white men, Grey said she was surrounded by a sense of how healing in the field was supposed to look –– spa music or nature sounds, “hippie woo-woo” or East Asian-inspired art. But that didn’t resonate with Grey, who said that all of that just wasn’t her.

“I didn’t want to give up my identity, and the vision that I had for the clinic,” Grey said. “It was interesting trying to be like, ‘Well, this is what healing looks like. This is who I am.’ So, for example … I put on jazz, or I’m playing around with hip-hop beats, and, like, 99 percent of my patients really love it.”

Grey also said getting into acupuncture as a person of color who didn’t have an East Asian background was challenging. Coming from a mixed-race background of Samoan and white, Grey believes she had a slightly harder time starting her business, because she was at a disadvantage from the get-go, lacking access to the same resources and opportunities as her white colleagues. This played out recently in attempting to hire contractors for a clinic space in the International District. While she Grey said that the contractors she hired didn’t run into pitfalls, she did.

“[There was] this level of unawareness –– or this level of, I was supposed to know, how didn’t I know. I thought I’d talked to everyone that I could, so I could make the best business decision that I could, and I still ran into major problems,” Grey said. “Problems that I really feel like, if I had money, or if I was white, this wouldn’t have happened.”

Monika Christine Mathews is the Executive Director of Life Enrichment Group (L.E.G) an organization created in the early aughts meant to provide guidance and address the challenges youth of color face on a daily basis. Her 2015 retail skincare line, QueenCare, was born of that effort in 2015, but even though L.E.G has been around for more than 15 years, Mathews admitted she faced internal struggles in creating the skincare line.

“I felt like a fish out of water in the beginning but I knew that the power in providing young ladies both a visual example of someone who looks like them in business coupled with a means to make money would be invaluable and could change thought processes in regards to making healthy choices,” Mathews said in a written interview.

She also faces the ongoing struggle of getting youth out from behind the computer, and into her brick-and-mortar shop, a move that Mathews said surprised some, given that so much of today’s retail environment exists online. But she firmly believes in the power of face-to-face interaction, so, going against the tide, Mathews stuck by her decision to open a physical store, in addition to an online one.

Despite the hurdles they have faced, owning their own businesses isn’t all difficulty and second-guessing themselves. Even though she’s in the process of migrating much of her practice to Portland, Grey said she loves being able to provide a welcoming space for queer and trans people of color who might not otherwise feel safe visiting a white practitioner. She’s also happy she can provide a referral network for these same folks, if she can’t take on new patients. Most of all, she feels supported by her community, especially through the difficult times.

“Most of the people I was able to call on were minority business owners, and they were really helpful and amazing. And, even as I’m closing down this shop, the community is fully supportive, and I definitely don’t feel isolated,” Grey said. “The community has my back, and wants me to succeed. It’s obviously a reciprocal relationship.”

Hall said she wants other young people, not just young girls of color, to learn from her own experience. She wants young women to learn from one another, and recognize that their time is a currency more important than money, because they can’t get time back. But she also said it’s “as important that those white boys see me in leadership positions as it is Black girls.”

“What you do is you change a whole ecosystem. And, to be really transparent … a lot of times, young, white girls are just as influenced by my leadership as young Black girls, as young girls of color,” Hall said. “I think it’s because, though I am a Black woman –– I lead with that, you know that, when you see me –– I also believe in inclusion.”

To Mathews, QueenCare is also a way to foster economic development and self-esteem amongst Black youth in Southeast Seattle, Mathews said. Her storefront location also provides youth with a way to actually talk with her face-to-face, and see that growth and power are possible.

“The most heartwarming part of my job is knowing that this is yet another part of my legacy which is shaping into an enterprise that I am so very proud of. …  As I look over my life thus far I remember being a young teenage mother and people thought I would be a statistic, I even thought that I would not make it at one point,” Mathews said. “I was able to overcome because I was determined to change the trajectory of my life. I also had mentors who invested in me and I’m honored to be able to give back and invest in the lives of future generations.”

Featured image: Family, friends, and some of the young women who participate in the Young Queens program join Monika Mathews, owner of QueenCare, center right, as she cuts the ribbon at the opening of her new Columbia City store in Seattle, Washington, on Dec. 8, 2018. (Photo: Susan Fried)