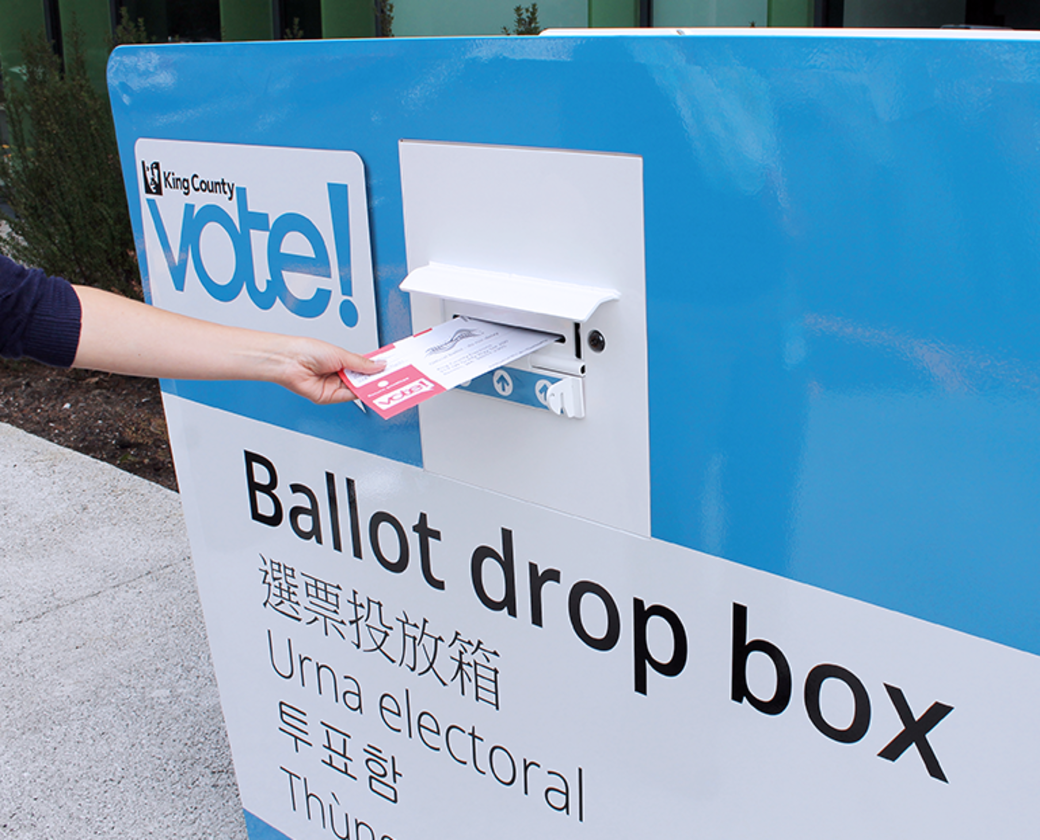 In November, voters will get to decide the fate of affirmative action, which has been at issue in Washington State since the late 1990s.

This past April, the Washington State legislature approved Initiative 1000. Its implementation would repeal Initiative 200, which has banned affirmative action in the state since its passage in 1998. Anti-tax activist Tim Eyman helped bring I-200 to the ballot and more than half of Washington State voters approved it, adding language that prohibited government hiring, contracting, and admissions to universities to use race, sex, color, ethnicity, or national origin in its process.

Two groups have emerged with different interpretations of how I-1000 would be implemented, if passed: Let People Vote, which opposes I-1000, and the Washington Fairness Campaign, which supports it.

Supporters of I-1000 include people like former state lawmaker and 9th Congressional District candidate Jesse Wineberry, who recently spoke at a candidate forum organized by the Coalition of Immigrants, Refugees, and Communities of Color (CIRCC).

“As long as America discriminates against people based on race, we must use race to remedy that discrimination,” Wineberry said at the candidate forum.

Kan Qiu, who leads the Let the People Vote Campaign, filed to take the issue to the voters, eventually collecting 130,000 signatures to add Referendum 88 to November’s ballot, allowing voters to have the final say on affirmative action. Voting in favor of the referendum would keep I-1000 in place, while voting against it would do the opposite.

“For people like me, [I-1000] would affect my kids getting into [the University of Washington], and then later on in their life, employment … so basically affecting several stages of anyone’s life,” Qiu said.

According to a 2019 article in Crosscut, Qiu’s work isn’t confined to Referendum 88. He began his organizing in opposition to a planned establishment of an equity department for the Bellevue School District.

Qiu and another group he helped lead, Washington Asians for Equality, showed up at school board meetings to protest against the department’s creation, claiming that it would give preferential treatment to some ethnic groups, while being unfair to others.

His concerns with I-1000 are similar. The Let People Vote website claims that I-1000 “would abolish the standard of equality for all, regardless of races, sex, color, age, ethnicity, or national origin,” as required by I-200, “and replace it with a system that uses different rules for people of different races.”

The United States Supreme Court has set a precedent regarding race or ethnic quotas by ruling in the 1977 case of Regents of the University of California v. Bakke. It ruled that the use of numeric quotas based on race or ethnic groups used in the process of admission is unconstitutional.

Although the text of I-1000 includes language that bans the use of quotas, Qiu believes that the devil lies in the details.

“At the top it says ‘no quota,’ … but actually in the text, in the detail, it actually has more room for implementing quotas,” he said.

Qiu believes that portions of the text that speak to disparity studies, timetables, and preferential treatment in section 3, parts 8, 9, and 11 provide that room.

Other community leaders think that this belief is rooted in the spread of misinformation about I-1000.

“It explicitly bans quotas and creates a very strong statutory… clarification [is needed] of what preferential treatment is versus affirmative action,” Civic Engagement Program Manager for the Asian Counseling and Referral Service (ACRS) Joseph Lachman said.

ACRS is a non-profit that focuses on service for Asian Americans in the realms of behavioral health, civic engagement and social justice. It endorses I-1000 and supports the Washington Fairness Campaign.

According to Washington State’s Office of Minority and Women’s Business Enterprises, on the eve of I-200’s passage in 1998, 13.31% of expenditures by state agencies and educational institutions went toward certified minority and women owned businesses. By 2018, that percentage had declined to 3.6%, amounting to an estimated loss of $3.5 billion in revenue over the past 20 years.

“It hurts everyone when we don’t actually address some of the systemic barriers that folks are facing, because the idea that you can just ignore all of these protected class elements when doing contracting or employment or admissions –– it’s a nice idea in concept, but it doesn’t acknowledge the systemic barriers that folks have been facing for centuries in this country,” Lachman said of this decline.

But Qiu believes that the drop in the percentage is due to businesses not applying to become certified minority-and women-owned businesses.

“I think that data is misleading, because it only counts … certified businesses of women, minority-owned business,” Qiu said. “There was less incentive for people to even apply for the certification … After I-200 [passed], you’re no longer preferred because you’re going to be given equal treatment.”

Regardless of his own beliefs about I-1000, Qiu said it shouldn’t be up to legislative officials to decide the fate of affirmative action in the state.

“If you want to repeal a vote or approve the act, I-200, then at least from democratic process point of view, you should let the voter to decide those major changes,” Qiu said.

Referendum 88 will appear on November’s ballot. More information about voting may be found here. Mailed ballots must be postmarked no later than Nov. 5.