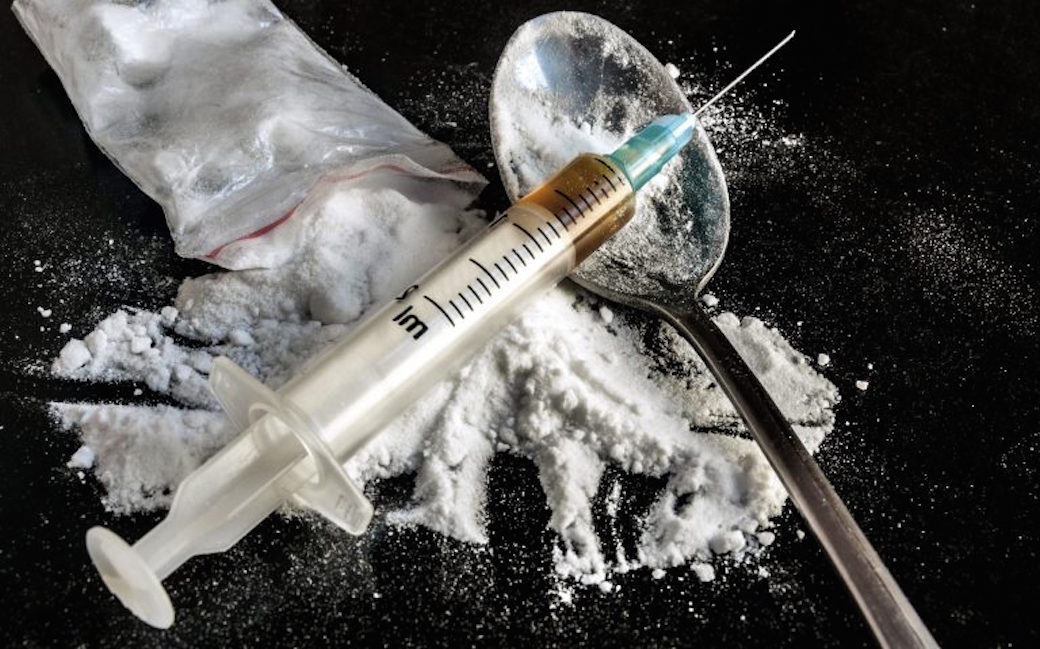 I sat in the backroom of a business in Southeast Seattle, waiting for Robert to arrive. Known by his friends as “Bobby,” he walked in with a smile on his face and joy in eyes. The smile didn’t hide the tough life he’s had. I couldn’t help but notice his matted-down hair and torn jeans. He carried garbage bags full of his possessions and gave a loud, “Whew!” as he placed them on the counter.

“I’ve been waiting for this all week,” he said and unpacked a new shirt to put on.

Shortly thereafter, in walked “Sarah,” a Certified Nursing Assistant (CNA) who asked that her real name not be used. The business did not know the pair would be meeting at this place.

She told Bobby to sit down at the counter. He took out a hypodermic needle that he said he bought at Rite Aid on the walk over. He pulled out an aluminum foil packet, and unwrapped it to reveal a white, powdery substance –– heroin. He melted the drug in a spoon over a candle and loaded it into the needle. Rolling up his shirt, he exposed mounds of abscesses and skin infections, and administered the heroin directly into a vein in his right arm. With a sigh of relief, Bobby took a deep breath and drifted off.

As an admitted heroin user, Bobby’s story is like many others. He was a star athlete in high school, but in his junior year he received a career-ending injury, after being blindsided by the defense during his homecoming football game. The family doctor quickly prescribed him Oxycodone but left out that the prescription drug carries with it a high risk of addiction and dependence.

Six months later, Bobby’s father was laid off from his job at the local factory mill, and his parents could no longer afford the prescription. Bobby was immediately taken off the medication. He confided in a close friend, who suggested he use heroin. Fast forward 35 years, and Bobby is still actively using.

Bobby’s story spotlights a question that users and advocates have been asking for years: could safe injection sites help those who are addicted to opioids? For Bobby, it’s not a matter of quitting his heroin use, as he’s accepted what he calls his “lot in life.” He said he isn’t worried about quitting so much as surviving. This is why he met me at the undisclosed business with me earlier this year.

Bobby and several of his friends use this business as an underground safe injection site. They meet, have a medical professional handy, in case of an overdose, use their drugs, and then head back out to the streets to find shelter and food.

Lawmakers have debated safe injection sites for several years, particularly following their implementation in Vancouver, British Columbia, Canada, in 2003. Policymakers and voters have turned down the concept many times, as several cities across the United States, including Seattle, have considered opening these safe injection sites that will help those struggling with addiction.

Including Vancouver, there are approximately 100 sanctioned supervised injection sites in operation worldwide, mostly in Europe, Australia, and Canada. However, there are none in the United States and President Donald Trump’s administration has threatened to prosecute any jurisdiction that allows them, arguing that it enables drug use and would create public safety problems.

When users attend a safe injection site, not only are they able to consume their drugs in a safe and sanitized environment, but they are also given information for a multitude of treatment and rehabilitation options. Enrollment in these facilities increase as users are getting proper information during their use.

“When you’re high, it’s an indescribable feeling, it doesn’t even feel real, but when you come down and realize you’re sober, it’s the absolute worst,” Bobby said “It’s awful … the absolute bottom of the barrel.”

He went on to share about how he gets his drugs and feeds his daily habit, saying that he “will do anything for the next fix — it doesn’t matter what it is. Many times, I’ve stolen things, and got caught, just so I could turn around and make some money from it to buy drugs, even more than food at times.”

Drug users are not always looking to quit their habit. More often than not, they’re looking to survive. Lawmakers can continue to pour money into programs and facilitates and force users to attend meetings under the threat of criminal charges and incarceration, or they can provide an environment where people can use drugs safely, and be offered the help they need.

The answer to this epidemic is not simple or clear by any measure. As cities start to see the importance of safe injection sites, and their benefits, people like Bobby will have a higher chance of survival.

Yet for Bobby, it’s back out on the streets. His high gone, he slowly drifted back to reality. Grabbing his bags, he cleaned up his mess and said goodbye. I could see the realization on his face develop as he came back to his reality. Despite this, he shook my hand, thanked me for not judging him and left me with some powerful words: “I’m no less than anybody else, I just want some help. We all need it, at some point in our life.”