Quietly, after a long, still unresolved battle by activists to stop it, the new youth jail and court facility rising above the old, still standing. and still being utilized Youth Services Center at 12th and Alder is preparing to open and begin its part in King County’s correctional system “in the next several weeks.”

A spokesperson for the King County Executive’s office confirmed the opening plans with CHS this week and said construction of the project’s main detention, court, and services building has been completed.

In 2018 after years of opposition to early efforts on the project, groups began a call for “a period of redesign” saying plans for the $200 million-plus facility are outdated and out of step with changing approaches to juvenile justice and incarceration.

One last hope to stop the project in its tracks evaporated last December when the Washington State Supreme Court delivered a key decision for county officials, ruling that King County could continue collecting taxes to fund the construction, unwinding technicalities in the ballot language for the 2012 $210 million levy.

The new facility has remained under construction throughout the efforts to stop it. On the same campus as the existing juvenile justice center along 12th Ave about a block south of Seattle University, the county has been looking to replace the courthouse and administrative buildings for years. The recession of 2008 held up plans for the expensive project, but the county passed a roughly $210 million levy in 2012.

King County Executive Dow Constantine has also maintained he is leading necessary change to address issues of race and equity in the justice system. CHS reported here on the county’s efforts to show its changing approach to juvenile crime and justice. In 2016, the proportion of black youth in jail decline from 58.5% to 49.9%, county officials say. According to U.S. Census figures, about 7% of the county population is black and another 5% identified as multiracial.

Meanwhile, in July, the King County Council voted to name the new Children and Family Justice Center in honor of the late Judge Clark who passed away in 2015.

An announcement of the honor from the King County Superior Court summed up some of the reasoning behind her selection:

Her real mark was on the Juvenile Court bench as Chief and Chief Advocate. She was innovative and worked tirelessly to build bridges with the community, always striving for fairness – telling anyone who would listen that we had to do better by our children. She was the most important advocate for the new, bright, and clean Children and Family Justice Center, adamant that people would be willing to tax themselves to get children out of the old sagging facility.

“In Judge Clark’s courtroom, defendants were treated with justice, but also with the idea that they were young people who needed guidance and lessons,” a statement from the King County Council upon her death in 2015 reads. “Beyond her family, Judge Clark’s greatest legacy will be those young people who thanks to alternatives such as Drug Court and Family Court, are given an opportunity to become thriving members of the community, and not just another young person in jail.”

Though there were announcements posted over the summer about the county council vote on July’s naming decision, media and the general public weren’t notified about the decision or a recent “small gathering of key folks involved in the project with members of Judge Clark’s family and Justice (Bobbe) Bridge” to mark the end of construction on the project’s main building.

Activists including No New Youth Jail organizer Nikkita Oliver brought the milestone and the naming decision into the light last week on social media:

Last week I asked if the new youth jail opened. Over the course of the last week I have heard that while the facility did not open, King County did have a “hush hush” naming ceremony. Not only was the naming ceremony kept secret but it was also highly secure.

The focus for some has shifted away from the facility. No New Youth Jail Seattle joined a coalition of community groups that successfully pushed for millions of “restorative justice” spending to be added to the city’s 2020 budget.

Despite the impending opening of the new facility, construction of the full project still has a few years before it is complete. A county spokesperson characterized the project as “about two-thirds complete.” The next phases will bring demolition of the old facility, construction of a new parking garage, and creating the Alder Connection “with the associated outdoor public art, landscaping, and amenities.”

“All this work is expected to be complete in spring 2021, at which time we will have a more formal public event,” the spokesperson said.

You can learn more about the Judge Patricia H. Clark Children and Family Justice Center at kingcounty.gov. 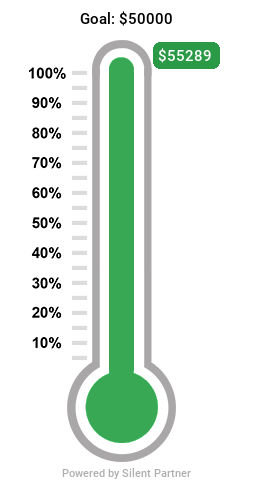